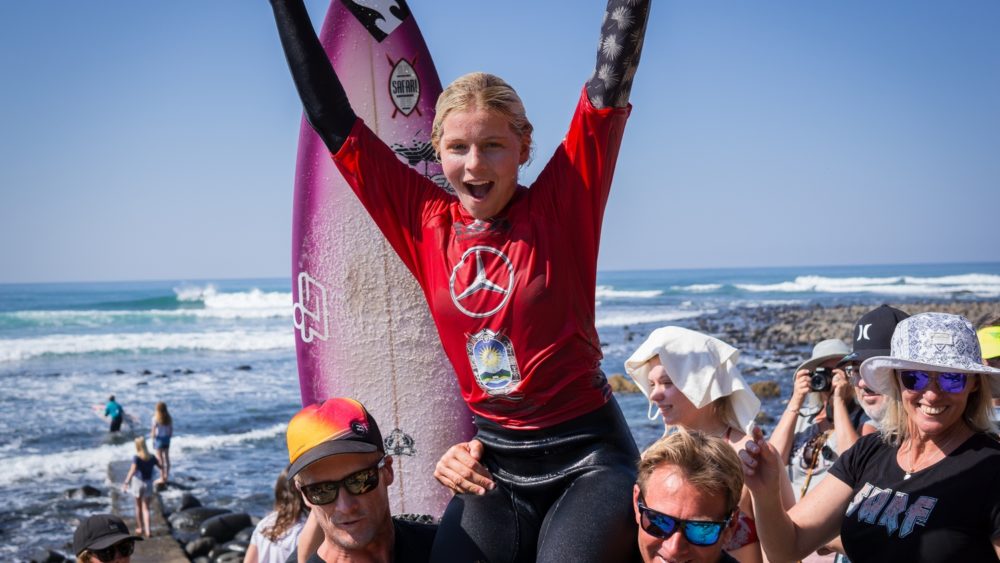 What an excellent week of surfing we enjoyed in East London for the 54th annual Mercedes-Benz SA Surfing Championships presented by Buffalo City Municipality, the longest running surfing event in South Africa and the second longest running surfing event on planet earth. Put that in your pipeline and smoke it. Besides the one particularly challenging day we ran at Nahoon Corner and experienced a rip straight from the depths of satan’s ugly triple 6 hell, the waves were rippable from start to finish. Even though numbers have dwindled over the last few years for SA senior Champs – this may be due to a tightening economy, amongst a host of other reasons – SA Champs remains a highly relevant and important surfing competition. This is what Tash Mentasti had to say, ”When you win SA Champs it makes you a champion in a sport you’ve chosen to represent. It’s an extremely proud moment to call yourself a national champion.”
Here are the most thrilling moments of finals day at the 2019 SA Champs.

Heather Clark – Her backhand attack could light up a city
Heather Clark has an incredible backhand whip. We’ll go out on a limb here and say that Heather Clark has the best women’s over 45 year-old backhand whip in the world right now. You think you know a homie that has a better backhand whip than Heather Clark? No worries, we’ll gather some judges, a red/green lollipop and hold a cheeky comp on the beach right now. When aunty Heather takes off on a wave, you can bet your bottom dollar she’s going to garnish the lip with multiple vertical attacks. If Eskom was as reliable as Heather Clark’s backhand attack, all our South African cities would look like Las Vegas. We’d have lights on all the time and load shedding wouldn’t be a part of our vocabulary.
Paddling around like a frothing grom, aunty Heather surfed a total of nine waves in the over 30 women’s final acquiring a heat score total of 16.43 courtesy of a 8.50 and 7.93.

Special mention must be made of Tash ‘the slash’ Mentasti, SA Champs coordinator. Tash spent the entire week running around like a headless chicken making sure everything ran smoothly and then still managed to place second behind aunty Heather, thanks to some superb surfing on her behalf. 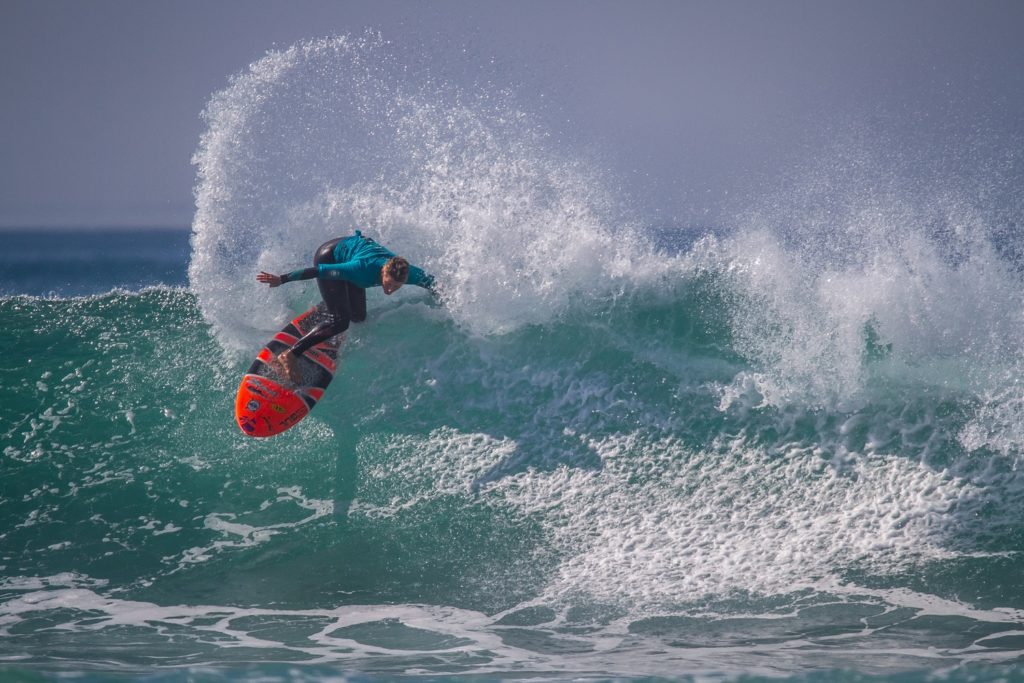 Heather with a backhand attack that could light up a city.

Greg Emslie – The lord of the manor collects his title deed
Yesterday, in the open men’s semifinal, Greg Emslie was narrowly pipped by Joshe Faulkner and Devyn Mattheys. But today, the lord of the manor came to collect his title deed and his rightful place on the Nahoon Reef throne. Greg reminds us of Wade Carmichael. Wade’s a simple plan with a simple plan. In CT heats, Wade’s World doesn’t ever overthink things, he doesn’t try massive airs or go for crazy blow tail closeout manoeuvres. Wade sticks to what he knows firmly in the realm of possibility. And damn, does it work. The homie won’t ever be world champ, but he’ll have a superb career and make a ton of cash. Much like Wade, the lord of the manor’s plan is simple. Paddle out, get a quick start, apply the pressure, wait for another good wave. Key to Greg’s success is positioning. And Greg’s ALWAYS in the right position.

In Greg’s over 40 men final he caught the first wave of consequence and was awarded an eight. He surfed well within his capabilities and did everything excellently. No massive blow-tails, airs or slides, just solid, irrefutably good surfing. He backed his 8.50 with a 5.67 and the title deed for the manor was back in his name. 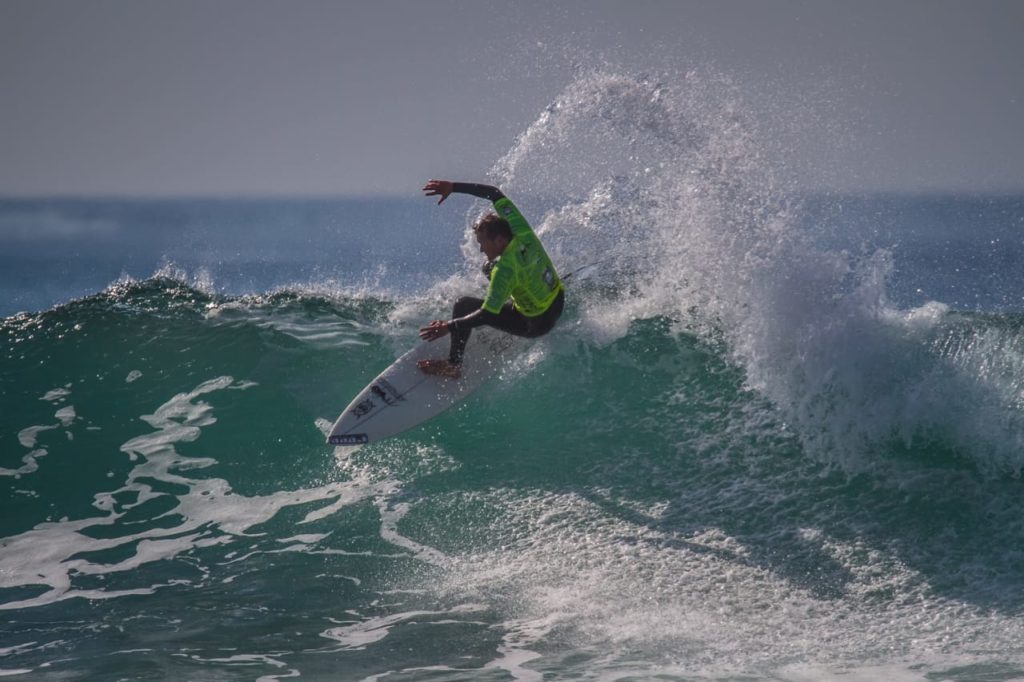 Lord of the manor, G Emslie.

Over 35 Men’s – Making a mountain out of a medium-sized hill.
There’s no event without drama. In 2017 Luel Filipe did well in Manly Australia, earning just enough points to qualify for the first QS10 000 of the year: the Billabong Pro Ballito. In Luel’s first heat of the event, he paddled for a wave, fully committed with his head down when priority changed. It was still the manual system priority and not the LED’s used today, thus taking time to physically change the priority boards. During that time while paddling for the wave, priority changed and Luel got an interference. Luel had sold his car and house in Brazil to make the trip and was knocked out in the first round due to that decision.

In the over 35 mens division Devyn Mattheys was served an interference on Tyrell Johnson. Many, including Tyrell called the interference unjustified. One score gone. Devyn went berserk on his next wave and surfed it to an excellent 8.33. But with the priority interference and one score gone, Devyn placed second behind Tyrell. The livid Devyn Mattheys then forfeited his open men’s final heat and took his grievances to social media, comparing SSA judges to the incompetence in the South African government. Brutal. There’s no event without drama.

But let us not take away from Tyrell Johnson. Yesterday we said, “We’d be damned if Tyrell didn’t win one of the divisions if not both.” Well, Tyrell who had been shredding all week came damn close. A first in the over 35 division and a second in the open division. Well done Tyrell. 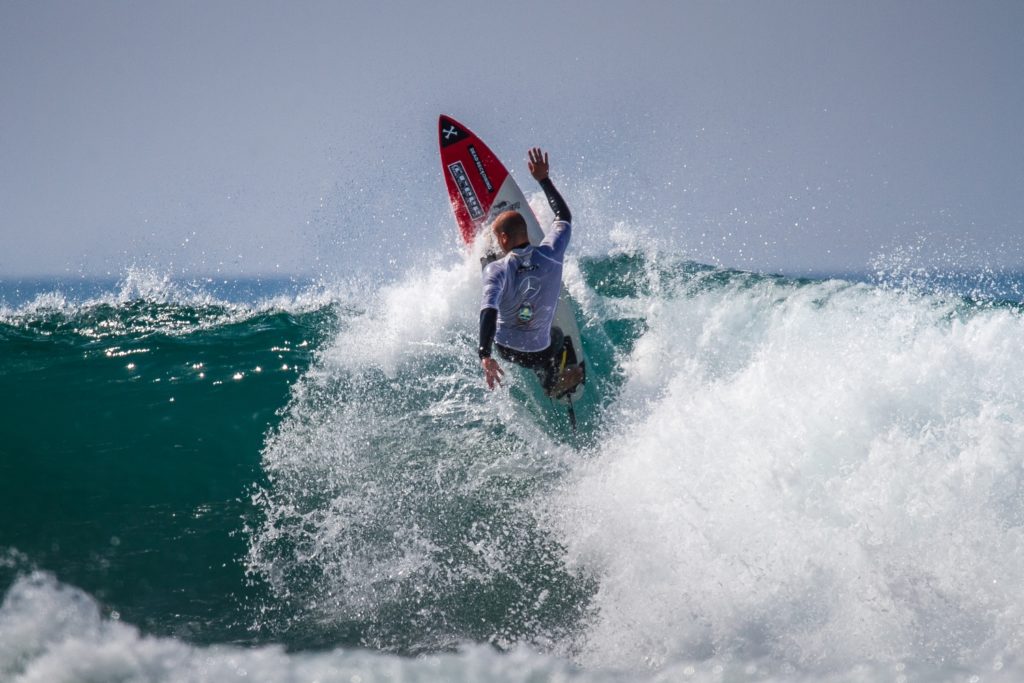 Tyrell shreds. And that’s all we need to say about that.

Open Women’s – A woman who knows what she wants
Zoe Steyn is a woman who knows what she wants. From the moment she donned the rashie for her first heat to entering the water for her final heat, Zoe was out there for the win and nothing shy. Zoe remained focused and determined throughout the event, surfing early mornings and after the competition. On day three when the ocean raged the swell huge and the rip satanic, Zoe was one of the standout competitors, surfing better than 90% of the men in the competition. A fifteen-year-old wonder woman dropping down huuuuge Nahoon 8ft faces, blond hair flowing behind, her banging lips like she just don’t care. During the prize-giving, Gigs Cilliers mentioned how he’s involved in surfing on an international level and he thinks Zoe’s got the mettle to go all the way. Words like that shouldn’t be taken lightly. Here’s to Zoe, a woman that knows what she wants. 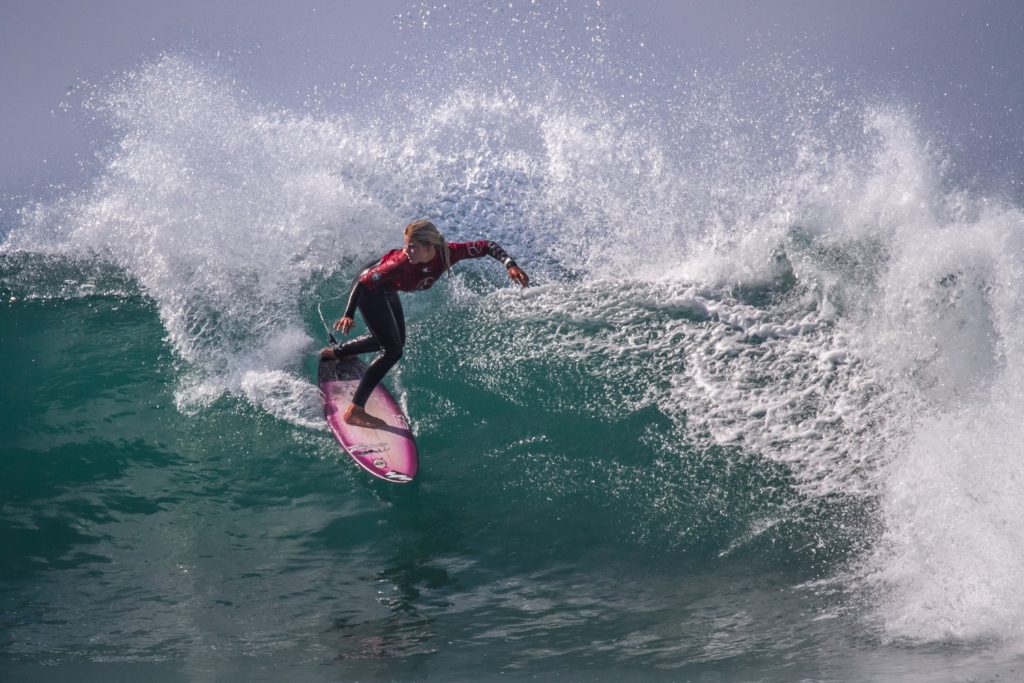 Zoe Steyn, a women who knows what she wants.

Joshe Faulkner – the man
Joshe Faulkner was a standout competitor from round one till the final. He exuded the most flair and surfed with a certain new school approach not exhibited by his counterparts. Joshe’s backhand is electric and lightening-quick. He sets his fins free on every off-the-lip, hangs at the top for a second and drops into the trough. Joshe’s surfing at this event was of a different school of thought. Many of the other winners approach waves with a certain classic style. Classic lines. Top to bottom. Old school point break. But Joshe, Joshe’s surfing is new school, there’s nothing classic about it. It’s all bright neon lights and techno music. And it’s beautiful to the eyes. This is Joshe’s second SA Champs win and certainly not his last. 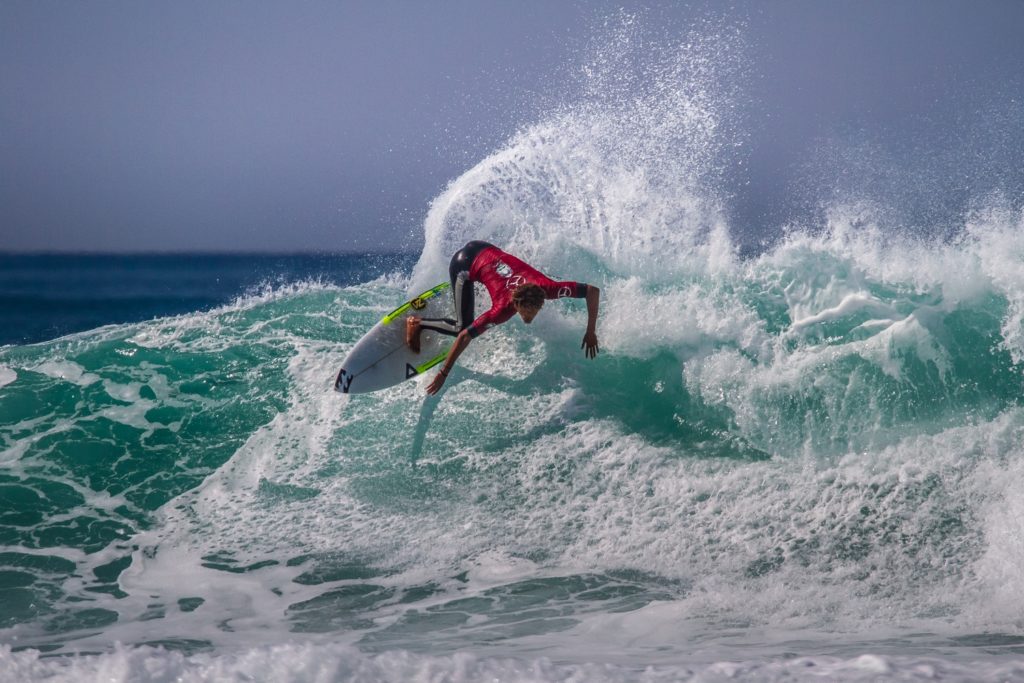 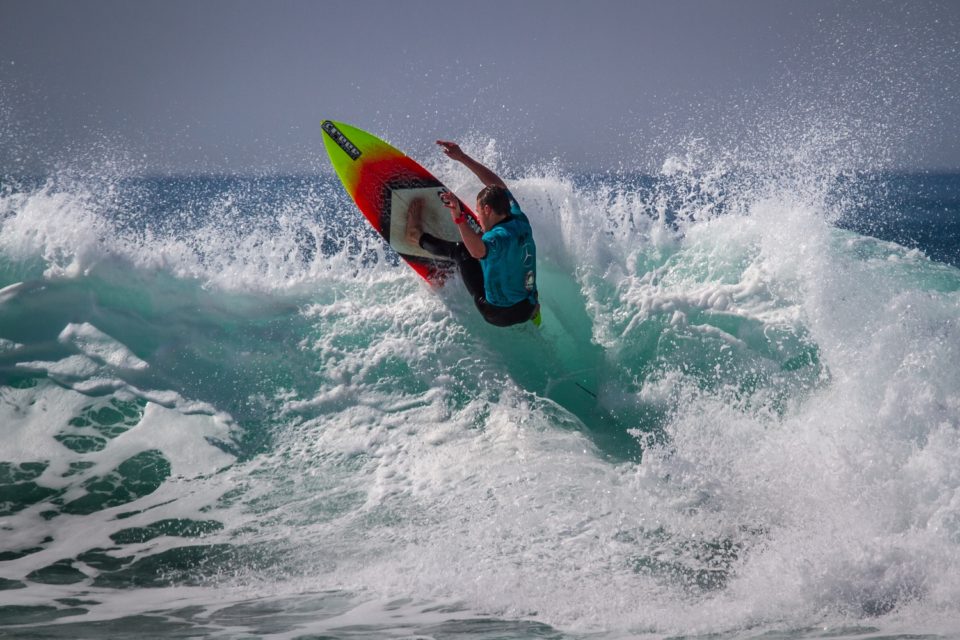 Special mention must be made of Bryce du Preez who was shredding all event long and was just pipped by Joshe in the finals. 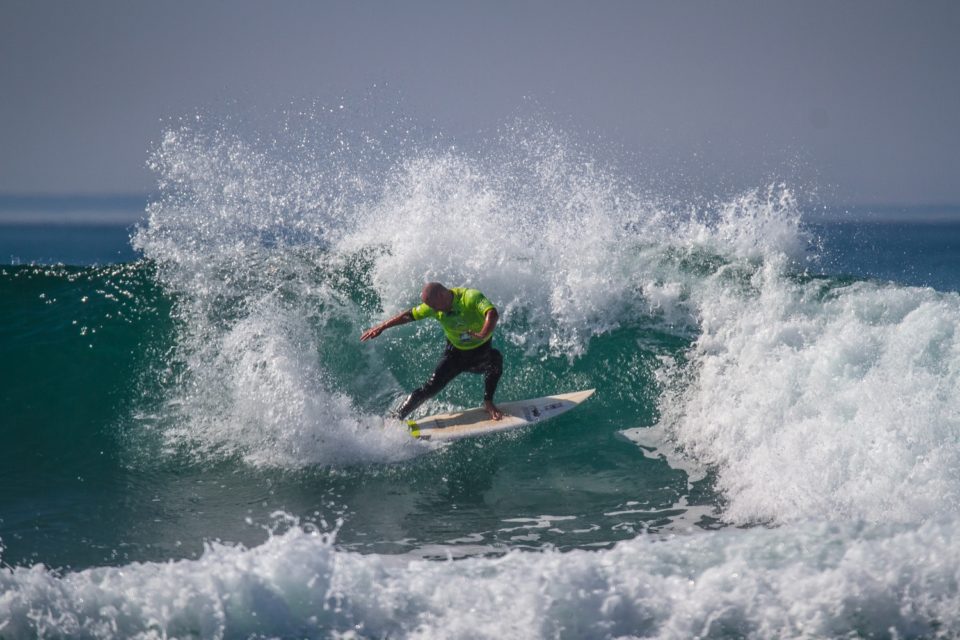 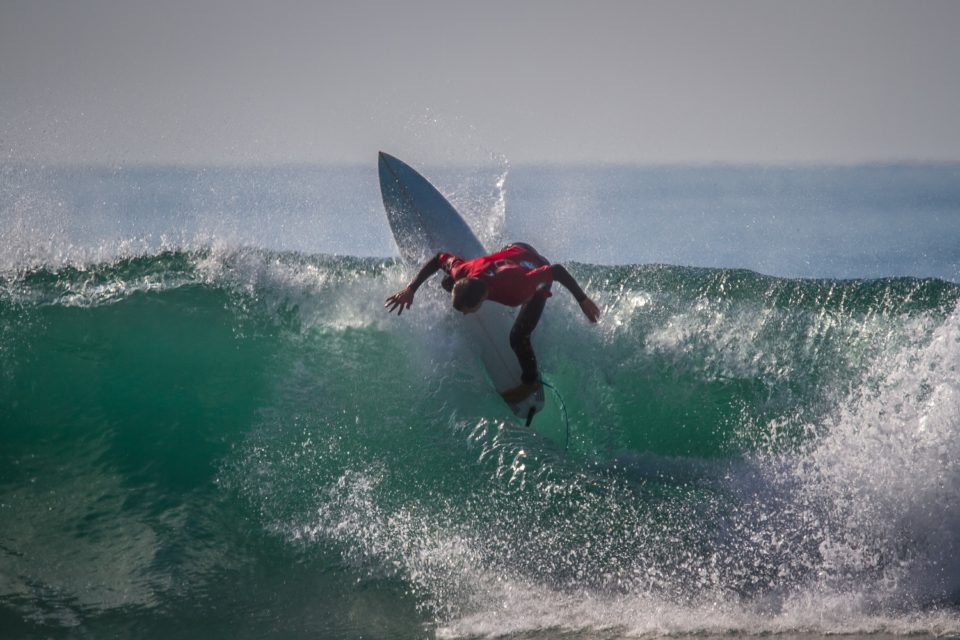 Dave Malherbe, solid as a rock. 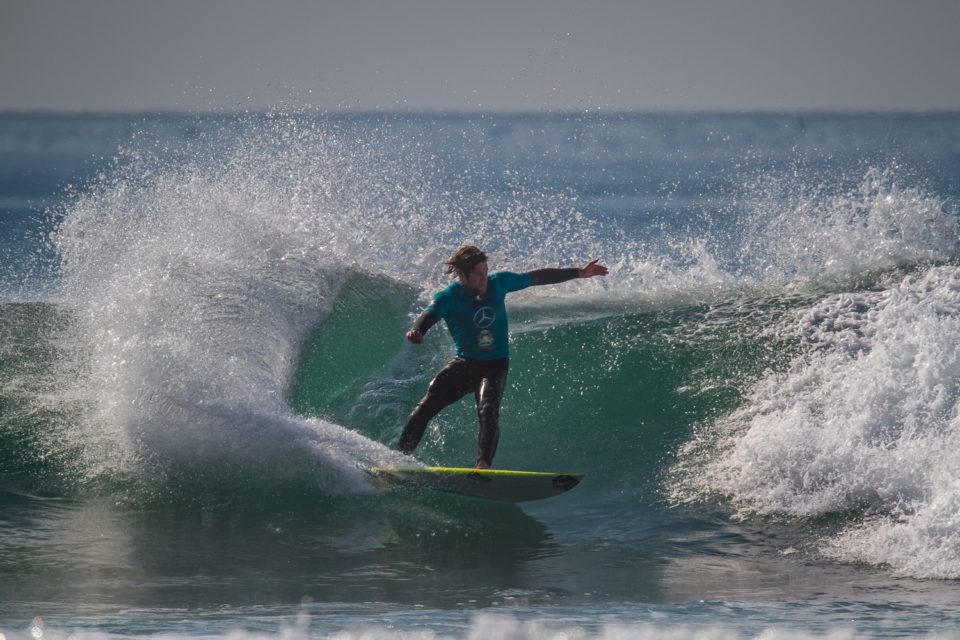 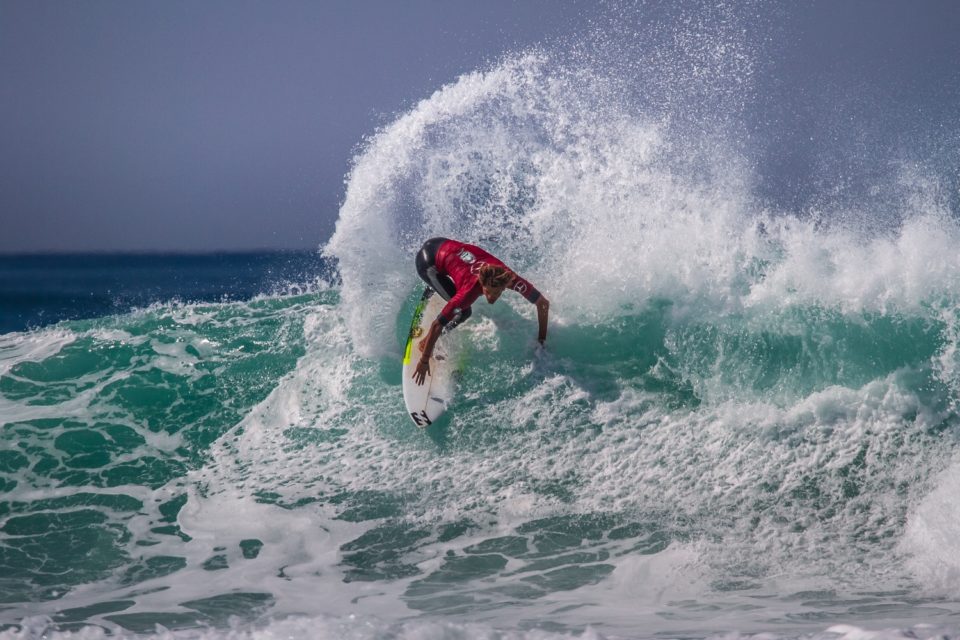 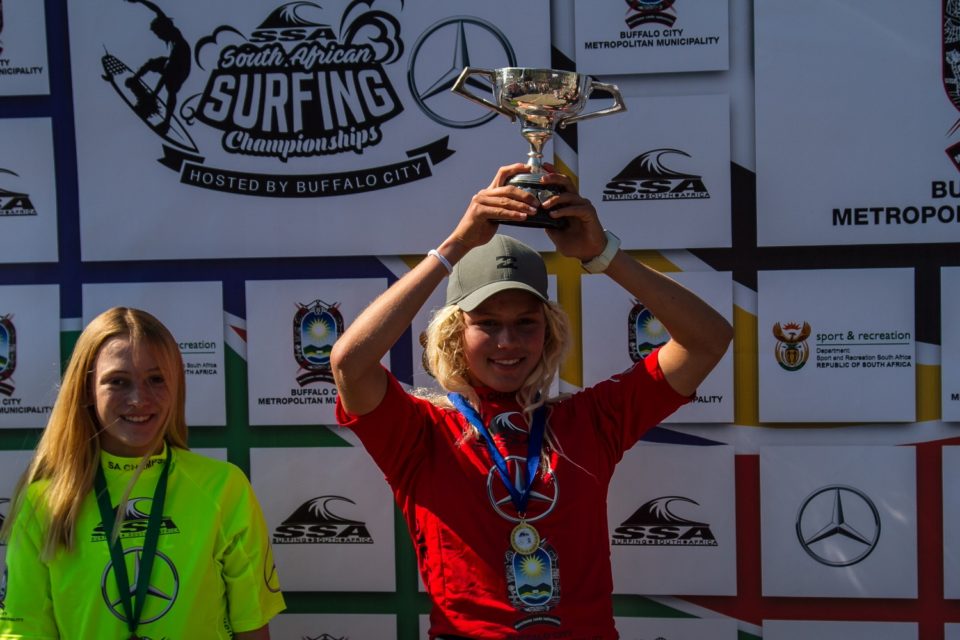 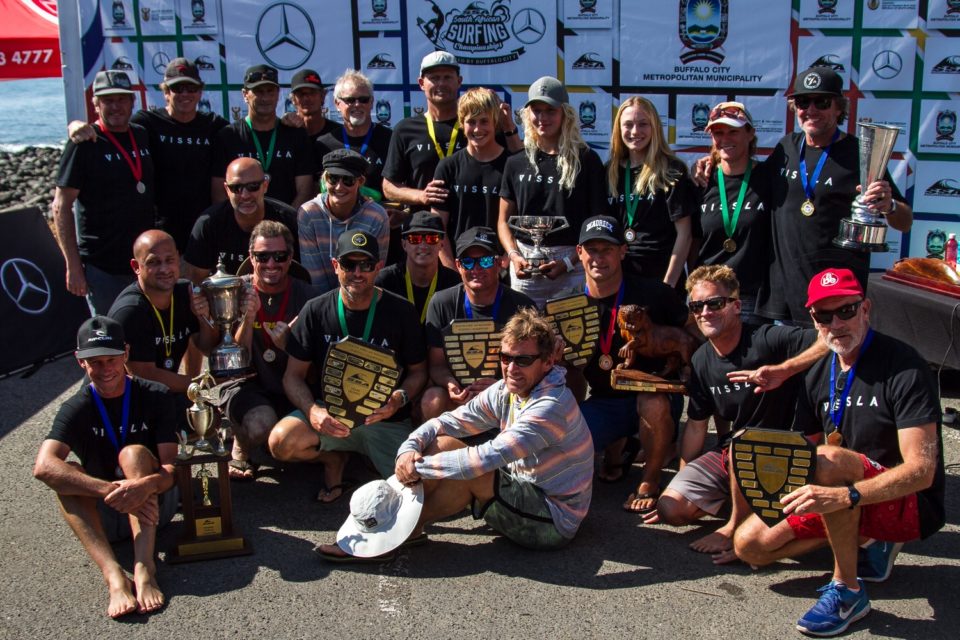 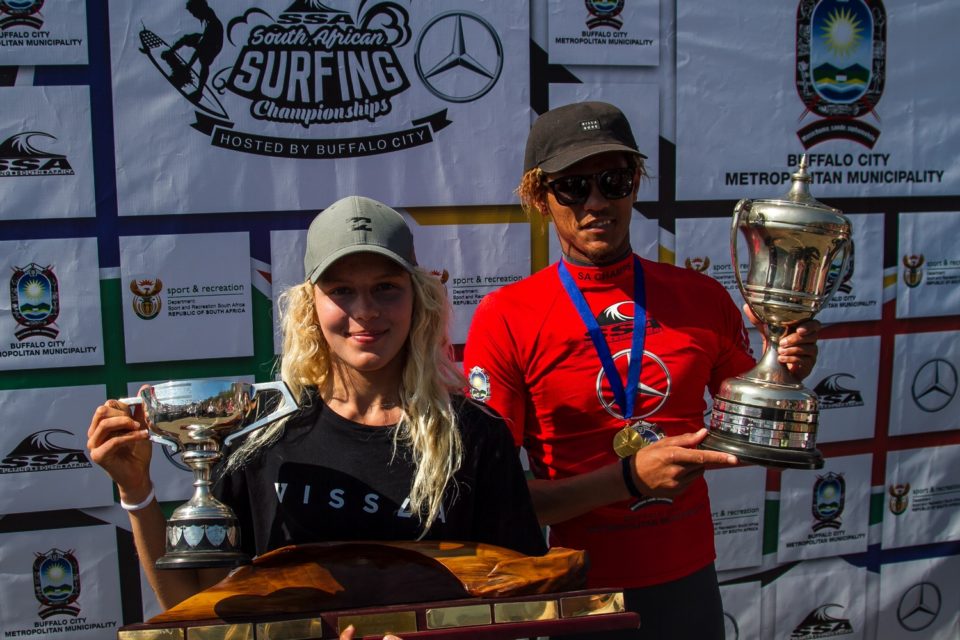 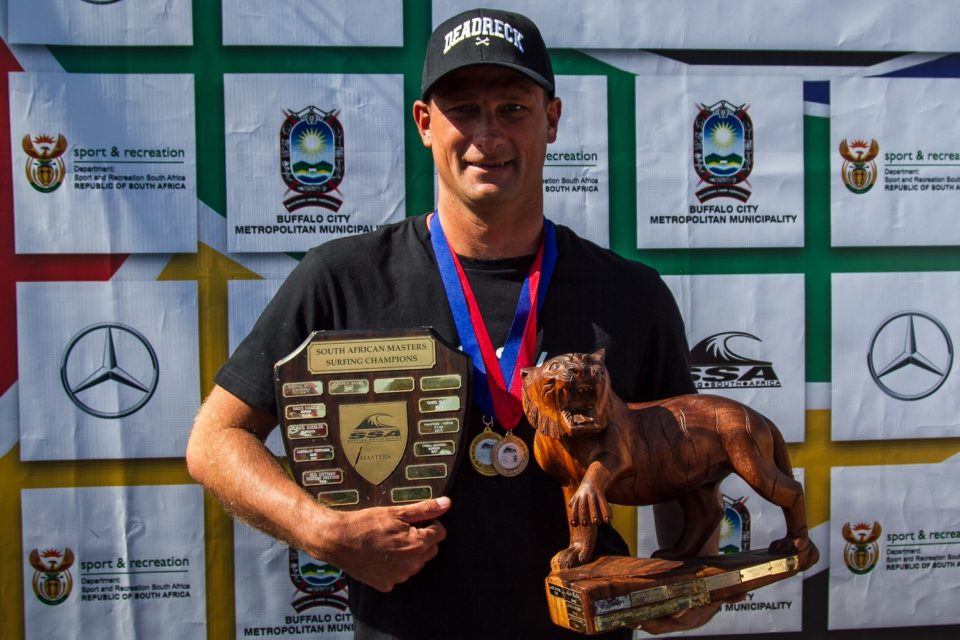 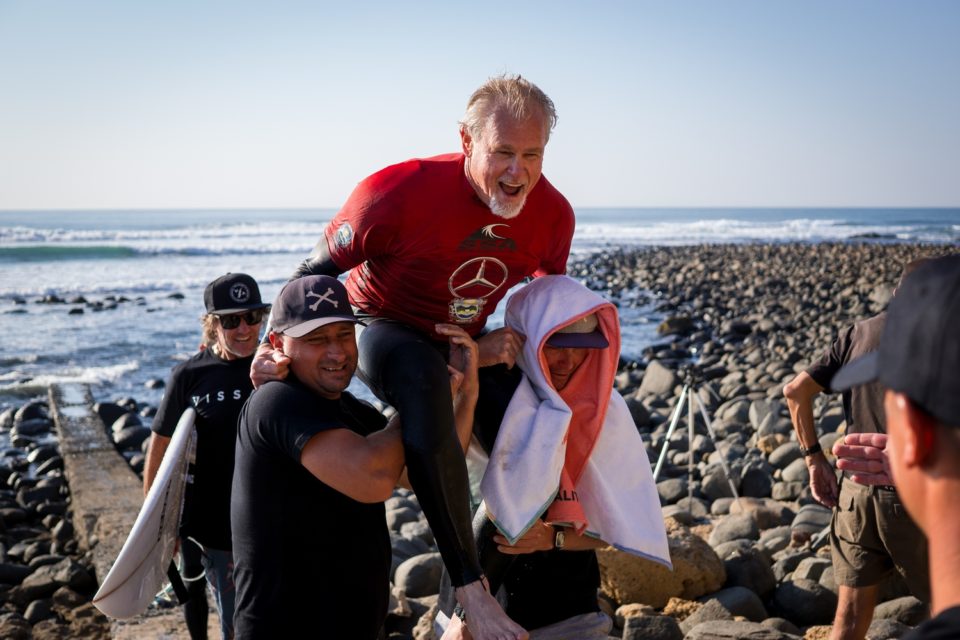 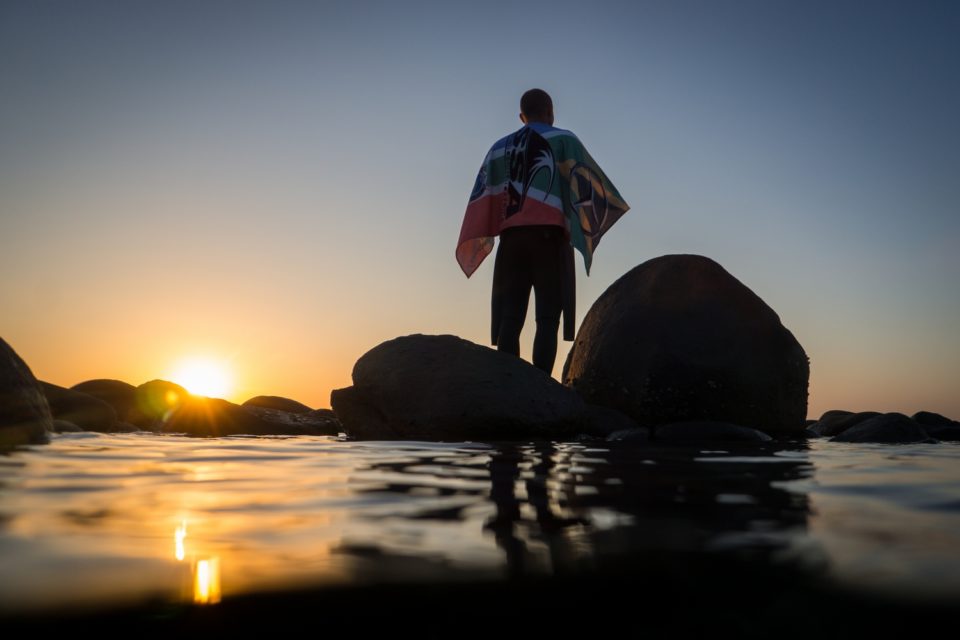 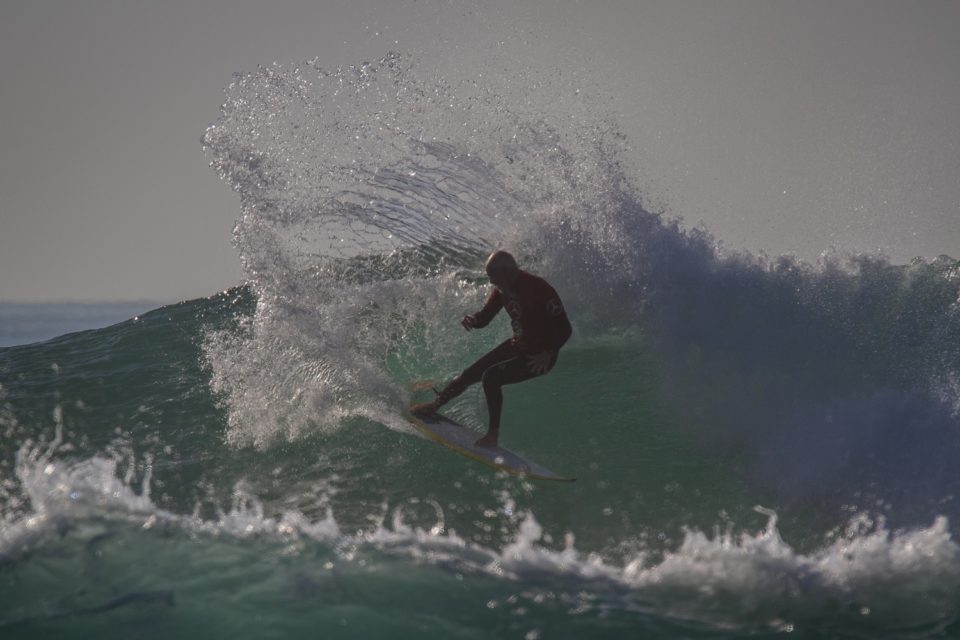 Nick Pike one of the over 55 ballies laying down the law. 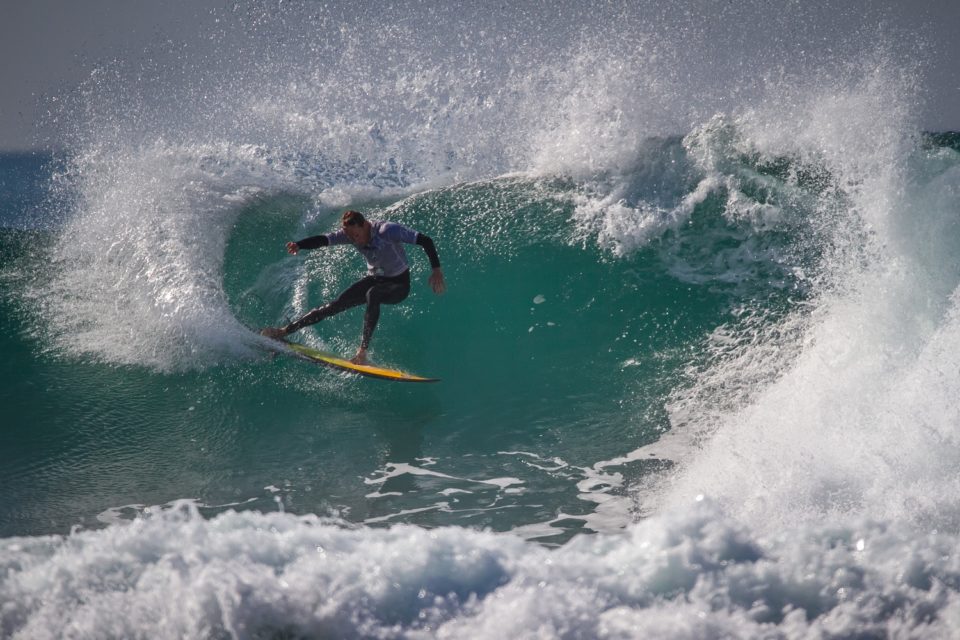 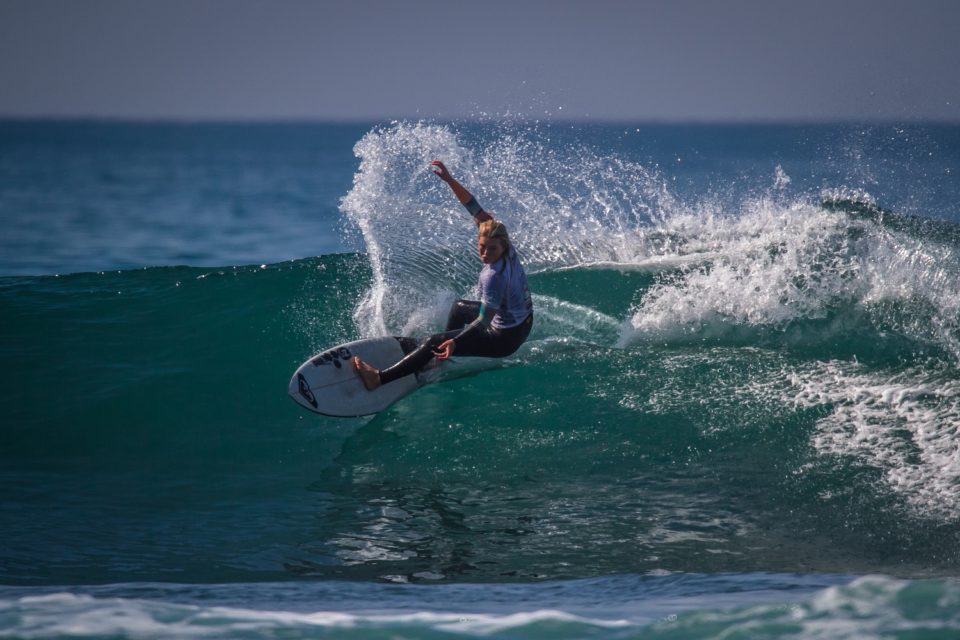