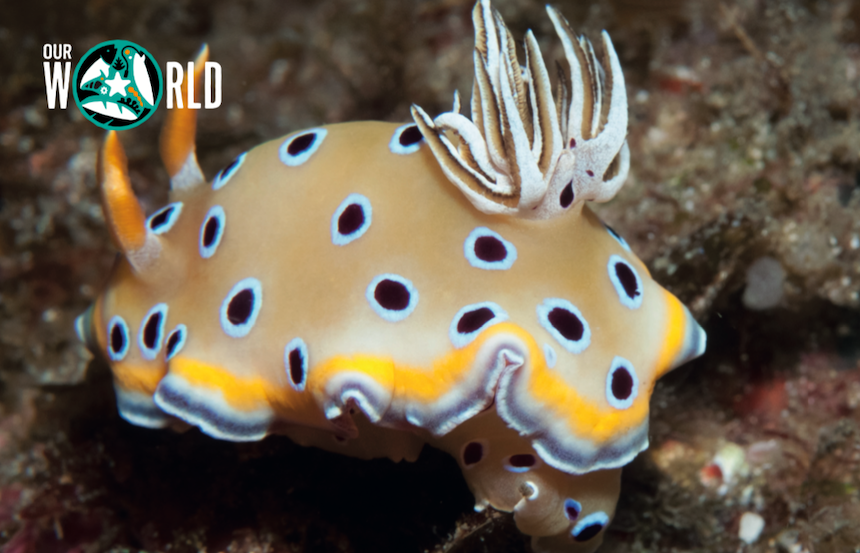 Pokémon of the Sea

These underwater teddy bears may look adorable, but their detachable penises and deadly toxins suggest otherwise.

Meet the nudibranch, a tiny sea slug that looks like it would be more at home in a Japanese cartoon than clinging to the reef. These creatures are soft-bodied, colourful, and pretty damn adorable. There’s even a whole craze amongst scuba divers to spot and identify as many different nudibranchs on every dive, like collecting underwater Pokémons. But don’t be fooled by their cute, rainbow exterior. Nudibranchs are badass.

Straight up alien when it comes to aesthetics, you can find these mini, squidgy, flamboyant creatures all over the globe inhabiting every ocean from the Arctic to the tropics. Some even live in hydrothermal vents, basking in sulfates so dank they’ll burn the lips off your face.

Unlike their drab, slimy, next of kin, the snail, nudibranchs are ‘homeless’, void of hard shells to help safeguard them against would-be predators out for some escargot. Shame the poor defenceless bags of goo! Wrong, nudibranchs are anything but easy lunch. Years of evolution have made these beautiful, bite-sized slugs very dangerous, ensuring they will not be bullied.

Nudibranchs are savage carnivores. They don’t care much for the salad bar opting to pass on the abundant algae and other photosynthetic morsels available. Instead, their palates are geared toward a more ‘antagonistic’ diet. So what’s on the nudibranch menu? Poison, in the form of other toxic marine creatures.

When grazing on venomous sea sponges and anemone stingers, nudibranchs absorb their dinner’s toxins, mainlining it straight into their bodies. Spicy! Rather than die, they level up and as a result, become toxic themselves. An ingenious and admirable survival method for such a seemingly cute and ‘harmless’ organism.

Here’s where it gets weird. Remember the detachable penises? Well, nudibranchs have both sets of genitalia required for reproduction. Now, this isn’t entirely unusual for the animal kingdom, however, back in 2012, researchers discovered that a peculiar species of nudibranch (Goniobranchus reticulata) severs its own penis after copulation. Horror story type stuff, fear not, these kinky bastards are not destined to wander the seven seas like a Ken doll forever. Their detachable penises are able to grow back within 24 hours. Now that’s one helluva superpower!