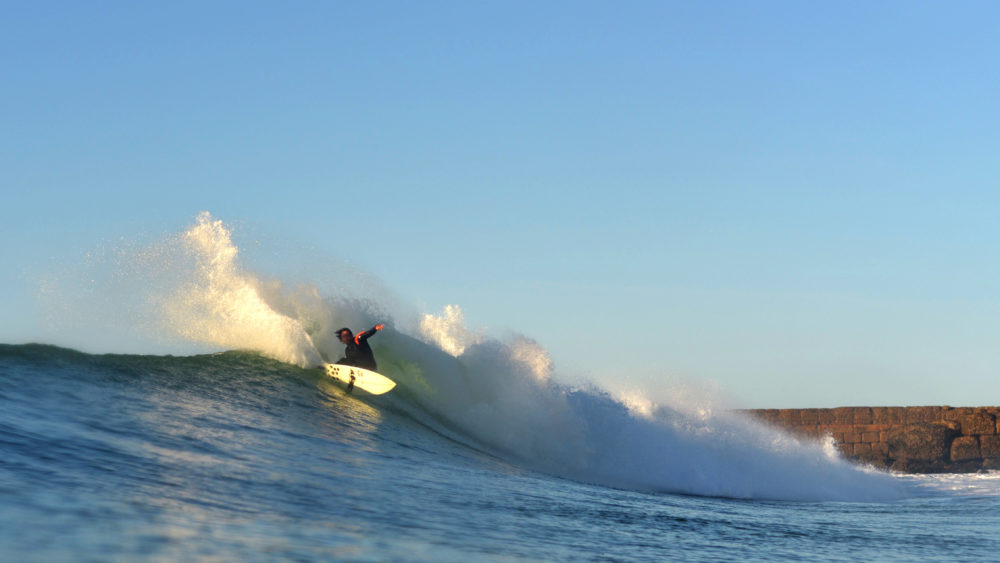 Hanging pawpaws, tequila stained shirt, mouth so dry my tongue feels like a piece of wood and still seeing double… I’ve missed the surf bus to Port Alfred, fok! Being a surfer first and a student second in Grahamstown doesn’t come easy but when East Beach offers up some low hanging fruit, best believe the boards are strapped, tires pumped and petrol’s shared!

Being the most liberal university in the country, surfers have chased degrees at Rhodes University for decades. With ‘G-Vegas’ being landlocked, the R67 has served as the main artery between Port Alfred and every frothing surfer since the early ’70s. Featuring overloaded cars packed full of stoke, pothole-ridden roads just wide enough to squeeze a car past a donkey cart the R67 remains one of the most important tributaries of surf missions in the country.

As a student, being broke is as much a part of life as lying to your parents about your lecture attendance and with a ‘full tank of petrol’ doubling up as a pickup line, long- haul commutes are few and far between. But when the bank balances between your five-man surf crew align, the open road and running rights beckon!

With the first broccoli wand of the trip being lit, passed to the left and the piecing together of last night’s events underway
the 50 min trek to East Beach begins. It’s a crazy stretch of tar between the two towns. The first 30kms demands attention where your peripherals are forced into overdrive, heightened as you keep a lookout for wildlife darting between the reserves on either side of you. Vaaing left past the Pig and Whistle, the oldest licensed pub in South Africa, wild untamed foliage gives way to wooden posts connected by tetanus ridden wire and the world’s biggest Pineapple, you’re in Bathurst, 15 short minutes away from paddling out.

After pausing for a moment to admire a giant nonsensical fruit house and attempting to liberate a few of it’s smaller brethren growing around it, doors are shut tunes restored and the wheels are moving. Rolling into Port Alfred, the Kowie River acts as your point of reference. Keep it on your right and you’ll find East Beach, keep it on your left, sorry cuz your headed for a quick lunch at Guido’s.

As windows are wound down, the smell of saltwater floods the car, marking the end of the hot box and first leg… we’ve finally made it! The Kowie’s on our right, sand blown in off the beach smothers any distinguishable parking bays, the pier stretches out and I sit there cheesing from cheek to cheek, it’s firing!

Following a rushed squeeze into neoprene and lathering of zinc, I’m in the water. A couple of duck dives and feeding of the fish later (there’s that tequila again) I’m at the take-off spot with fellow bunkers on either side and most likely a couple of raggies beneath me. I’m moments away from burying some rail… finally!

Surfed out and almost having an out-of-body experience, its time to tackle the R67 once more, this time driving straight into the setting sun. With morale higher than Willy Nelson and Kid Cudi guiding us home, appreciation becomes the word of the day. The journey may be long, your budget small and the wave often fickle, but a day trip with the tjoms never disappoints.