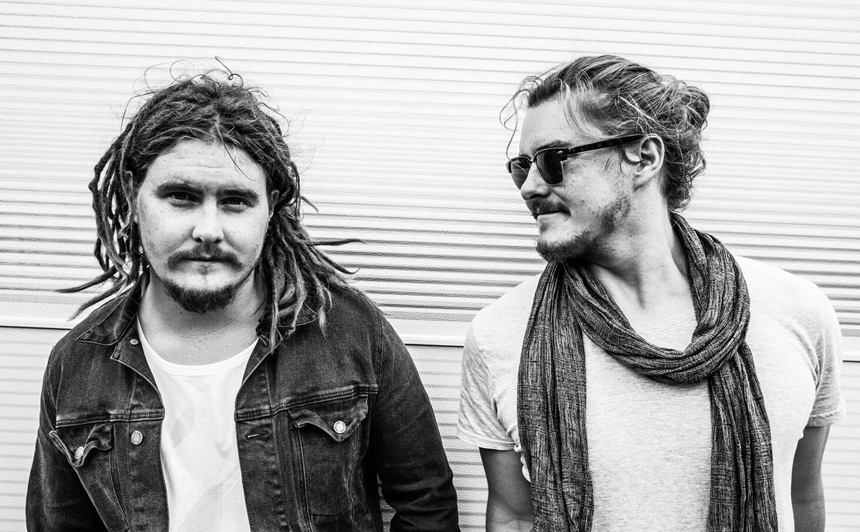 The Pierce Brothers have taken their music from busking on the streets of Melbourne to the world. Their ungovernable energy and world-class live shows have generated a word of mouth buzz across the globe. A band of twin brothers Jack and Pat Pierce, the multi-instrumentalists have been shaking dance floors and selling out venues across the UK, Europe, Canada, USA & of course in the land down-under, Australia. And now Splashy Fen

For Jack and Pat Pierce, the thought of music as a ticket around the world was up until recently an alien notion. Night and day, come rain or heatwave they dwelled the streets of Melbourne, drumming up an infectious vibe accompanied by enrapturing music delivering it straight to the people, their anonymous fans on the streets.

Here are 3 pieces of Pierce that perhaps you did not know about:

The band are not only coming to enjoy the amazing gees that is the South African music scene, but to score some cooking waves after they treat our salt lined ears to some stella treffers. But before that, Zag thought it would be a great opportunity to learn a little bit more about the two surfing froathers, now it’s your turn, enjoy the interview below, while you at it take a listen to what you can expect this weekend. Thank me later and enjoy.

Obviously, the crowd at Splashy is gonna be your new favourite stop, but up until now your most rocking show/favourite music memory:

We once played at a festival called Colours of Ostrava, about 10 minutes from the Polish border in the Czech Republic to about a 30,000 strong crowd. It was minutes after Jemerequai had just finished and the crowd was electric! We had no idea that it would be a show that huge but it’s something I won’t soon forget! We can’t wait to show Splashy Fen a good time!!
Your music, who inspired you to get it all going & what keeps you driven today:
When we started playing guitar we couldn’t get enough of Pearl Jam, Metallica and Nirvana. We were the youngest of 5 kids born from 1980-1988(us) so we definitely had that whole 90s grunge thing smashed into us. We also grew up on Morning Of The Earth, that 1971 surf/music flick with Neil Young and Split Enz grilled into us by Mum and Dad.
As we went through high school in the early noughties we got stuck into John Butler Trio and Paul Kelly heavily which really got our acoustic style ripping. After we left school we followed JBT’s footsteps and started busking while getting into The Lumineers and Mumford. That’s where we evolved our sound to match where we are now.
You guys surf, rate if you weren’t musicians you could have cracked the nod for the Championship Tour:
Not a chance in hell! We’ve always had a strong affinity with the ocean and surfing, coming from a strong surfing family with our Dads cousin shaping all of our boards growing up. We were once much better surfers than we are now. Over the last 5 years, our time in the water has gone down in between all the touring. However, the last 6 months has provided us more time to work on the record and we’ve found our place again amongst the waves. We’ve been most excited to give the waves a shot in South Africa; probably the biggest reason we’re excited to get over there (okay, second biggest!)
What boards did you pull from your quiver down under for the journey to SA:
Unfortunately, all the boards from our quiver are guitars this time around, as touring requires so much gear! We’ve been hoping we can find some boards while in Durban!
Surfing scene in AUS is massive, experienced any rough vibes out in the line-up:
We’ve had some incredible times in the water in Australia, but never had too many bad experiences.
Since we live in Melbourne we’ve had plenty of time to get out at the Peninsula with friends or family who were locals, and when surfing the Gold Coast or similar spots like the Pass or wherever, there’s so many people already that we’re just an extra body paddling out.
When we were surfing up the east coast as younger grommets on our first tour we mostly made friends.
As artists you must experience bouts of ‘writer’s block’, do you find if you paddle out in those times it gets your brain firing again:
As a musician, I’m constantly in a state of writer’s block. Ideas come from all over, but I think having a screen in front of your eyes can block those ideas getting in. We have so many screens and distractions in our lives, being able to paddle out and sit out the back means thoughts and inspiration come flooding in at times.
We both are trying to rely less on devices that can distract and pacify us but it can be difficult to break a bad habit sometimes and our writing definitely suffers from it. Getting out in the waves helps for sure.
Favourite break local and international:
Best surf I’ve had was a winters day at Bells Beach in Torquay but always my earliest and easiest days was when I had the most fun, so that would be The Pocket at Wilson’s Promontory. Best international would have to be Hossegor in France. There’s an awesome surf bed n breakfast that has a full quiver of boards: an amazing place to stop by when you’re on a music tour!
Best thing to put back after a good session out on the waves:
A nice cold beer is always a good plan after a surf!! Although there are times that we will sit out the back and start humming to each other or chat about themes that get us excited to race in and jam out.
Worst abuse you ever got as a young grom:
I actually got some amazing help one time my brother took me out in 6ft on the Mornington Peninsula. I was about 9 years old and terrified. Leigh (older brother!) got me out the back and shortly afterwards took off on the next set. I sat out paddling further than further out until I was beyond the bigger ones and started crying. A couple of older blokes came to the rescue and the abuse that was hurled was directed at my brother!
So we have to ask, who’s the better surfer?
Let’s say Jack is goofy and Pats natural.
We’re super amped you’re coming to South Africa. Is this your first time here? Why Splashy Fen?
We absolutely can’t wait to get over there! It’ll be our first time ever in South Africa, so looking forward to having a good look around. We first heard about Splashy Fen from Jeremy Loops at a festival together in Brighton, UK. He said We had to come over and check it out! Splashy Fen looks like an incredible festival in an incredible part of the world, and it seems like the perfect place to start our South African journey! I think that’ll be the first of many trips to come!

With just over two weeks to go until the Easter-long weekend kicks off in the beautiful rolling hills of Underberg, preparations are well underway for another magical musical experience for one and all. And Thursday’s line-up announcement did not disappoint. The announcement marked a momentous occasion as Splashy Fen announced, with great pride and excitement, that they have secured three international acts who will be joining the line-up this year. Namely, Bowling for Soup from the USA, percussion dance act Napalma from Brazil, and from Australia, the folk duo Pierce Brothers will all be headlining at the festival.

Cheeky Texan outfit Bowling For Soup were formed in 1994 and to date have created 13 successful punk-pop albums. The Grammy-nominated band have had popular hits such as ‘1985’, ‘High School Never Ends’ and ‘Girls All the Bad Guys Want’ and promise to keep the energy alive at Splashy Fen this year with songs to sing and jump along to. 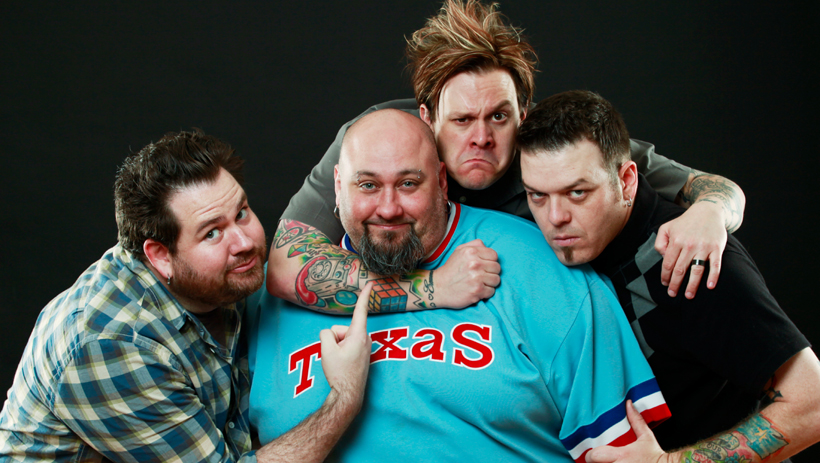 Napalma is the musical inspiration born out of a fusion between Brazilian and African culture and music. Created in 2004 during a carnival in Brazil, the act has been touring and performing around the globe for the past thirteen years. This year, they make a stop in Underberg, to thrill fans with their powerful electronic dance grooves, percussion and rhythms.

In its early days, the festival genre focused heavily on folk and light folk-rock with the inclusion of black music styles, and in later years, alternative rock, and in very recent years, electro. “Today, we are extremely excited and proud to have worked on building such a diverse line-up for 2018.” Says Stu Berry, Festival Director. “We have created what we believe is our strongest main stage line-up to date, with three international performers complimented by South Africa’s top musical acts and bands.” 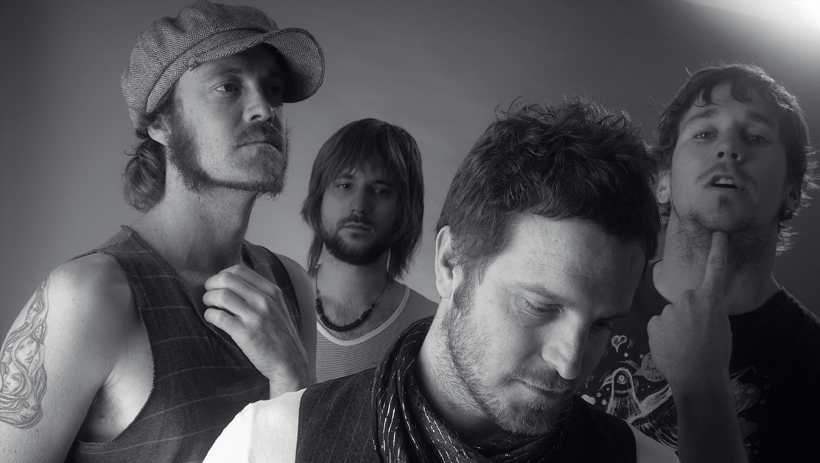 Acts also appearing on the main stage include some of South Africa’s favourites: the likes of Mango Groove, Rubber DUC, Perez, Ard Matthews, GoodLuck, Josh Wantie, Prime Circle, Matthew Mole, Desmond and the Tutus, Veranda Panda and up and coming Cape Town based band Hot Water. The main stage line-up mixes current chart-toppers like Cape Town based trio Goodluck with old-school favourites from distinctly different genres such as Bowling for Soup and Mango Groove. Throw in some folk, acoustic, electro-pop and rock, and you’re set for a fun-filled Easter weekend with music and entertainment to please everyone.

In its third year under new management, Splashy Fen Music Festival promises another happy experience – with a massive selection of international and local artists, top quality facilities, great family entertainment, exceptional health and security services and a new and improved venue layout; it’s the experience that makes Splashy Fen the great success that it is today. Splashy Fen 2018 will take place over the traditional Easter weekend from the 31st of March to the 2nd of April when festival-goers will be able to experience a long weekend in the picturesque setting of Underberg, enjoying the best Splashy Fen experience to date. Tickets are available at www.splashyfen.co.za. 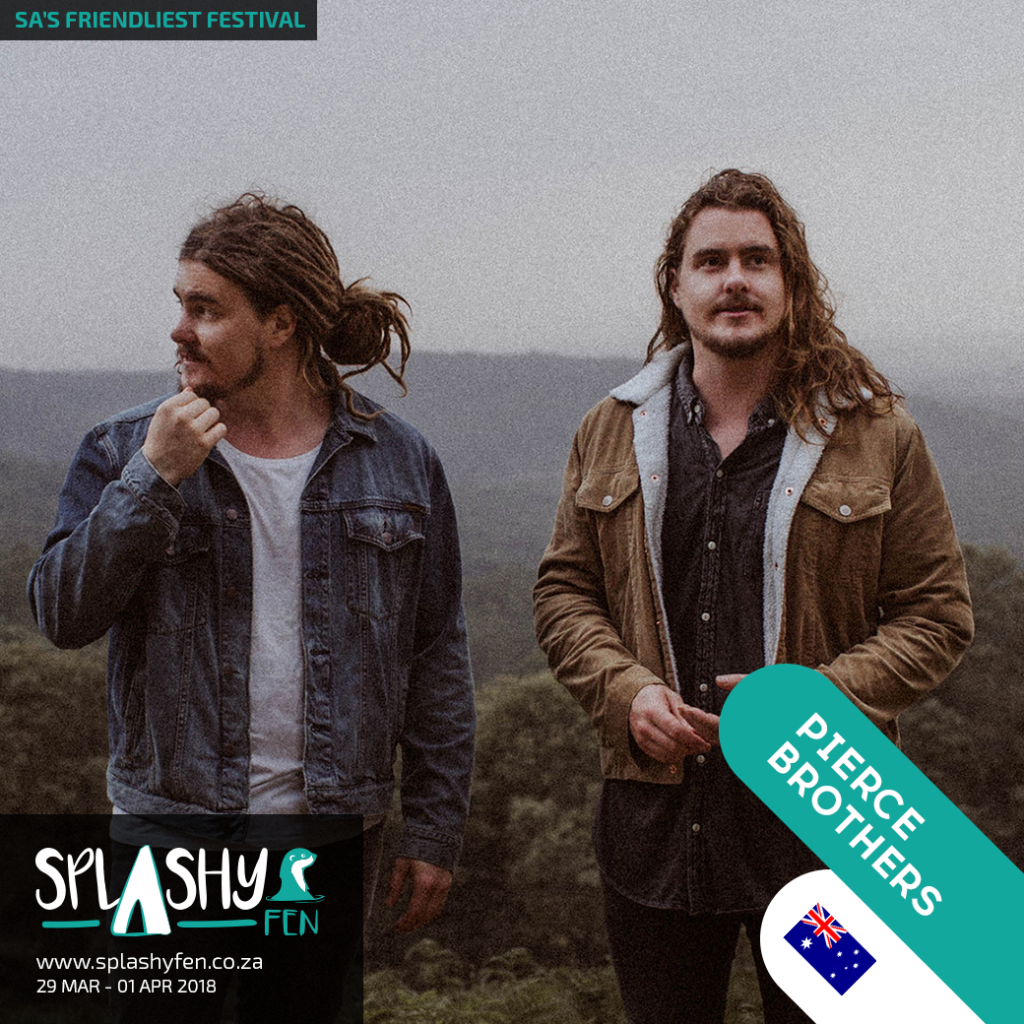