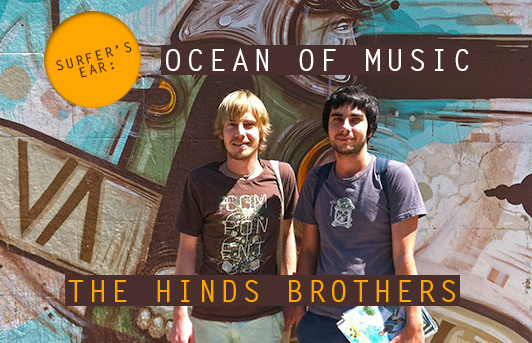 An Ocean of Music with The Hinds Brothers

Music plays a major role in our lives, whether it be while we work, surf, or relax. With this in mind, welcome to our new series called Surfer’s Ear, where we introduce you to some of the artists and albums getting major spin time in Zag’s playlist. 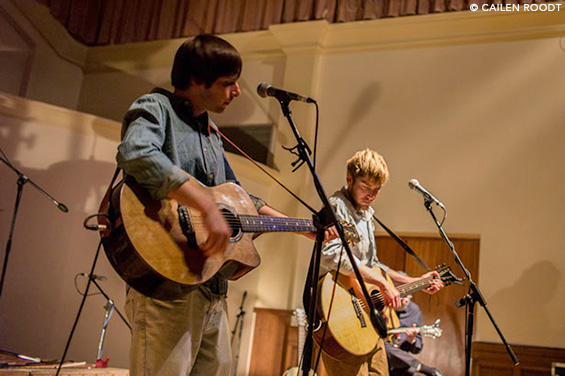 Jamming at the launch of their new album, Ocean of Milk, in Durban.

Hailing from the small coastal town of Ramsgate on the KZN South Coast, the Hinds Brothers are a breath of fresh air on the local music scene. The laid back coastal vibe and lack of distractions back home must have done something right for these two musicians, whose art is already finely tuned after only four years of playing together as a duo.

28-year-old Aden and 25-year-old Wren Hinds’ music offers a thoughtful, up-beat folky rhythm accompanied by a signature amalgamation of vocal harmonies. Their differences in pitch compliment one another perfectly to create a single, soulful voice that carries through the entire album. Their style and musical form is supported by a lyrical wisdom that, at times, demands your complete attention. But we wouldn’t want to overstate them, or box their style. And neither, probably, would they. Their live performances contain an unexpected array of artists playing unexpected instruments like the violin or the dobro, a special type of resonating guitar that’s typically played lying flat.

The flourishing duo recently paid Zag headquarters a visit, giving us the lowdown on their newly released album, Ocean of Milk, as well as a glimpse into what’s happening next. 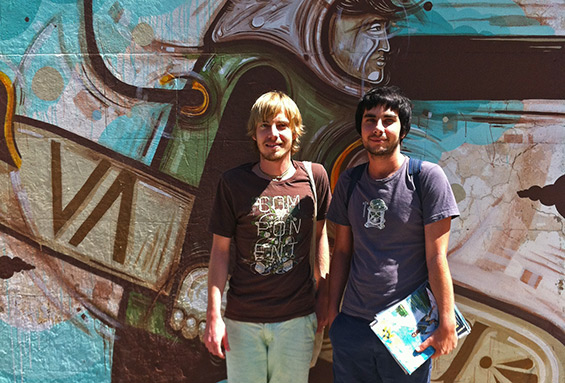 Aden and Wren Hinds outside the Zag cave.

ZIGZAG: How did you guys start this? Does it go way back?
ADEN: Probably, karmicly to before we were born. Music was always a major part of our lives and I think we’ve pretty much always been obsessed by it.

So did you guys always play together growing up?
ADEN: No, I only started playing guitar at 17, and Wren started around the same time, so he was 14 or so.

Growing up on the South Coast, did that influence you musically or in your outlook?
WREN: Ja, that was quite a big influence on us.
ADEN: It was just a very laid back lifestyle, with the beach and all that. Our uncle stayed at (this beach) Witch’s Pantry. It’s between Margate and Ramsgate, there’s all these unknown little private beaches.
WREN: Ja, there’s a lot of mysterious areas around there, like Tragedy Hill and the beach there is called Witch’s Pantry.
ADEN: But the waves in that area are probably some of the best in KZN. It’s kind of low key and out of the way. Our uncle stayed right there and he was a beach bum (laughs). So we’d be at the beach all the time, which was quite an influential part of our upbringing. Our father was a musician so he had a little studio. I think that we were quite blessed not to grow up in a city environment.
WREN: Ja, I remember going into the city was always quite intense (laughs). I was always scared because our aunt always said, like (whispering) “Keep your eyes peeled!” That kinda just stuck with us (laughs). 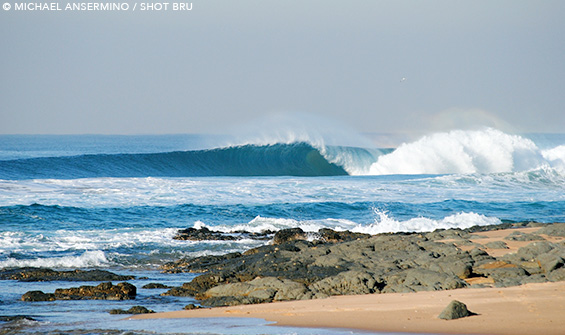 Did you guys spend a lot of time in the water growing up?
ADEN: Ja, fully. I think bodysurfing was really the main thing we did growing up.
WREN: We’ve actually made some bodysurfing clips! (laughs)

Tell us about your live gigs, you collaborate with quite a lot of people, right?
ADEN: Ja, I think it kind of depends on the show and the vibe. For a festival, like when we played at White Mountain, we like to pull in different artists. Then smaller gigs will just be the two of us, and maybe one guy joining us on a uke or a violin or something. We’ve also started bringing in a few other elements to the sound like the electric hollow body (a type of guitar). We don’t like to play things exactly the same at each show. You can get the CD and just listen to that for the definitive version.

So is that part of your sound? Mixing it up?
WREN: Ja, we like to mix it up, for our audience but ourselves as well. We don’t wanna get tired of the song. But obviously there’s that thread, that Hinds Brothers’ thing.

But with all the collaborations you do, how do you make sure that you have a sound people know and recognise as you?
WREN: I think it’s naturally there…
ADEN: It’s built into the harmonies I think, and fundamentally the way that our voices interact. Because we’re siblings there’s a vocal similarity. Even though our voices are different, when we sing together, it’s something that you can’t get without being siblings. If you look at all the great sibling bands like the Everly Brothers and the Stanley brothers, The Louvin Brothers. That harmony was their kind of special thing. I think it’s probably our signature, and then the song writing. But the song writing is a bit different. We both write individually and then work together on each other’s songs.

Can you break down that process?
ADEN: Generally, either I’ll pen most of the song or Wren will. Then we’ll bring it to the party, or to our little meet-up and jam it together. Then it changes slightly, maybe here and there. We each put a little influence on the song, and it becomes a Hinds Brothers song.

So it’s quite an organic process?
ADEN: Very organic, ja. That’s actually a key word for it. We like to keep the music down to earth and real. We’re not about pretence or putting on fronts and stuff. You get ous who put it on and make a front, which is fine you know, it might be right for that kind of music but our vibe is the opposite. We try to be ourselves; it’s kind of like our code (laughs).

Tell us about your album you released this year. You were saying that you’ve worked on that for a long time?
WREN: We kinda had the songs. It was more the production and getting the songs to sound how we heard them in our head that took a long time, that whole thing.

And the title, “Ocean of Milk?”
ADEN: It’s got some esoteric connections but it’s something that’s open to your interpretation as well. Obviously for the vegans they should probably put some soya in there (laughs). But to me the milk connotation brings a richness. That thick, creamy white colour of fresh milk… an ocean of it is kind of an attractive thing. 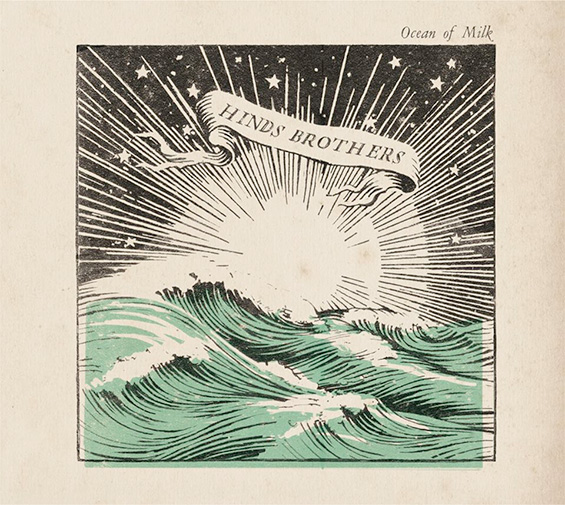 The ocean’s influence on the brothers and their music is obvious.

And your plans for the rest of the year, what have you guys got on the cards?
ADEN: We signed the licensing for the album with Sheer earlier this year. So they’ve pressed a batch of albums and we’re looking to set up a national tour with a re-release because a lot of our launches were so low key. I think there are still quite a lot of people who are yet to become aware of us.

Ocean of Milk gets a double shaka rating from Zag. Grab a quick listen or, even better, buy yourself a copy here: http://hindsbrothers.bandcamp.com