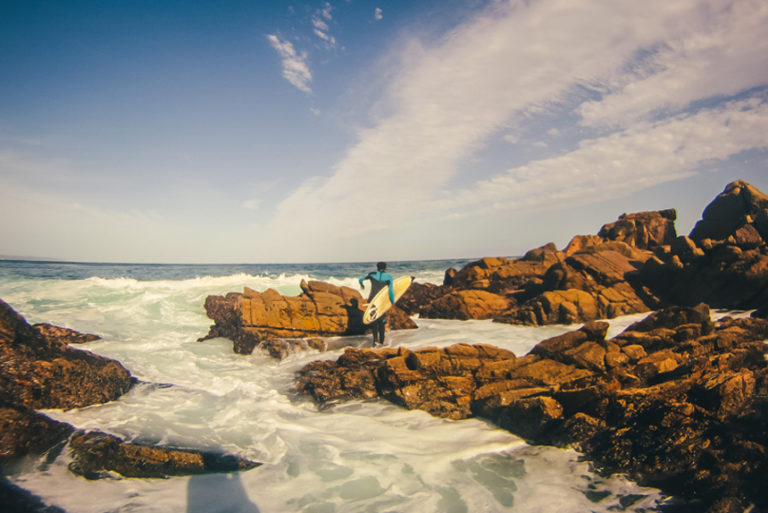 Read Kyle Oberholzer story ‘Ocean Dreaming’ which delves into the life of Vic Bay’s much-loved local, Eric Skiet, as his entry into the Write To Surf Contest presented by Billabong…

Bleached blonde Rastafarian dreadlocks are not a common sight in Southern Cape lineups. Even less common though is spotting those dreadlocks protruding from beneath a diving mask, the owner of which was attempting to snorkel right next to the fishing pier in Victoria Bay, hardly a place of oceanic wonder. I wondered whether the dreadlocked snorkeler was one of those unfortunate people plagued by a desperation for ocean time which comes from living more than an hour‘s drive from a useable beach. Or even worse, within an hour’s drive from the sandy shores of the Vaal dam.

The snorkeler proceeded to unceremoniously beach himself onto the 4-foot wall of the tidal pool. In his hand was a tangled nest of old fishing gut and rusty hooks, and plastered on his face was a cheesy smile which suggested a catch far greater than ocean litter. I choked on humble pie. Here was a Good Samaritan, cleaning the ocean floor when nobody was watching. His name is Eric Skiet. 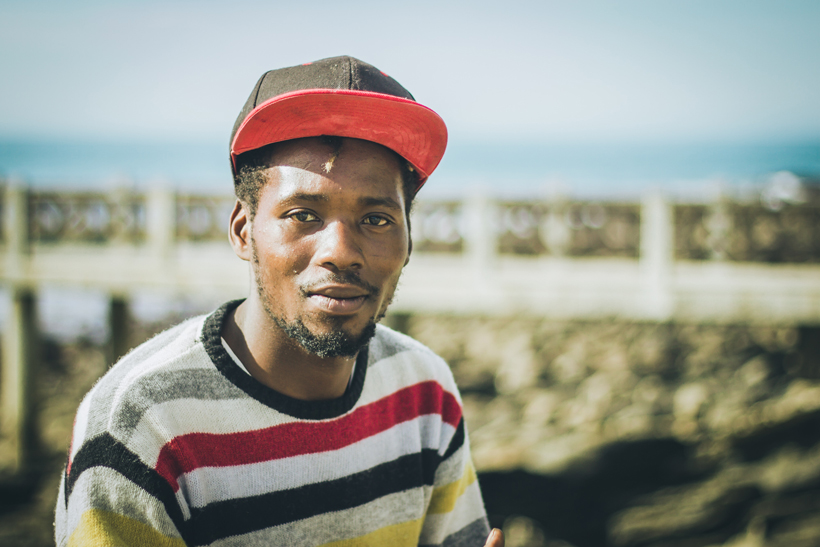 Eric’s love for Vic Bay began more than ten years ago when, as a teenager, he was squatting illegally behind a guest house in a tent at the end of the point. He had no money, even less hope and nothing but a dream to learn to surf, sparked by a picture in a newspaper clipping. Buy this time he had already begun floating in and out of both schools and houses in the local township next to George, but his dream of surfing, which had led him to Vic Bay, would take him to places even he had never imagined.

After disappearing with his catch of fishing gut Eric, now 27 years old, emerged from the rickety wooden gate of the local surf school alongside the owner Damon Vugard. Each had a brightly coloured soft-top board tucked under an arm, and they chatted casually as they picked a familiar path over the rocks and into the water. Moments later Eric’s face lit up with that same smile as before, as he charged down the wall of a 2-foot beach break, effortlessly switching stances from regular to goofy and back again before attempting a headstand.

One might say that this exact moment is the realization of a dream; of Eric’s teenage dream. The board which he is shredding on is the same one he now uses when working as a surf instructor for Damon’s surf school. The life of instability from which he escaped, although never forgotten, is a past which he openly speaks about as a dark place which he pulled himself out of simply by turning his focus to the ocean.

Needless to say, Eric’s journey to his current position as a surf instructor is far from simple, and he smiles sheepishly at the thought of his early days when he was a self-confessed stoutegat. “He was a little skabenga,” laughs Damon, as he recalls Eric’s arrival at Vic Bay. “I caught him stealing and I said I was gonna moer him. But from then on he was cool, and he slowly got better and better at surfing, and now he rips hey.”

By this point, Eric was spending hours in the surf every day. First on a scavenged boogie board. “A purple Hot Buttered,” he fondly remembers. And later on a short board donated by one of the local crew. “There was a guy named Oom Andries and he told me I must leave the boogie boarding alone and I must start surfing. The next day he came and he brought me a board and he showed me how to paddle and stand up,” recalls Eric. That was his first surf lesson.

Waves aside though, life at Vic Bay was far from glamorous. Eric was soon bounced from his self-proclaimed sea-view camping ground and resigned himself to sleeping wherever he could. Sometimes he returned to the nearby township, other times he just slept outside the public bathrooms.

“All my friends and I used to go surfing and we used to see him. We never knew his name, his age, nothing, but he was practicing there,” said Damon.

Eric’s surfing improved dramatically over time, and as he slowly became a familiar face to the local community where he began guarding cars and giving impromptu lessons to tourists on the beach. That was when Damon first offered him the chance to teach at the surf school. The money Eric was making was going partly to his father, who had suffered a stroke and would later pass on.

Despite the challenges though, Eric persisted, and today his face is as much a part of this place as any other local. Vic Bay has become his home and its people, his people. 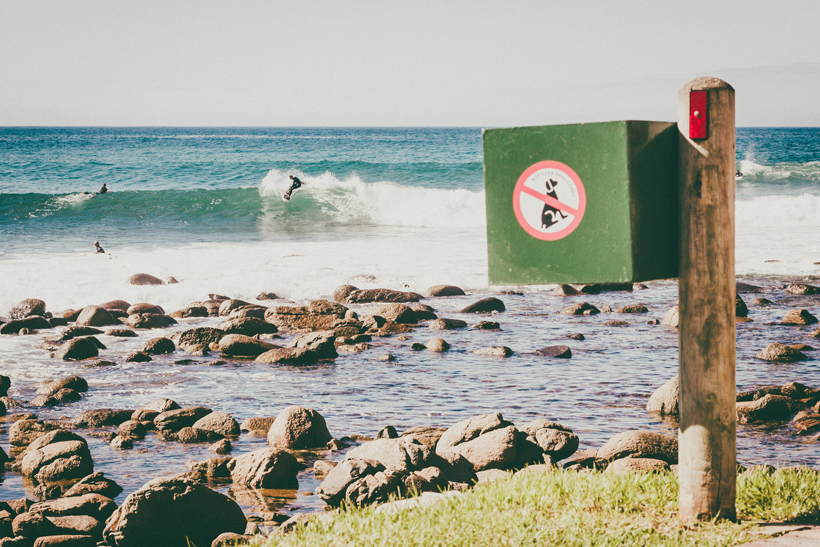 Each morning Eric glides down the hill from the carpark on his battered skateboard, his dreads protruding from beneath the thick strap of his oversized headphones. His bearings whine as he cruises past, his pants slung low, his bag even lower. Looking like a hip-hop artist, he begins his day with a few chores while greeting locals on the boardwalk. Before long he is squeezing his small frame into a short sleeve 2mm wetsuit which he then covers with a 3mm long sleeve, for good measure. He tops off his kit-up with two booties as Damon teases him about the warm 20-degree water, while his first student of the day watches awkwardly from the sidelines.

Like any good teacher, Eric is undeterred by his student’s awkwardness, his smile and casual ease are never forgotten as they move to the beach to go over paddling technique. Even there, with no board and no real waves Eric runs full-tilt into the first approaching foamy as his student trails along behind.

Eric’ enthusiasm teaching students in the wash is identical to his enthusiasm on the point break where he can be found ripping apart 6 foot slabs with the best of them. He is one of those guys in the lineup who brings life to the place, greeting familiar faces left and right before paddling into a wave, carving his way through the first section and then pumping his way all the way to the shore before running back to the entry point for another one.

Eric’s story is a testament to the rehabilitative power of the ocean, which every surfer the world over has experienced in some form. But more than that, it is a testament to the power which small seaside communities possess. The ocean itself was undoubtedly the beginning of Eric’s journey to his current position, but without those few key figures in his early days, an Oom Andries to give him a board, and a laid-back business owner like Damon to offer him a job, would the ocean have meant anything? 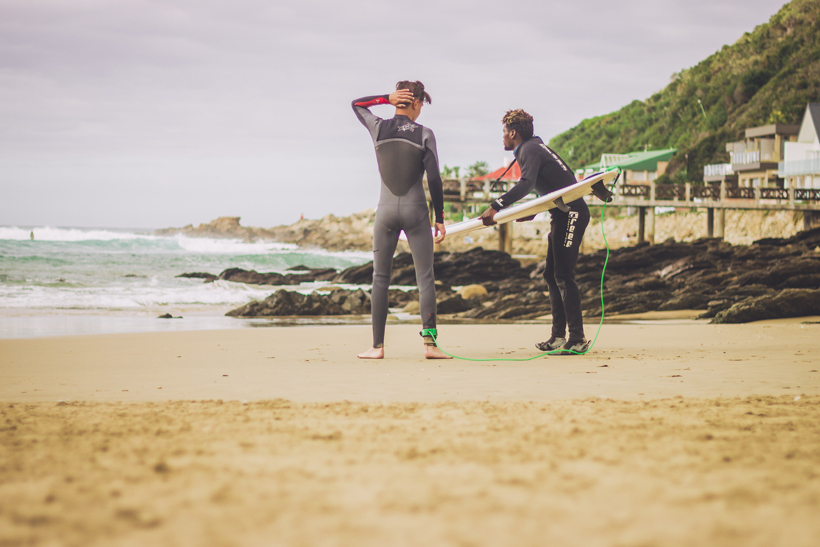 The small groups of local surfers who worship the rise and fall of tides and peaks at places like Vic Bay, are the backbone of communities quite unlike those which surround activities like golf, cricket or even mountain biking. Some of these communities like Waves for Change and Surfers not Street Children have names, constitutions and mission statements. Others, like this one at Vic Bay, exist in isolation offering the same kind of rehabilitation just by going about their everyday lives. And yet sometimes one senses a cloud of fear hanging over the collective conscience of surfers, a fear that the world is somehow going to run out of waves as the sport progresses.

“It’s a very tight knit surfing community. Eric broke into it which is very difficult ‘cause it’s very local.” Damon admits. “But everyone was very kind to him, gave him surfboards, gave him clothes.”

Eric’s story perfectly defines the over-used and under-defined word “stoke” which can be read in surf magazines the world over. Now more than ever surfers must recognise that this stoke, if selfishly protected, will render us nothing more than an exclusive band of over-privileged fiberglass fanatics. Eric, a product of this stoke, understands intuitively the need to share it and hopes one day to begin teaching kids from his township to surf too. Hopefully he will receive as much support from the surfing community to realise this dream as he once had to help him realise his original dream of just riding a board himself, and hopefully his short story of Southern Cape ocean rehabilitation will become one of many more. 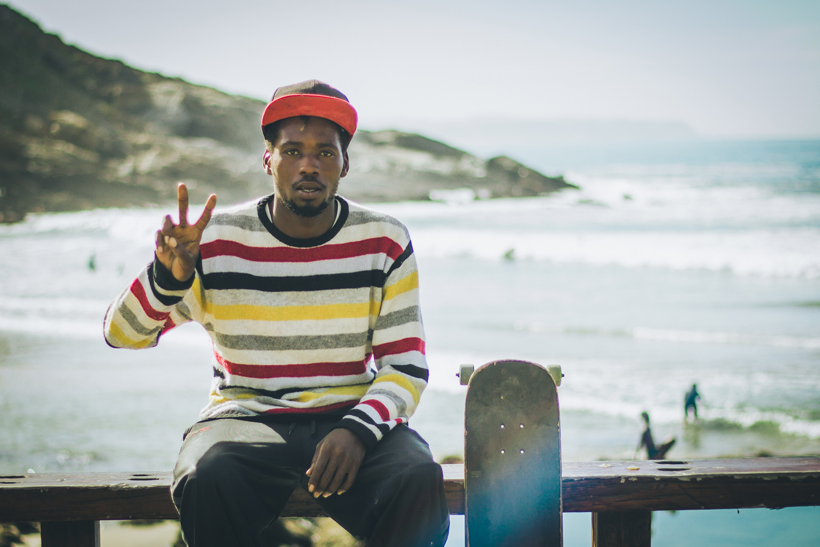 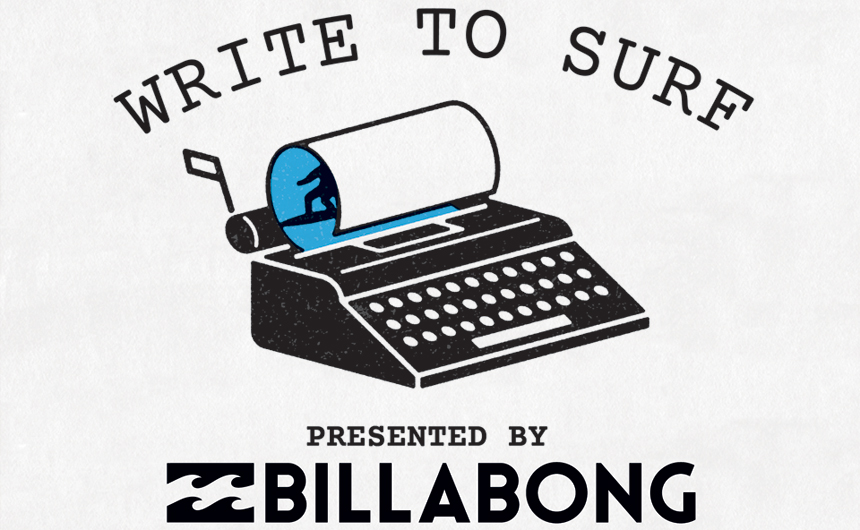