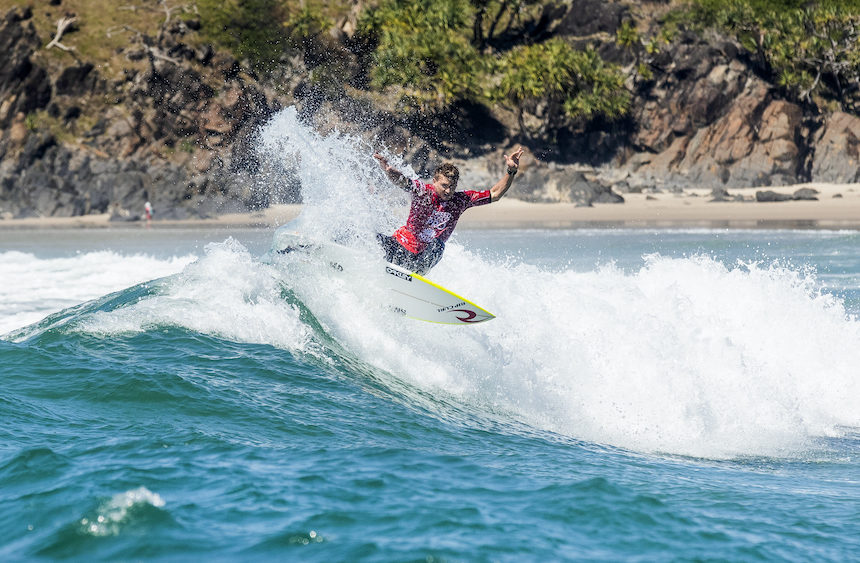 Matthew McGillivray finished runner-up at the Tweed Coast Pro, event one of the Australian Grand Slam of Surfing. Australia’s Ethan Ewing and Tyler Wright came out on top to take epic victories in fun two-to-three foot waves at the beautiful Cabarita Headland in what has been professional surfing’s return to the ocean for the first event since March this year.

The men’s Final was an amazing glimpse into professional surfing’s future with Championship Tour comeback kid Ethan Ewing facing off with the only international competitor in the field, 2020 Tour Rookie Matthew McGillivray.

Having travelled to Australia to compete in the opening events of the Championship Tour before they were cancelled, South African Matthew McGillivray decided to hang around down under in case events were called back on. Eventually, there were no flights home and he was stuck in Australia which ended up paying off as he found himself with a spot in Australian Grand Slam of Surfing. McGillivray made the most of his opportunity, making it all the way to the Final, his second runner-up place to Ethan Ewing on Australia’s East Coast.

“I’m overwhelmed to make the finals here,” McGillivray said. “It’s been a great event and to surf against Ethan was special because we’ve met in a final before and he beat me last time as well so I’ll have to try and get one back on him soon.  It was a big decision for me to stay on here and I miss my family and friends back in South Africa but I look forward to getting back there soon. Although it’s been tough the decision was made worth it with getting a spot in the Australian Grand slam of Surfing and has been a good decision for my career.”

All eyes will now be focussed on the forecast for the Boost Mobile Pro Gold Coast as the Australian Grand Slam of Surfing continues for the coming weeks.