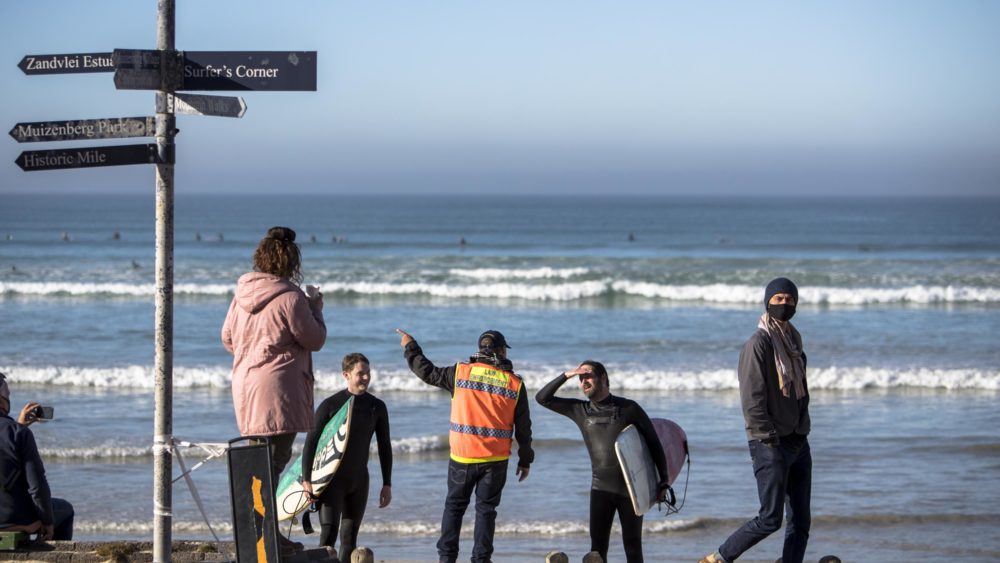 Scores of Cape Town surfers took to the water this morning in Muizenberg under a fog of ambiguity that even had the police scratching their heads about what the regulations are when it comes to surfing under Level 3. The authorities eventually arrested two surfers, but many others continued surfing throughout the day. 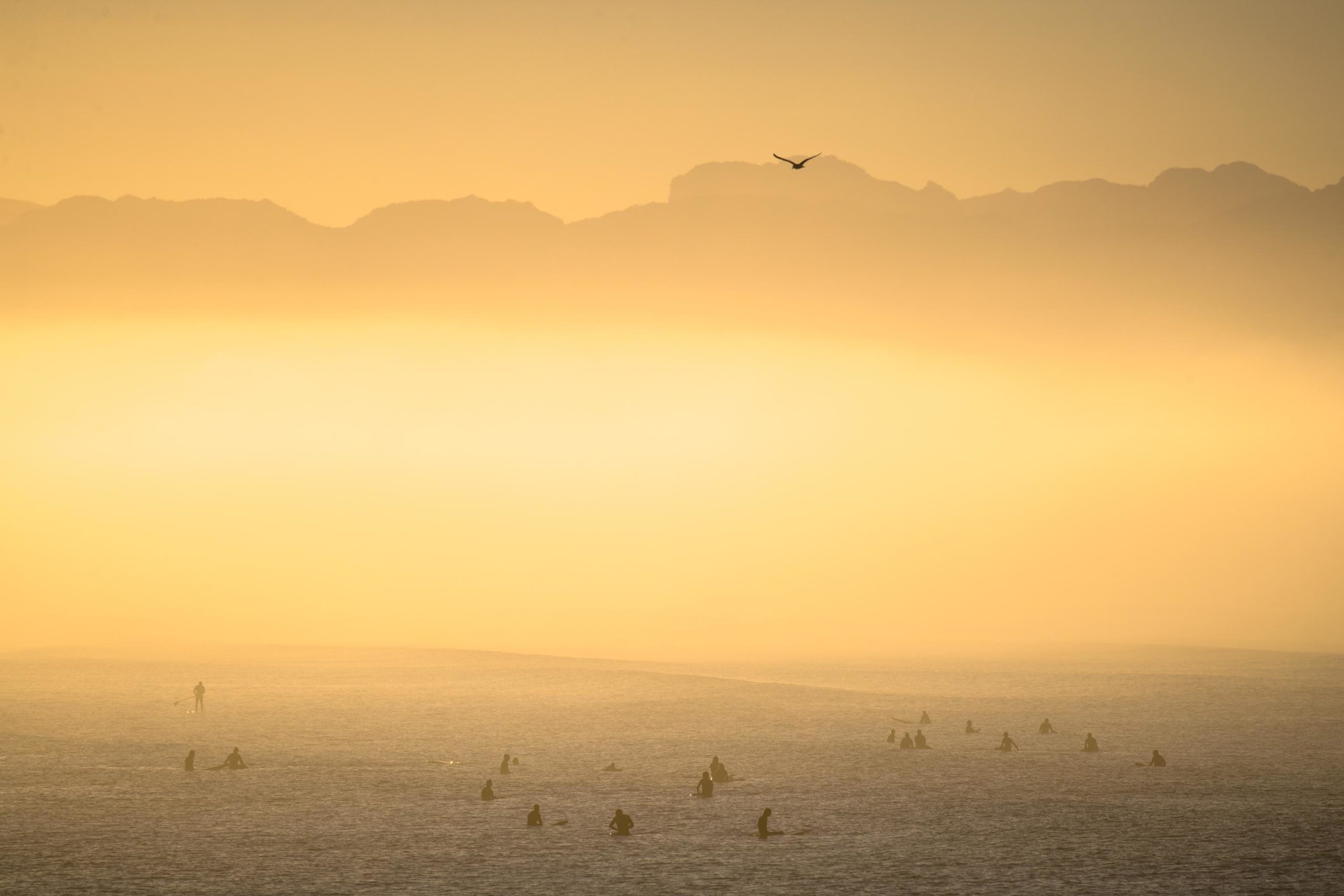 “We arrived this morning,” reports Craig Paul, co-owner of Lifestyle Surf Shop in Muizenberg, “the police and law enforcement were here, not being hectic about anything, just chatting nicely to the surfers. At one stage they said they were going to phone the station and speak to their commander up on the mountain, which they did. After the call they all drove off. Everyone figured that that was the time to get in, and within 15-mins there were 50 people in the water. Everything seemed fine… I mean the police have been good. Just telling people what the rules are. What they think the rules are, at least, while we shared what we thought the rules were. No one is really sure what the rules are at this stage.” He laughs.

“It’s been a really interesting morning. There are still guys out now enjoying it and hopefully, they all get in safely. I think that is what will happen. You just aren’t allowed to touch the sand. Officially anything along the coastline is ‘beach’. I don’t think it matters whether it’s sand, rocks or a pier to be honest. If you want to enter the lineup without touching the beach we’ll have to rig up a zip-line from the Lifestyle balcony down to the water’s edge to be 100% safe. We’re working on it.” Craig laughs harder.

“People were desperate to get out there. I’m stoked that they came down today, and I hope it can continue legally. I just think we need to stay within the law as best we can. Today has been a good day for the guys and girls to get out there, and everyone was hooting in the water and just being super stoked. It was a good vibe. Even from the police and everyone. It’s nice to have that feeling back a bit. I mean yesterday it was completely empty. No one has surfed at Muizenberg at all from what I have seen in the two weeks we’ve been open. The lockdown has been well adhered to. So I think these people really deserved this little respite from their lounge, Netflix or whatever.” 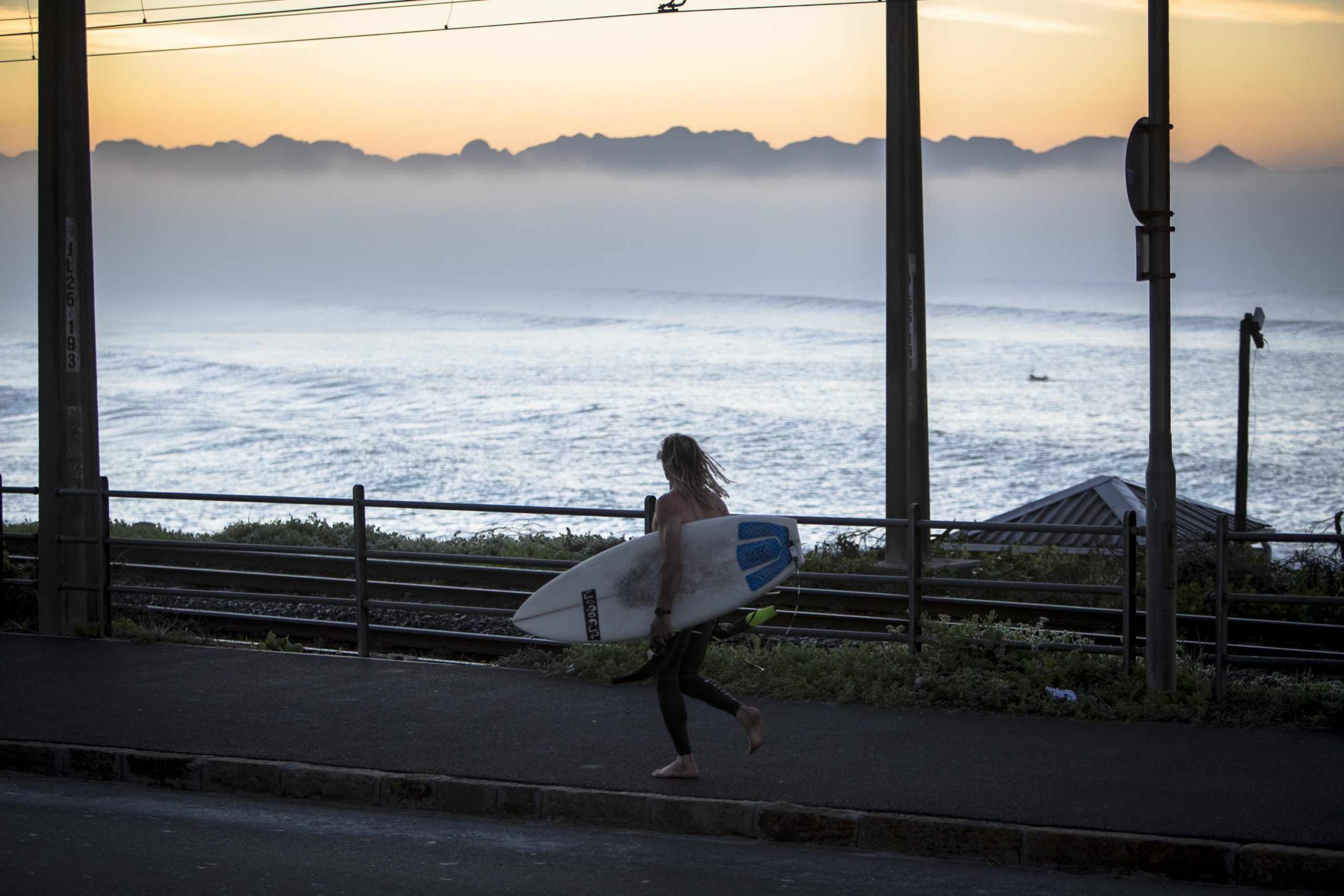 Justin Rogers, Muizenberg local, reflects. “It was so good to be back in the water. It’s warm, the suns out and the waves were epic. Ja, it’s just good to be back. Hopefully the first surf of many. I do feel like it was a bit unfair of them to take this away from us, seeing as surfing is an individual sport. I feel like it should be allowed because we are keeping our distance and it’s non-contact. There was just such a good vibe out in the water and I’m stoked we’re back. It’s lekker. We did get reprimanded a little bit down the beach this morning and were told we could be arrested, so we kinda moved on closer to the corner and just had a great session. I’m not sure if anyone else had issues, but I just heard a siren, so I’m not sure what the situation is, but something’s up.” 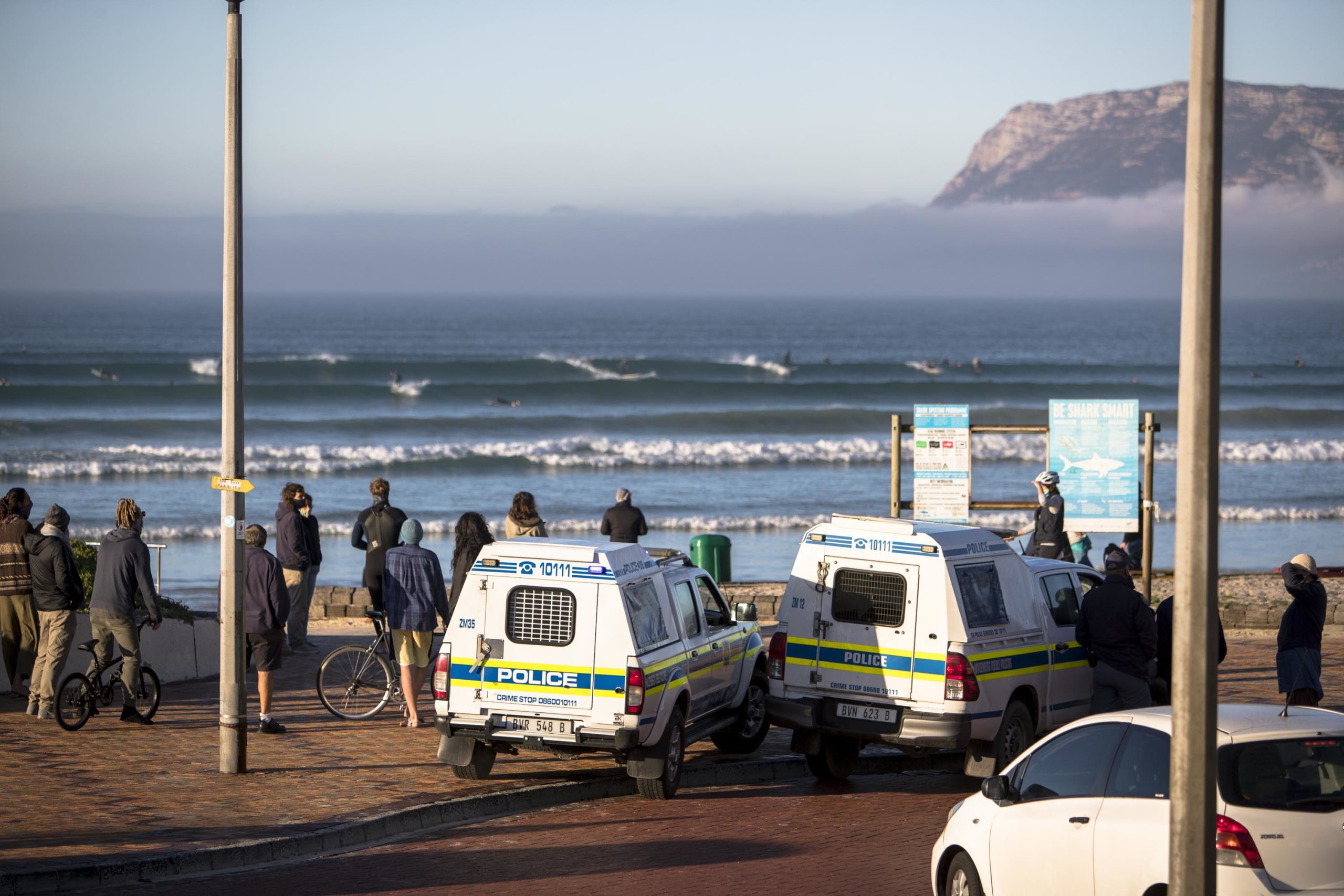 While speaking to Justin a SAPS van stopped and confronted two surfers who were promptly arrested, loaded up into the back of the van with their surfboards and driven to the Muizenberg SAPS station for booking. Upon release, they were reluctant to share their experience but did state that they were foreigners and were extremely worried what the arrest would mean for their extended visa applications. Why and how two out of 50 plus surfers were chosen to be arrested and not merely warned, is unknown, but a member of SAPS who asked to remain anonymous did suggest that it may have been to make a statement that surfing is still illegal and beaches are still closed, until further notice. They went on to say that today was mostly educational and they would continue to warn surfers until official word was given by government on the state of surfing. 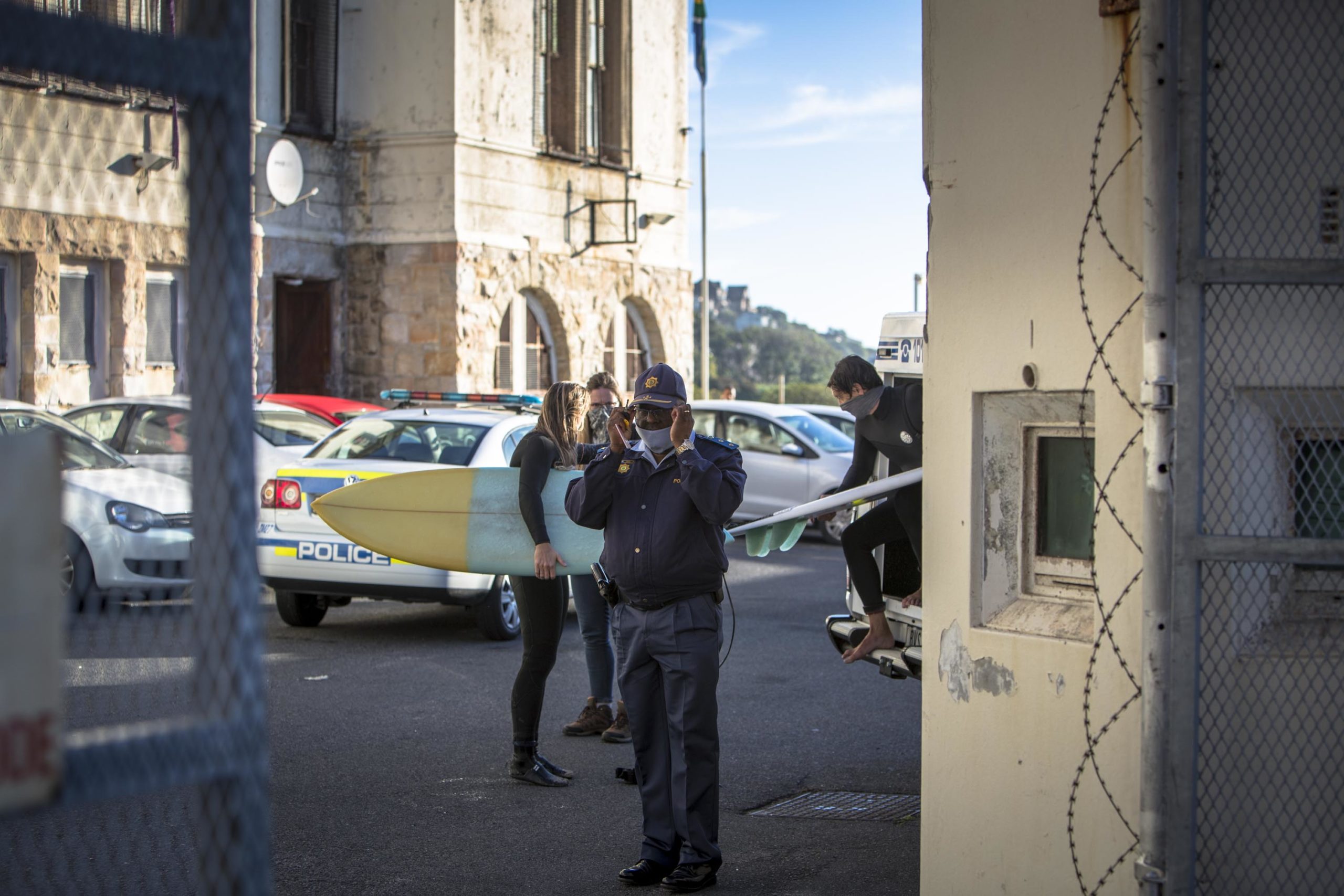 Speaking to another local Muizenberg surfer shortly after his surf, Ntando Nqadala echoed the stoke he felt. “The surf this morning was amazing! It’s been a while, hey! This is my first surf since lockdown started. It was a bit weird and off-balancing because of the police presence, but it was still incredible. People were being very respectful in the water, keeping their distance and all greeting one another from a distance, catching waves and just having fun. Unfortunately I did see two people get arrested just now. It’s still a bit scary. A Law Enforcement officer called me out of the water this morning, but I got scared and paddled away. When I came in another two approached me and told me that the beaches are closed and that I am not allowed to be in the water. I apologised and said I thought surfing was allowed after the minister’s speech and what I read on social media, and they let me go. Luckily they only gave me a warning.”

All in all the vibe on Muizenberg beach today between surfers and authorities was mostly one of shared respect and humanity, stoke and the aloha spirit. What tomorrow and the week ahead will bring is unknown, but if this morning’s “family” session was anything to go by, surfers desperately needed the salt therapy – even if just for one day. Leaving the beach, the question surely on every surfer’s mind is when will we be legally allowed to surf again? 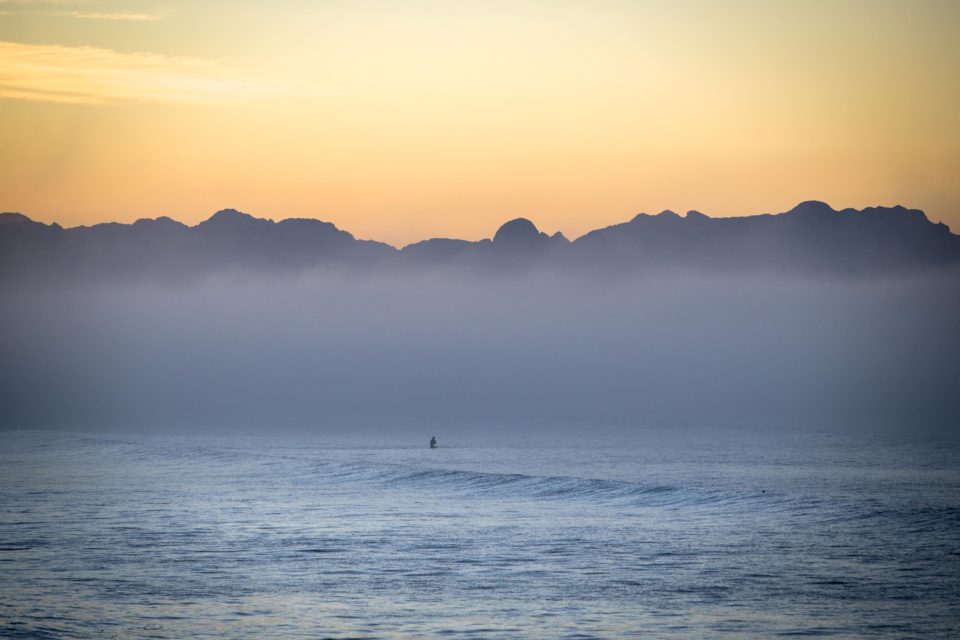 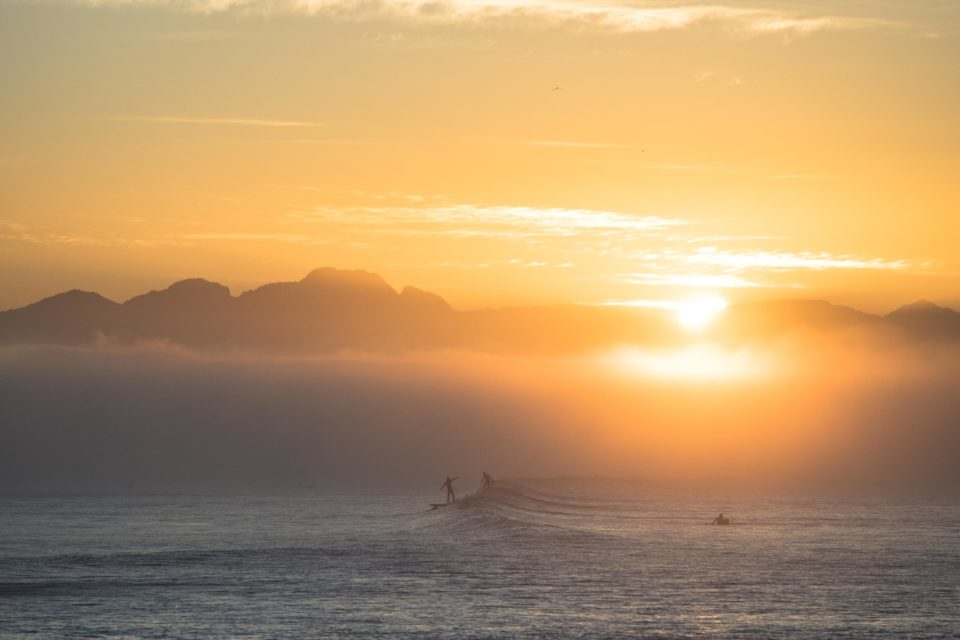 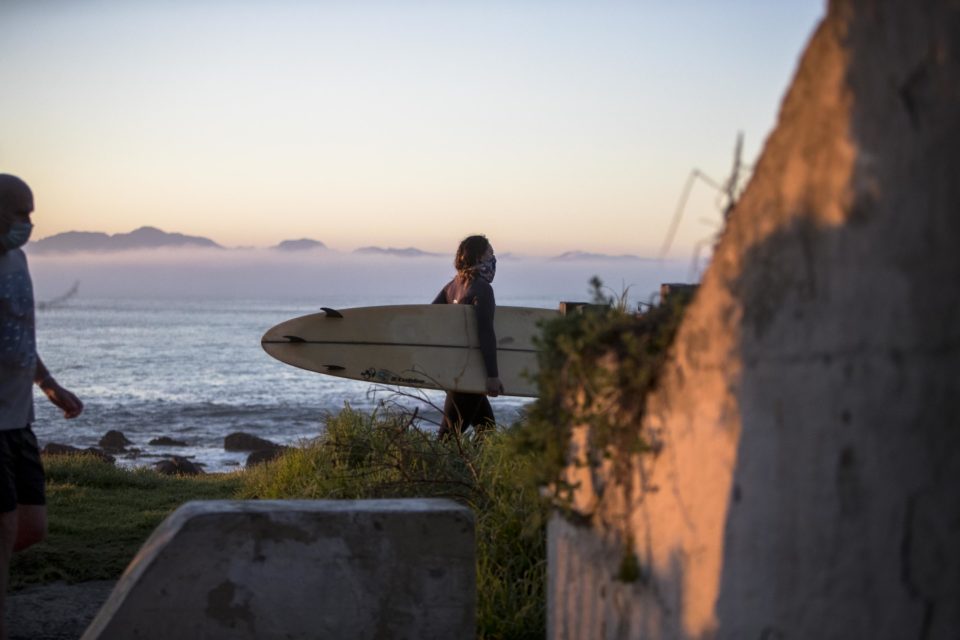 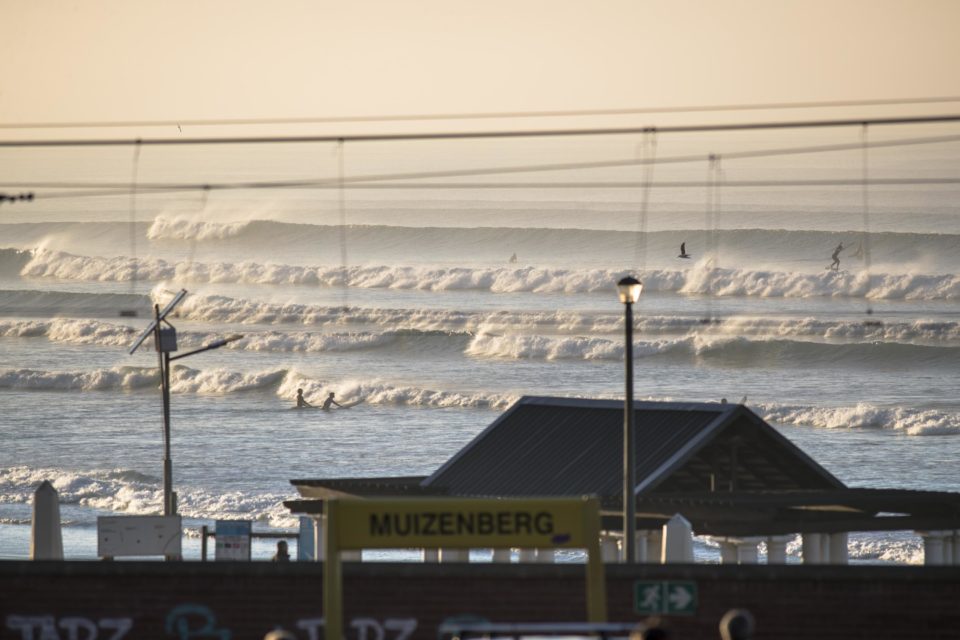 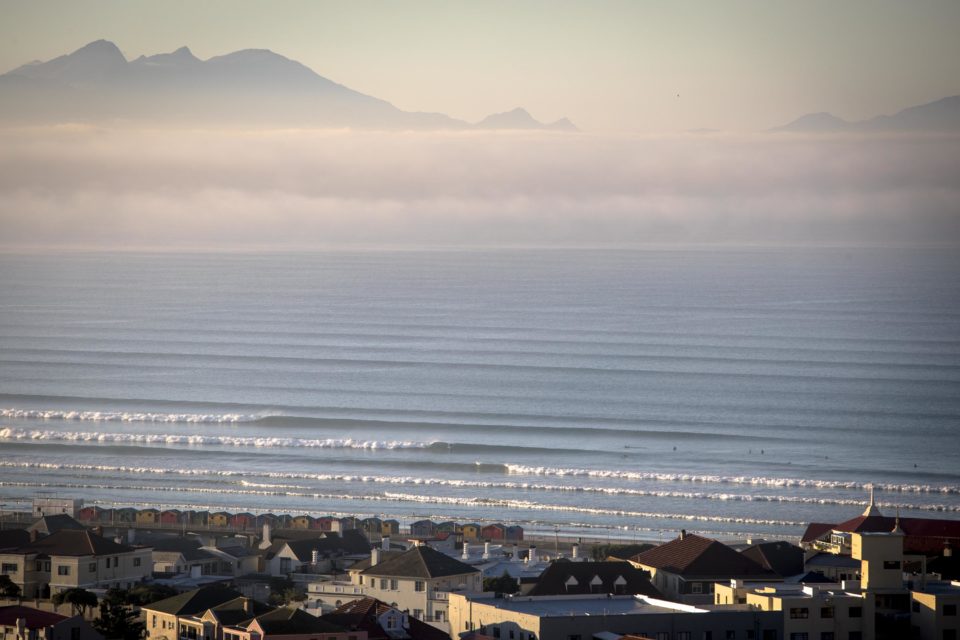 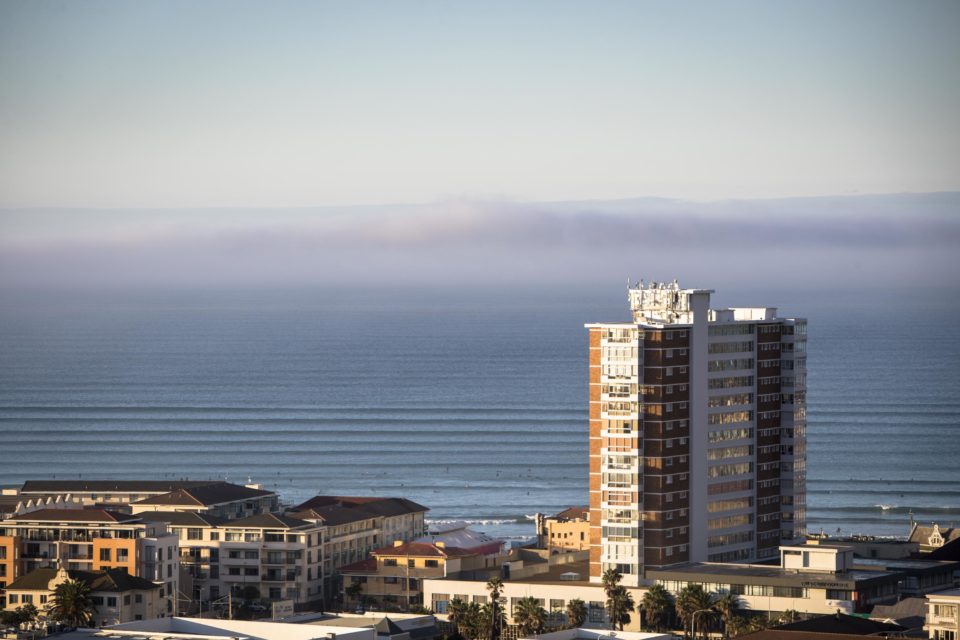 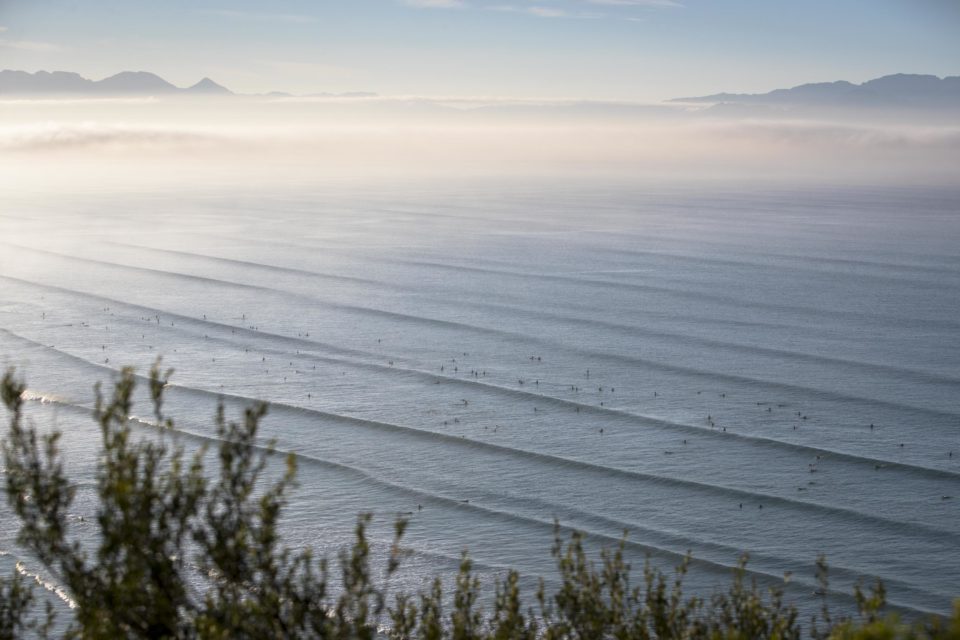 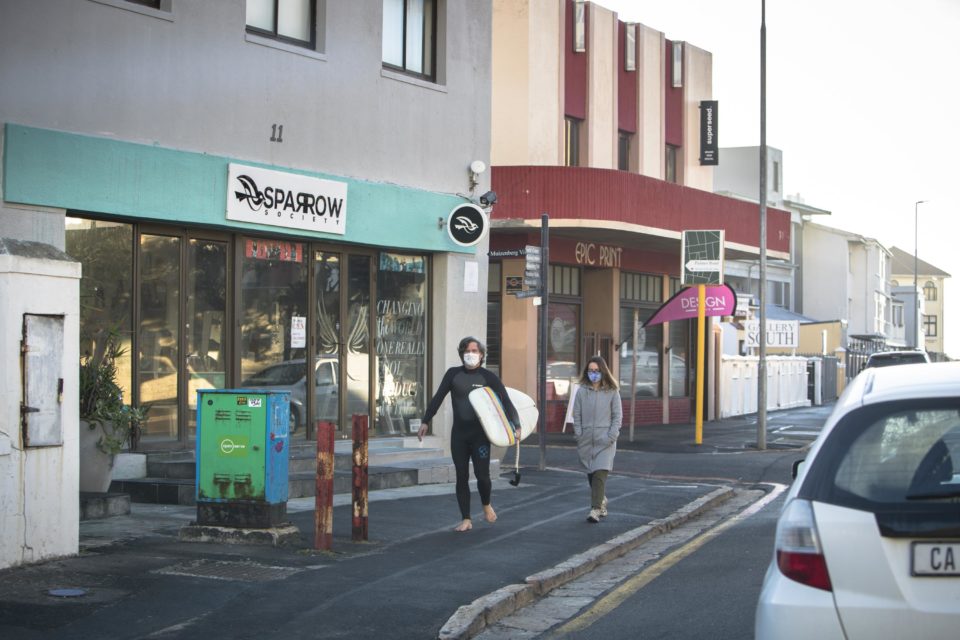 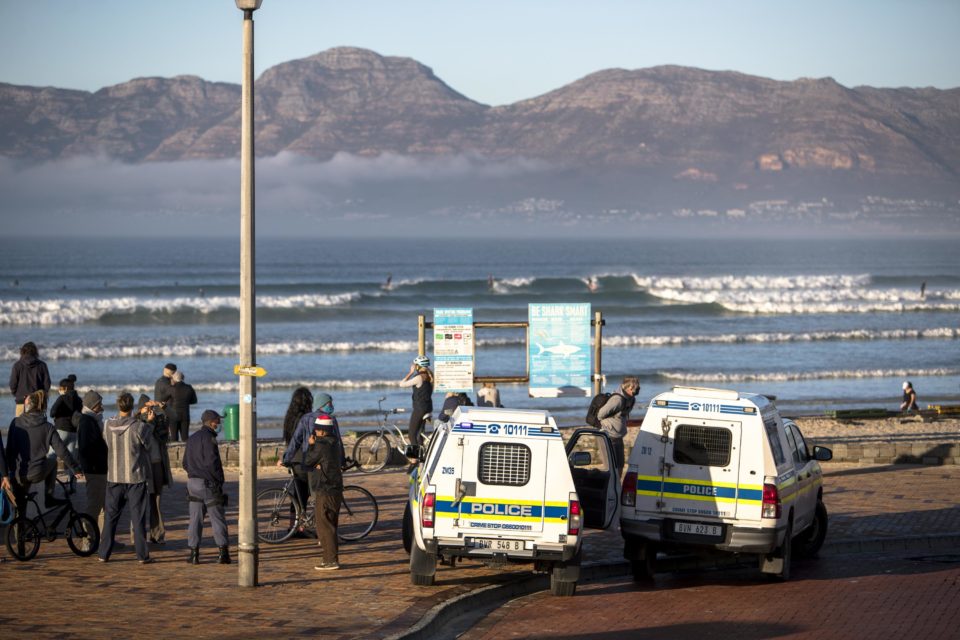 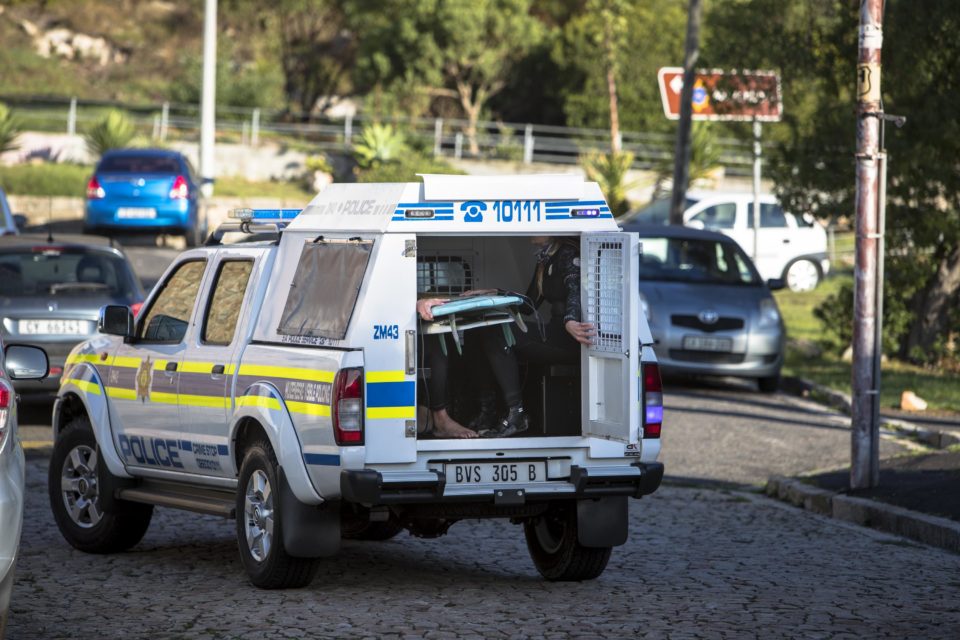 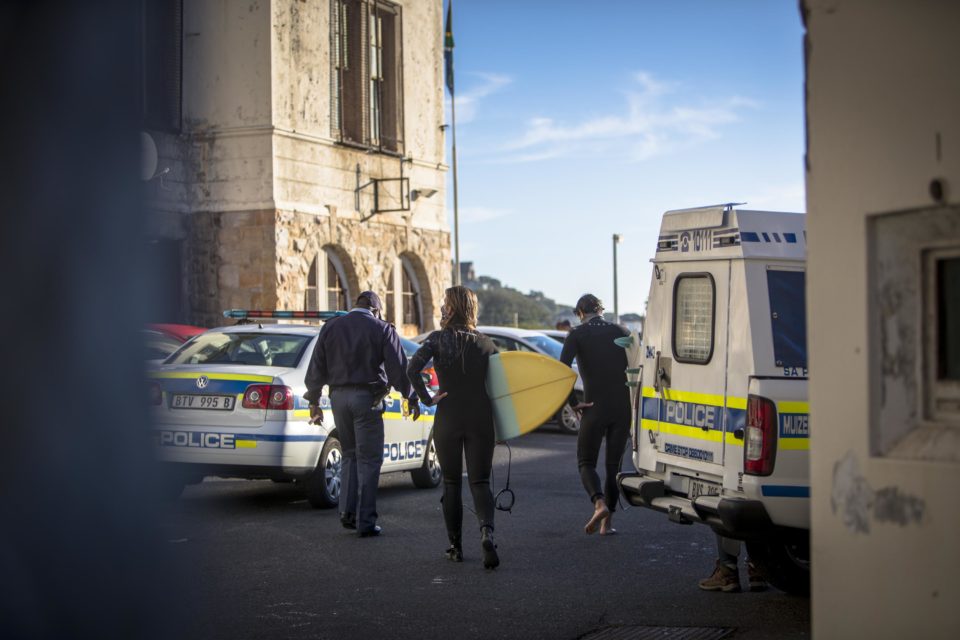 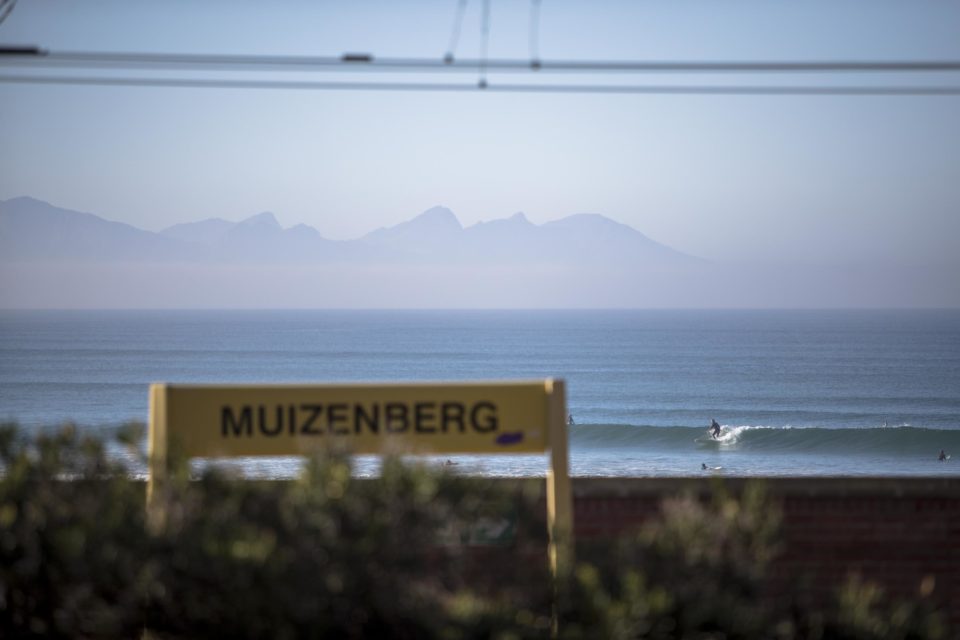 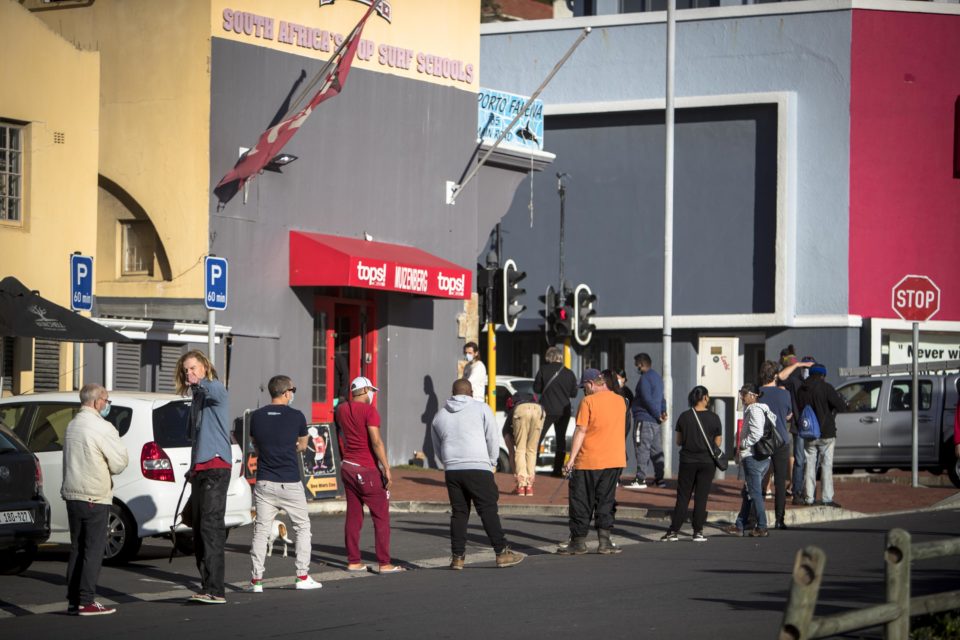 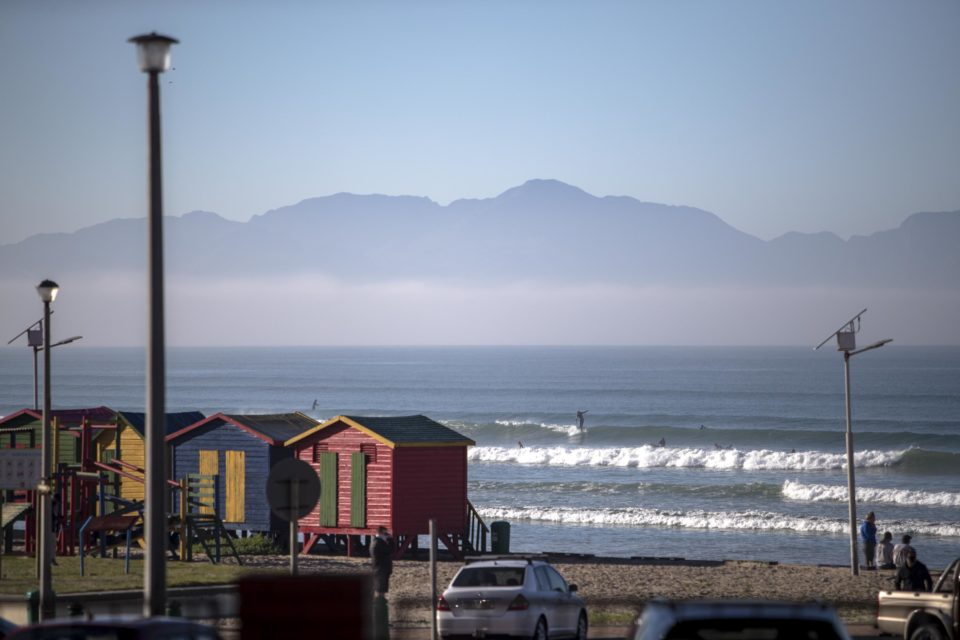 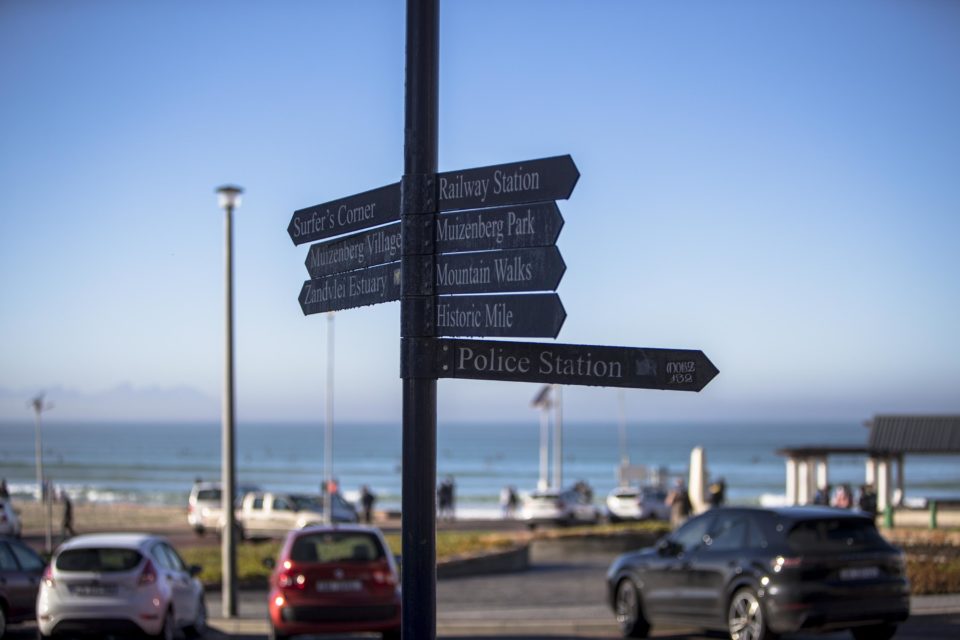 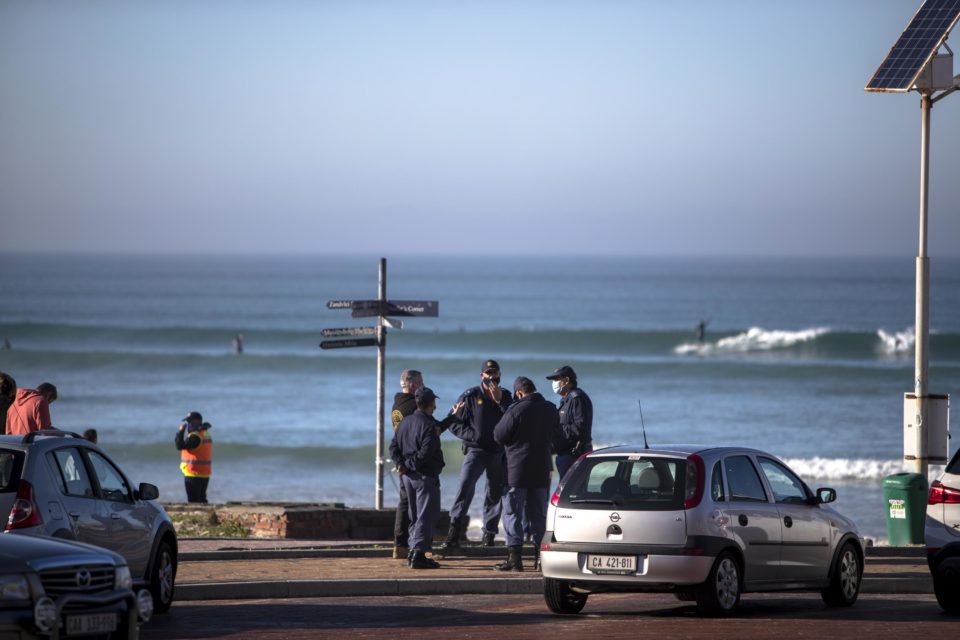