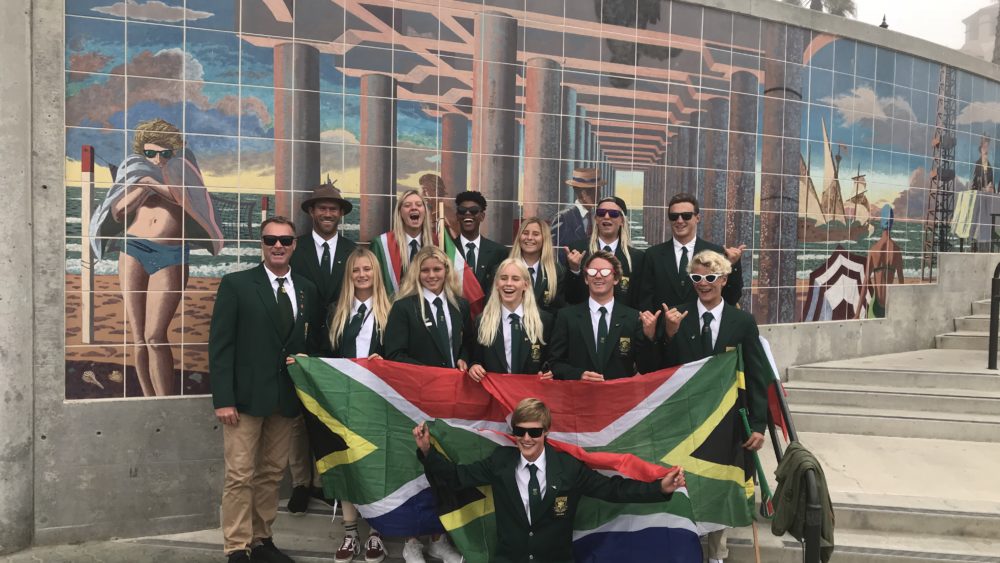 The world’s best Boys and Girls U-18 juniors took the water in the first full day of action at the 2018 VISSLA ISA World Junior Surfing Championship – presented by Visit Huntington Beach – putting their elite talent on display.

In the under 18’s division, Luke Slijpen and Angelo Faulkner were drawn together in the same heat and of the 4 competitors in the heat the South Africans finished first and second respectively, with Luke claiming pole position. Bryce Du Preez was not as fortunate and will have to slug it out in the repo rounds after finishing 4th in his heat.

On the girl’s side, Zoe Steyn was able to secure a spot in Round 2 with a second place finish in her heat, while Tayla De Coning wasn’t so lucky finishing 4th in hers and being sent into the repo rounds. The third South African making up the U18’s division, Gabriella Lailvaux is yet to surf.

Similarly to the U18 boy’s division two South Africans were drawn against each other, Tide-Lee Ireland and Mitch Du Preez with Mitch getting the better of tide finishing 1st. Luke Thompson also made it through into round 2 with his 2nd place finish in round 1 clash. All three boy’s from the U16 division were able to avoid the repo rounds.

Both Zoe Steyn and Ceara Knight were able to advance through to round two after placing 2nd in their round 1 clashes, with Kayla Nogueira still needing to get her feet wet. All in all the South African junior team has shown true grit and determination, where all the hard hours of training have started to pay dividends. Keep it up team SA, the whole country is behind you! 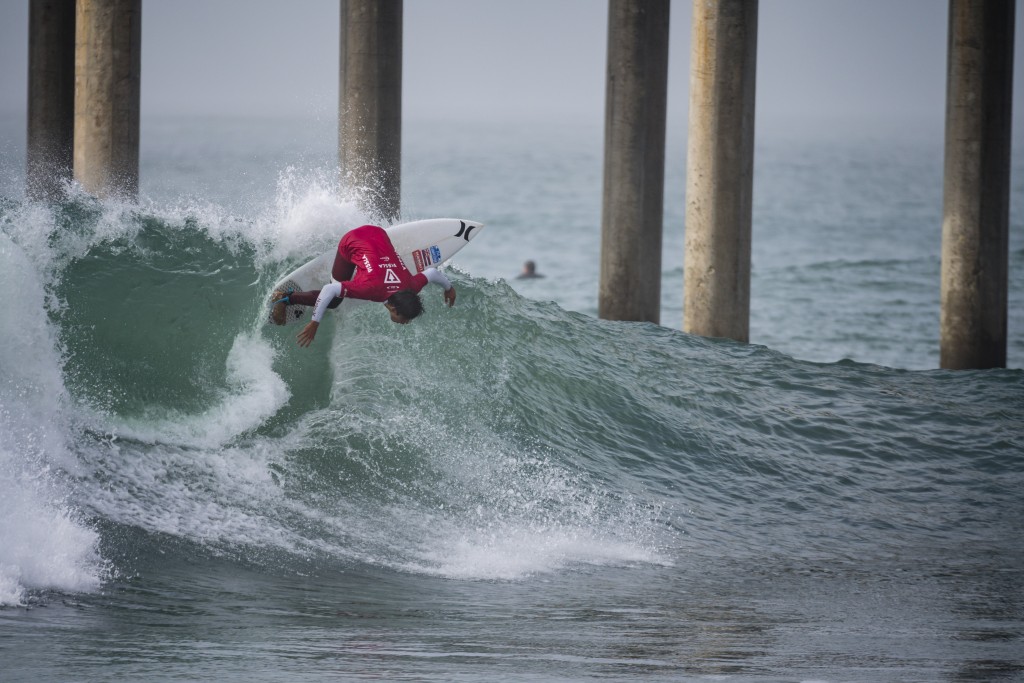 In the event’s first year featuring a gender equal format for competition slots, the girls broke participation records and rose to the occasion to demonstrate their world-class talent.

Team Japan’s Kana Nakashio earned the highest heat total of the event thus far with a score of 17.44 in the Girls U-16 Division. Her high wave score of 9.17 was matched by Hawaii’s Cole Fry, who also earned the same score in the Boys U-18 Division.

USA’s Kirra Pinkerton (14.74) and Sawyer Lindblad (13.5) and Japan’s Sara Wakita (13.44) were among the standout girls on the second day of the event, notching solid heat totals in the girl’s rounds.

In the boy’s competition, USA’s U-16 athlete Jett Schilling excited the home-town crowd at Huntington Beach Pier with the boys highest heat total, earning an impressive 15.33.

Tahiti’s Kauli Vaast (15.17) and Australia’s Mac McGuigan (15.07) also represented their nations well and got their campaigns off to a strong start, respectively earning the second and third highest totals among the boys.

The 44 countries and 361 surfers mark a record for the event, exemplifying the increased global reach of the sport since Surfing’s inclusion in the Tokyo 2020 Olympics.

England’s Lily Pierce advanced through Round 1 of the U-18 Girls Main Event and expressed her excitement surrounding the record number of girls competing in 2018.

“It’s super cool that the ISA is implementing gender equality in all their events. Women’s surfing is progressing so much around the world and in England.” 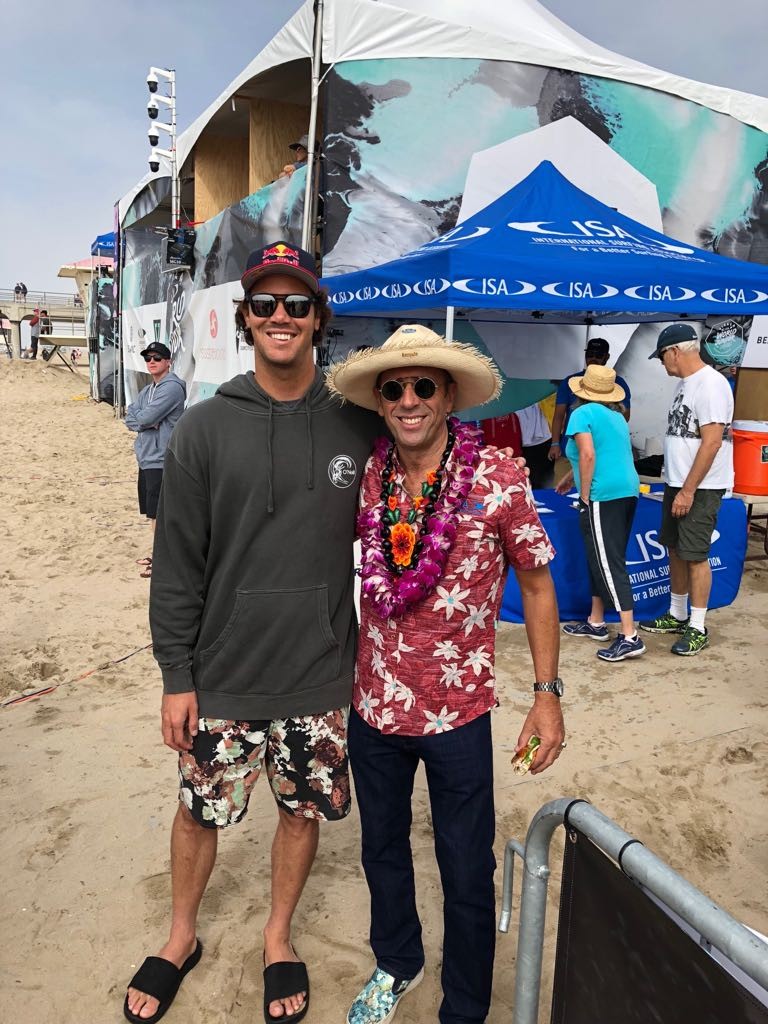 Current WSL #6 South Africa’s Jordy Smith, who jumpstarted his career as an ISA Junior World Champion in 2003, came to the event to show his support for the future generation of the sport.

“The surfers are all putting on a great show,” said Smith. “The boys have been surfing well and now I am especially excited to watch the girls take to the water.

“I came up through the ISA Juniors and was fortunate enough to win and have this experience. This is a unique opportunity for these young kids, so they just need to enjoy it.

“Surfing in the Tokyo 2020 Olympics is really a cool thing and something that I definitely want to be a part of.” 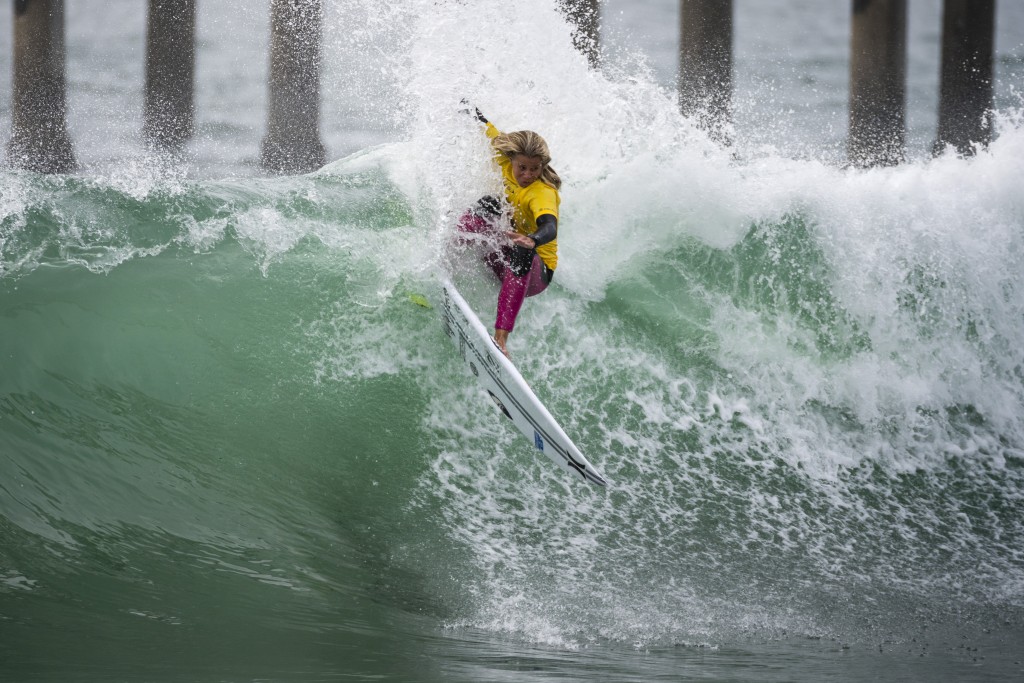 Member of South Africa and ISA Scholarship ambassador Angelo Faulkner commented on his emotions competing in the event.

“This is my second time at the VISSLA ISA Juniors,” said Faulkner. “We did a pre-event training with Jordy Smith who is a past World Champion in this event. He told us to go out there and have fun and our surfing will come naturally.

“I was shocked yesterday when the ISA recognized me on stage during the Opening Ceremony as a Scholarship ambassador. I didn’t expect it. The ISA Scholarship Program really helped me with my school and I was also able to travel around South Africa for Surfing.” 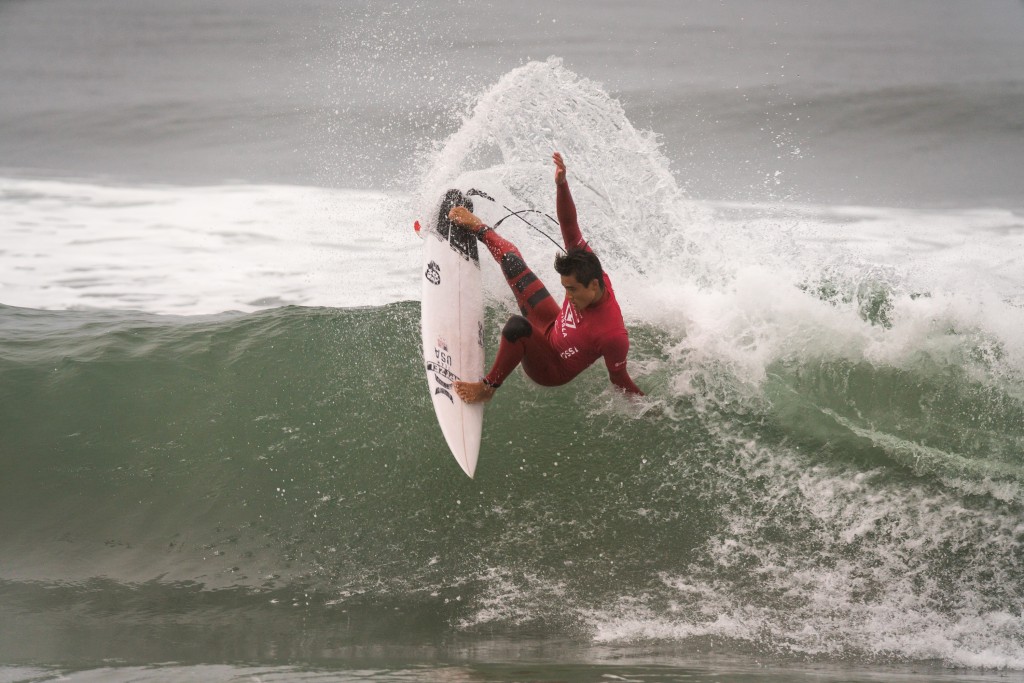 Team China’s Qiu Zhuo didn’t advance through the Main Event on Day 2, but he spoke about the importance of China’s first participation in this event.

“I am so stoked to be a part of China’s first Junior team,” said Zhuo. “I feel really proud. I get a chance to travel and compete, which has been really fun.

“Surfing is not yet popular in China, but it’s growing and quickly becoming a lifestyle. I am learning a lot from the other 43 countries here that I can take home and apply to my surfing to improve.” 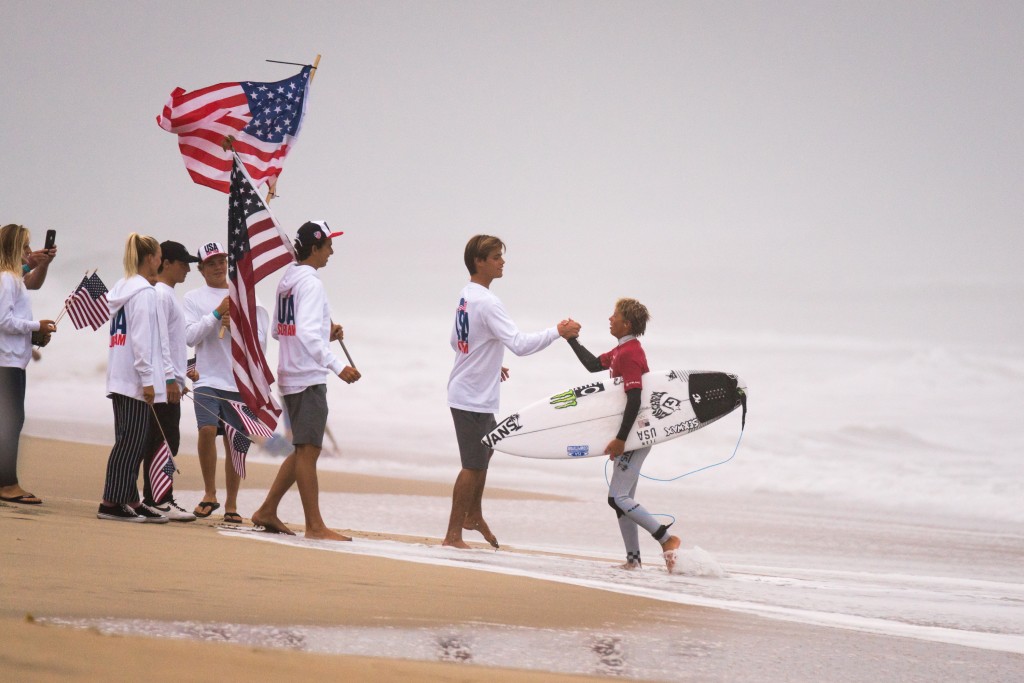 “What an action-packed day of surfing. We ran from dawn to dusk and the world’s best juniors showed us that they came to win, putting on impressive displays of surfing. The girls got the spotlight and didn’t put it to waste, showing us the incredible surfing and scores that they are capable of. I am looking forward to keeping an eye on the top performers, which surely are in the running to be future Olympians in our sport.