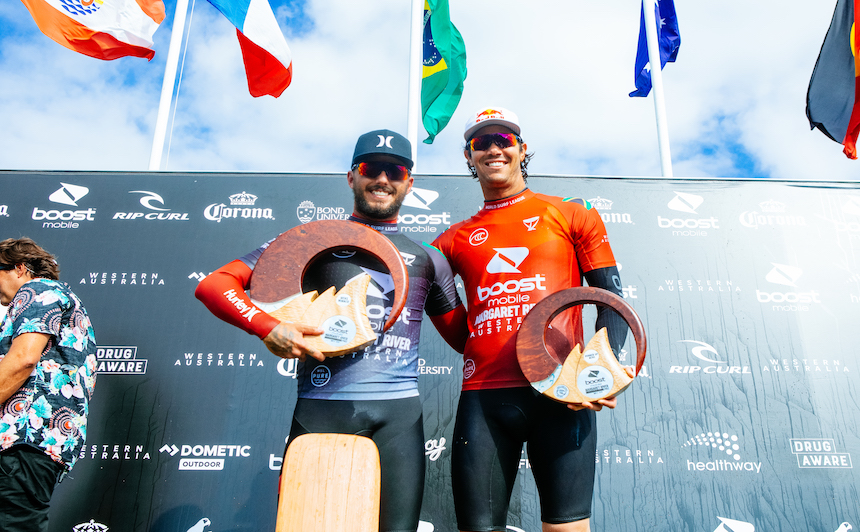 The Boost Margaret River Pro ended this morning and disrupted a lot of South African’s morning routines as Jordy Smith went head to head against Felipe Toledo in the finals, live at around 7am. While we were snoozing Matt McGillivray got his career best result by eliminating Seth Moniz in the Quarters, but went down swinging to Felipe in his Semi. Matt put up a respectable 13.74 points to Toledo’s 15.16. On the other side of the draw, Jordy Smith eliminated Griffin Colapinto on another tight margin, squeaking through by 0.17 of a point. 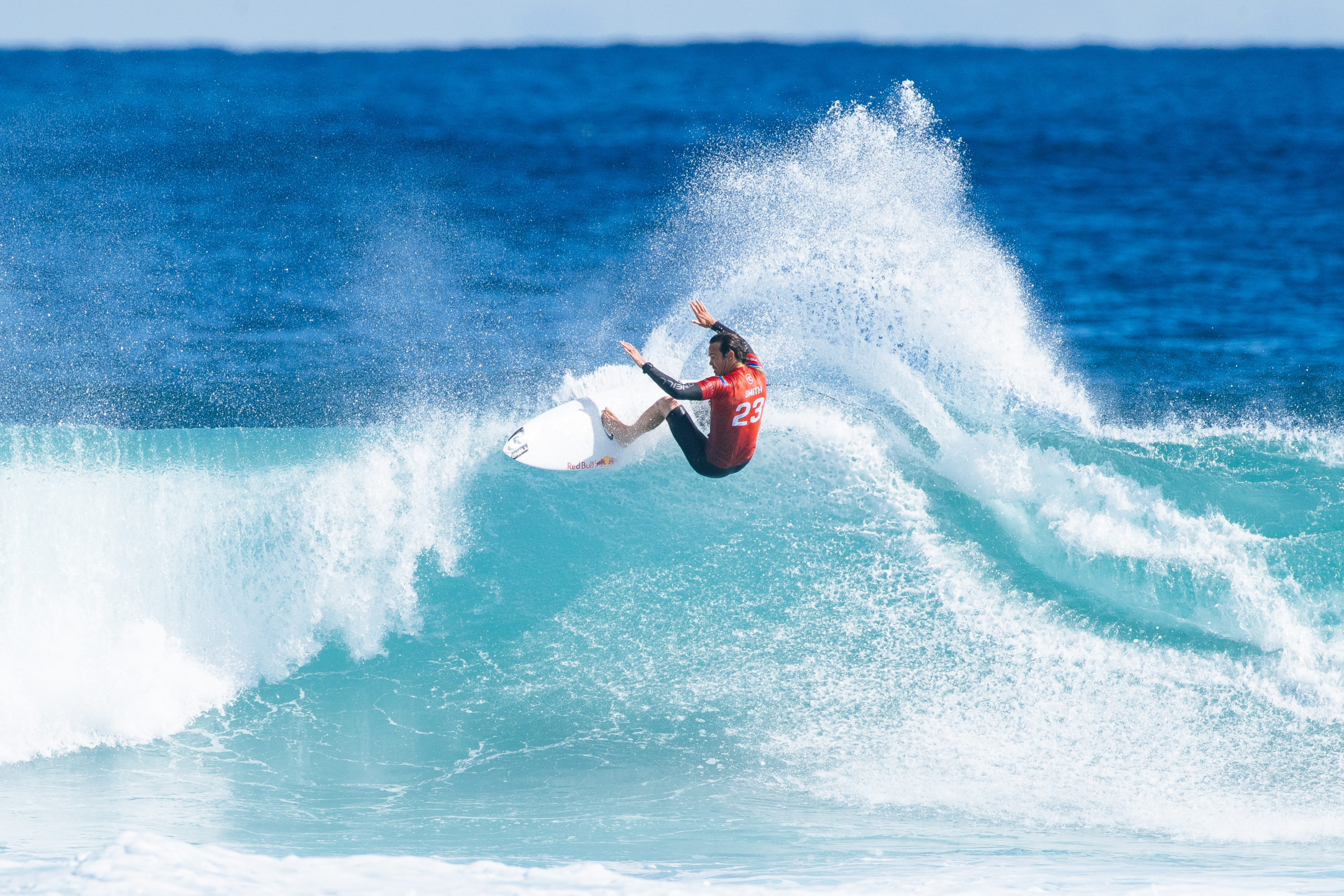 MARGARET RIVER, AUS – MAY 10: Jordy Smith of South Africa surfing in the final of the Boost Mobile Margaret River Pro presented by Corona on May 10, 2021 in Margaret River, WA, Australia. (Photo by Matt Dunbar/World Surf League via Getty Images)

This was a bit of a theme for Jordy throughout this event as he pipped Ryan Callinan by 0.10 in the Quarters, Julian Wilson by 0.87 in the Round of 16 and Alex Ribeiro by 0.03 in the Round of 32. But he ran out of luck in the final as Toledo banked a 9.0 (was he overscored?) and an 8.4 that had Jordy chasing a 9.41 right up until the buzzer. This epic run sees Jordy in #5 and Matt in #16. All eyes now turn to the unfortunately named Rottnest Island for the upcoming Rip Curl Rottnest Search Presented by Corona, launching this Sunday! 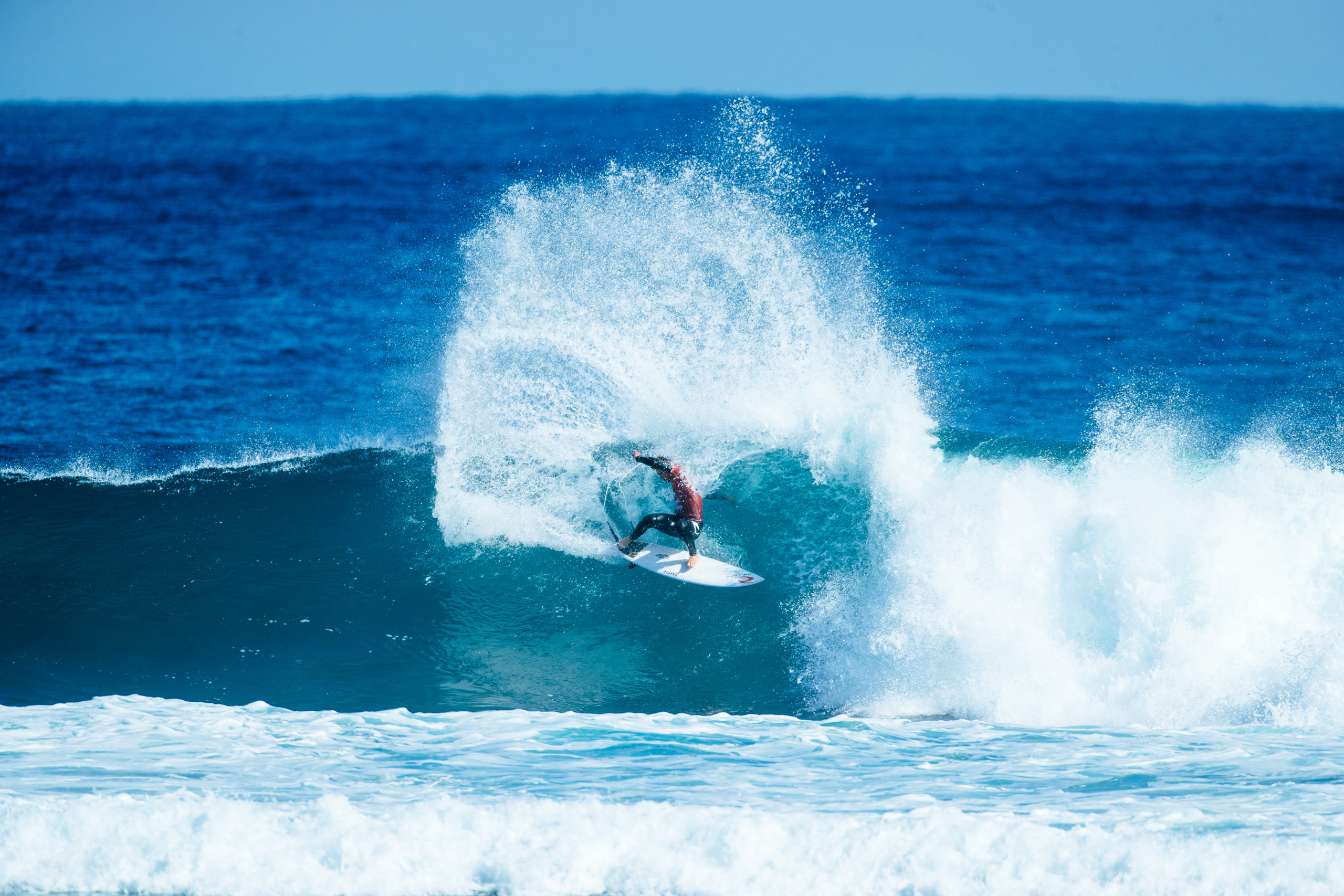