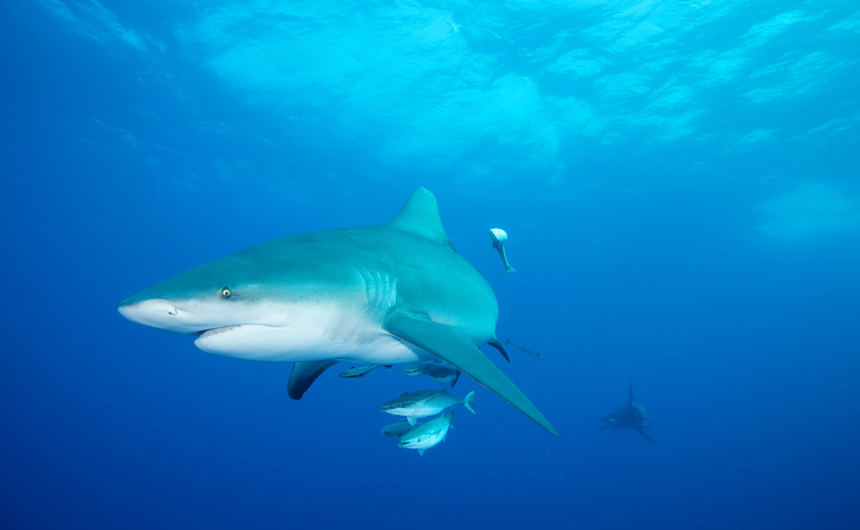 (Forgive click bait) It was a gnarly weekend of shark activity and come Tuesday, the lurkers in grey suits were not done yet! Cape St. Francis local, Ricky Basnett just hit us up to say that himself and Port Elizabeth photographer, Kody Mcgregor had just been buzzed and chased out the water by a rather large meneer.

“I called up Kody McGregor to come shoot seals, waves were deeek at cornski,” read Ricky’s message. ” I had had like two waves and then saw this meneer coming straight for me, luckily he went past but then went straight for Kody who was swimming. Ha ha ha ha… I shat myself! It pretty much turned like a metre away from him and bailed off somewhere. Ous got chased out at the same time by another one up the Point as well so there were at least 2 buzzing about. Think we nailed one little shot out of it at least.” 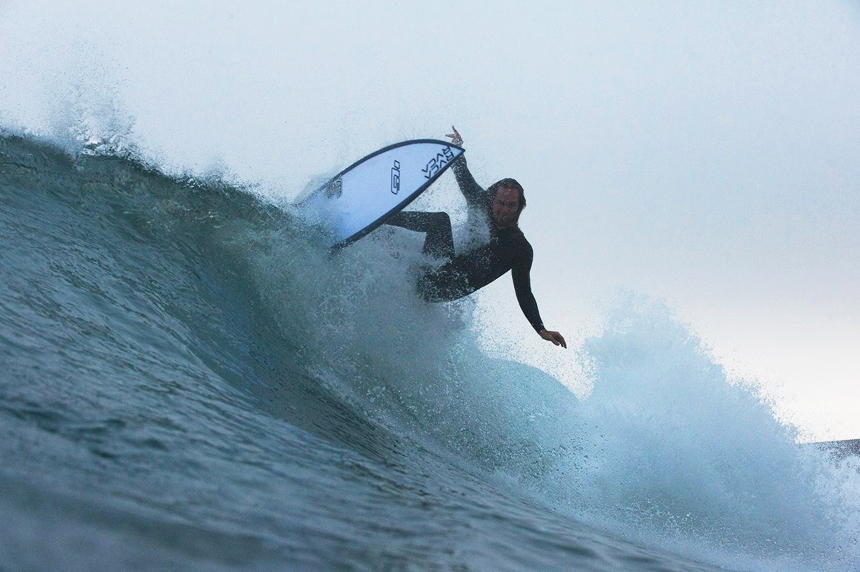 A snap from of Ricky from Kody before the ‘visitation’.

As mentioned it has been a very busy period for shark / surfer “interactions”, globally. There was a fatal attack on a young girl in Australia last week followed by a series of attacks that all happened this past Saturday, the 29th April. Naturally, the cursed island of the sharks – aka Reunion – was first and foremost with yet another fatal attack. This was followed by a relatively lucky bite and release incident in Plettenberg Bay (this after the NSRI released a shark activity warning having spotted a large number of great whites congregating off Robberg), then later on the same Saturday, an American woman was left fighting for her life after being attacked at “Church” surf spot in San Onofre, California, just down the road from Trestles. And come Tuesday, to top off a long weekend of absolute shark mania, we get Ricky and Kody’s close call. Nuts!

A hard hit global surf community have been left asking the same question -“Sup bro?! Why the increase in shark activity?” Is this just an unlucky run or is this a trend? Are we seeing a spike in shark attacks globally? What could be the cause? Is it global warming, cage diving or the depletion of fish stocks due to over-fishing, driving the sharks closer to shore, or simply the specific time of year? Who knows? But you can be sure there will be much chin-stroking and conjecture to follow from the surf community, especially if the encounters continue?

Our condolences go out to the families and friends of the victims and speedy recoveries to those injured. Be safe out there.