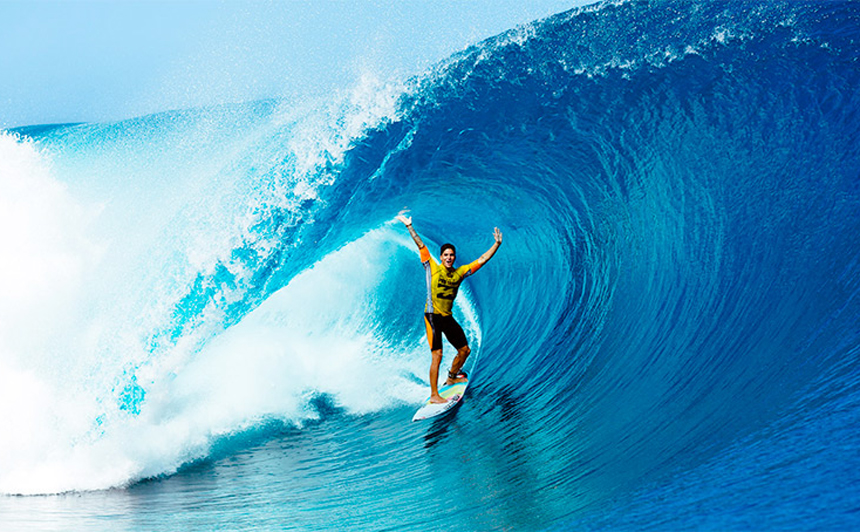 The WSL just released an eight-minute short detailing the world through the eyes of Gabriel Medina. And, it’s a goodie, hitting you right in the feels. The underlying tone marinaded in surfing, family and Brazil as well as featuring a fair amount of airport scenes. Life of a CT athlete I guess.

Mick Fanning says he’s one of the “most naturally talent and gifted kids I’ve ever seen. He doesn’t have any flaws.” While Barton Lynch states that Gabriel is his favourite surfer in the world. The take-home message, he isn’t here to make friends. He’s here to win.

The 2018 Championship Tour title will be decided in one of the gnarliest of all waves – Banzai Pipeline. After failing to win the Rip Curl Pro Portugal, Medina will be under a significant amount of pressure in Hawaii. Cometh the hour cometh the man type of stuff. Three surfers will battle it out for the most prestigious trophy in professional surfing – Medina, Julian Wilson, and Filipe Toledo.

Wilson and Toledo are currently tied in second place with 51,450 points; Medina has 56,190 points. The world title scenarios are as follows:

Interestingly, in 2014, Julian beat Gabriel in the Pipe Masters finals, but it was the Brazilian who raised the silverware. Gabriel Medina has never won the Pipeline Masters, only two runner-up finishes, two fifth places, a ninth, and two 13th places.

Make sure to catch the 2018 Billabong Pipeline Masters running from December 8-20, at Banzai Pipeline, on the North Shore of Oahu, Hawaii.