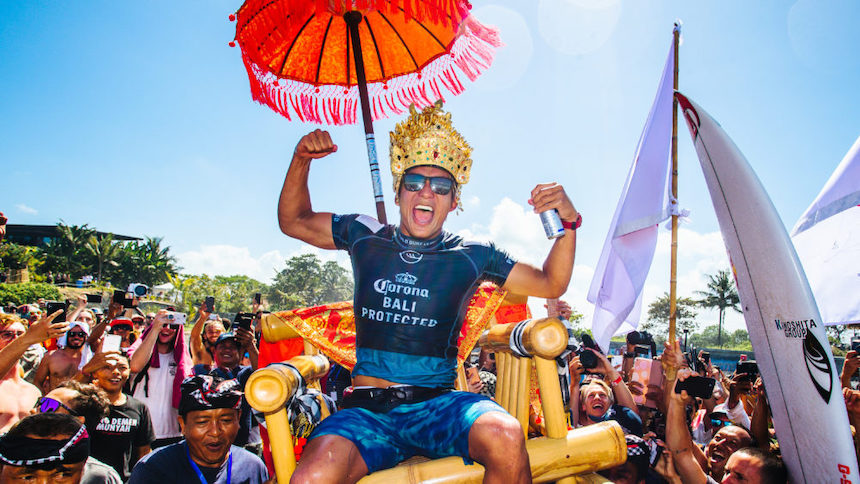 Historical. Of course there are many other words you could use to sum up Kanoa Igarashi’s victory at the 2019 Corona Bali Protected event, and even through historical may seem obvious, its a day professional surfing needs to remember, for all the right reasons.

Japanese surfing has always been formidable, albeit in niched pockets of influence. On the North Shore, many Japanese chargers are held in high regard, pushing hard at macking Sunset and Pipe. Over the years, their rising stock of QS warriors have been getting closer and closer to qualifying for the big leagues, and if you’ve ever surfed a cracking 6ft plus swell at J-Bay, you’ll notice some pedigree performances from many a style master from the Land Of The Rising Sun. 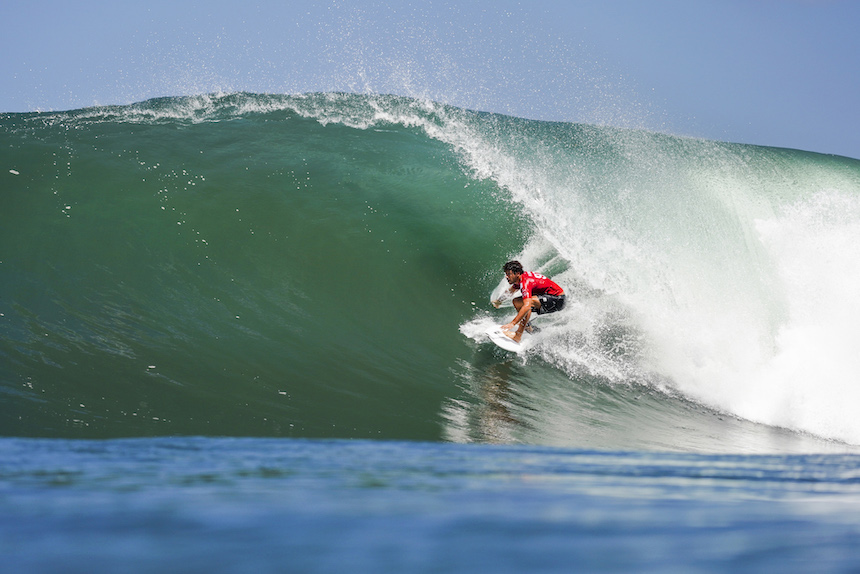 BALI, INDONESIA – MAY 25: Jeremy Flores of France finishes runner-up in the 2019 Corona Bali Protected after placing second in the final at Keramas on May 25, 2019 in Bali, Indonesia. (Photo by Kelly Cestari/WSL via Getty Images)

But in beating Jeremy Flores to win his maiden WCT event title, Japanese surfing truly arrived on the big stage. I’m thrilled that Igarashi’s victory has added another region’s influence to a sport that has desperately needed a shake up from the all too familiar names that you expect to see in finals. First tour victory for a Japanese surfer in the history of the sport. Japan hosting the 2020 Olympics. Igarashi proudly surfing with a red dot on a white background next to his name. In a word: Historical.

Not taking anything away from Jeremy Flores, who put on one of the strongest performances of his career, but the real victory for Konoa must have been his semi final victory over Slater. It was a statement of intent second to none. To usurp the GOAT on top his game speaks volumes of where your career trajectory is headed. 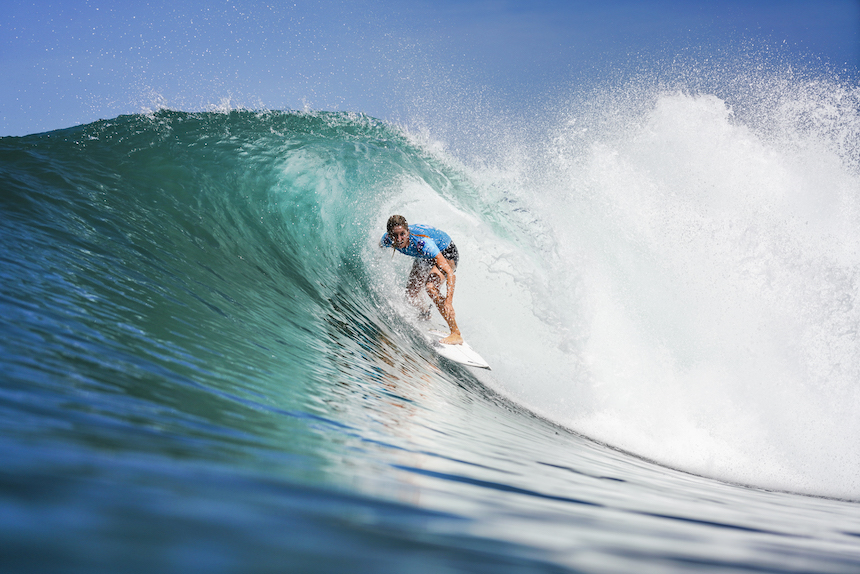 BALI, INDONESIA – MAY 25: Seven-time WSL Champion Stephanie Gilmore of Australia wins the 2019 Corona Bali Protected and claims the yellow Jeep Leader jersey after winning the final at Keramas on May 25, 2019 in Bali, Indonesia. (Photo by Damea Dorsey/WSL via Getty Images)

Gilmore wins with a perfect 10, stays on top of the world

Stephanie Gilmore’s win over fellow Aussie Sally Fitzgibbons at the 2019 Corona Bali Protected cemented her reputation as the most dominant Female surfer of the modern era. Her 10 in the final would have comboed a lot of the men. I’m looking forward to seeing the full power of Women’s surfing on display at Margaret River.

Let’s have a look at some points that need consideration following a week of white hot surfing from the black sandy beaches of Keramas, Bali. 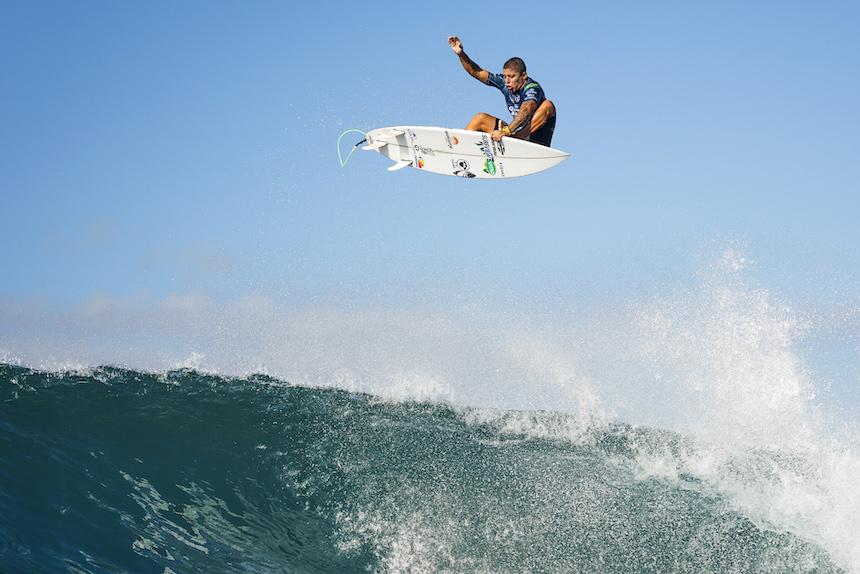 BALI, INDONESIA – MAY 20: Peterson Crisanto of Brazil is eliminated from the 2019 Corona Bali Protected with an equal 17th finish after placing second in Heat 15 of Round 3 at Keramas on May 20, 2019 in Bali, Indonesia. (Photo by Damea Dorsey/WSL via Getty Images)

The undervalued Air. The over scored Barrel.

Unless I’m missing something, the scores thrown back for tweaked out, high risk airs were undercooked and the numbers returned for some pretty average barrels were way to high. This was a constant theme for the entire event that went against the very thing the panel said they would be rewarding. If you say you’re looking for high risk opening manoeuvres, then back that with scores that recognise risk.

This 8.6  (scrub through to 6min 30sec) by Toledo in the round of 16 needs to be played to the judges all year long. A reminder of the criteria they agreed to. There’s no excuse to alter the very thing you said would be held in high regard.

The most unfortunate recipient of the ‘underscore’ was Kolohe Andino. Big, flexing airs that were unpredictable, reckless and 200% high risk. Go and check his performance on the heat analyser. Brother was robbed a few times. 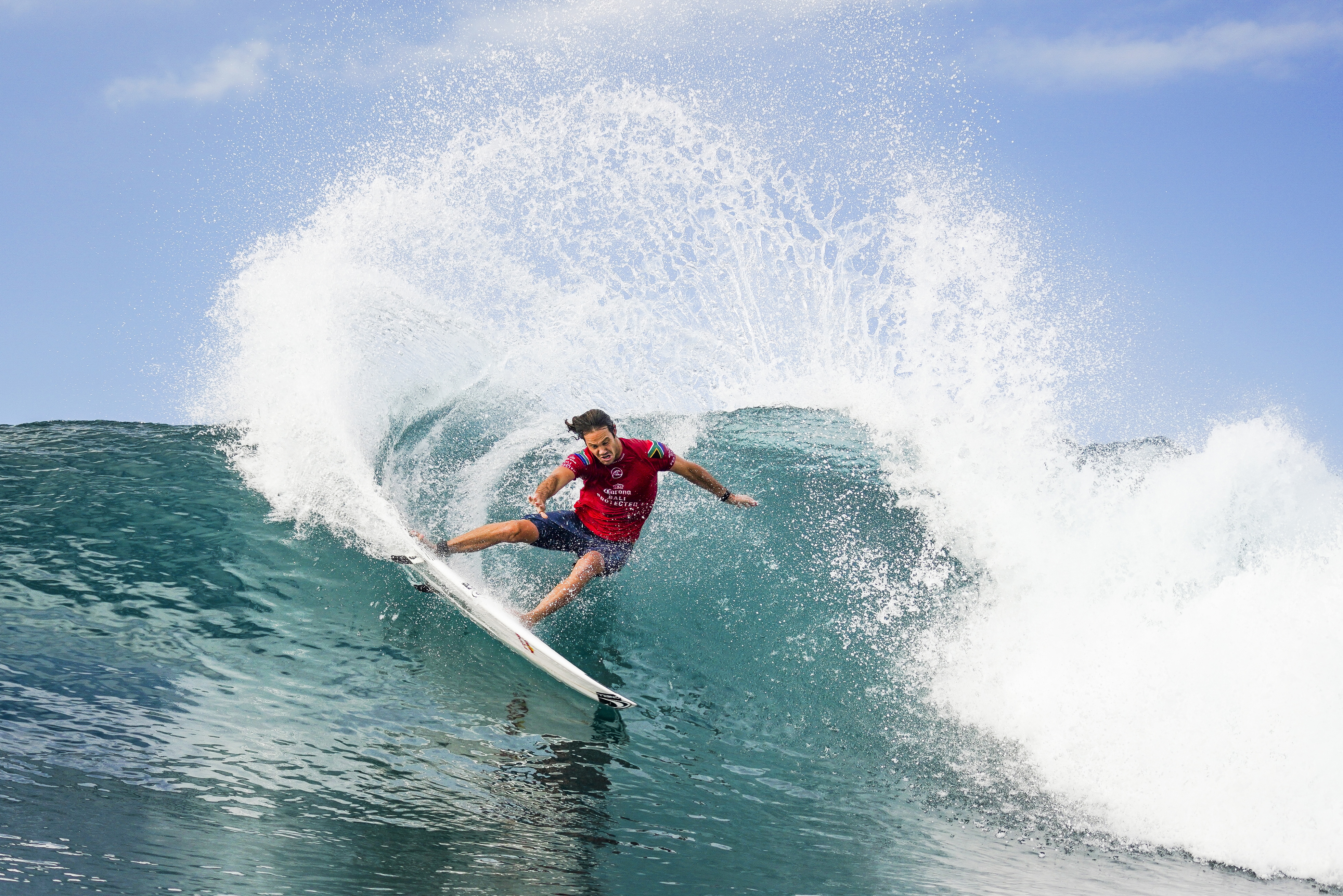 BALI, INDONESIA – MAY 20: Jordy Smith of South Africa is eliminated from the 2019 Corona Bali Protected with an equal 17th finish after placing second in Heat 16 of Round 3 at Keramas on May 20, 2019 in Bali, Indonesia. (Photo by Damea Dorsey/WSL via Getty Images)

I’m not alone here. Luke Egan, after Jesse Mende’s barrel that gave him the score to roll the big South African said, “I’m sorry I didn’t see the score going there …”

Yes it was a clean barrel, but framed next to his blistering backhand hook that earned him a similar score , Jesse Mendes got gifted a number that was too high.

Jordy Smith’s big, blunt full power carve for his 4.87 looked as if it were a 6 and up.

Still, a lot of seeds tumbled early and the damage to his year may not be as severe had the top 5 broken away. Jordy can go to Margaret’s with his performance looking sharp and his size will be a big plus at a venue that pushes back with a lot of water. 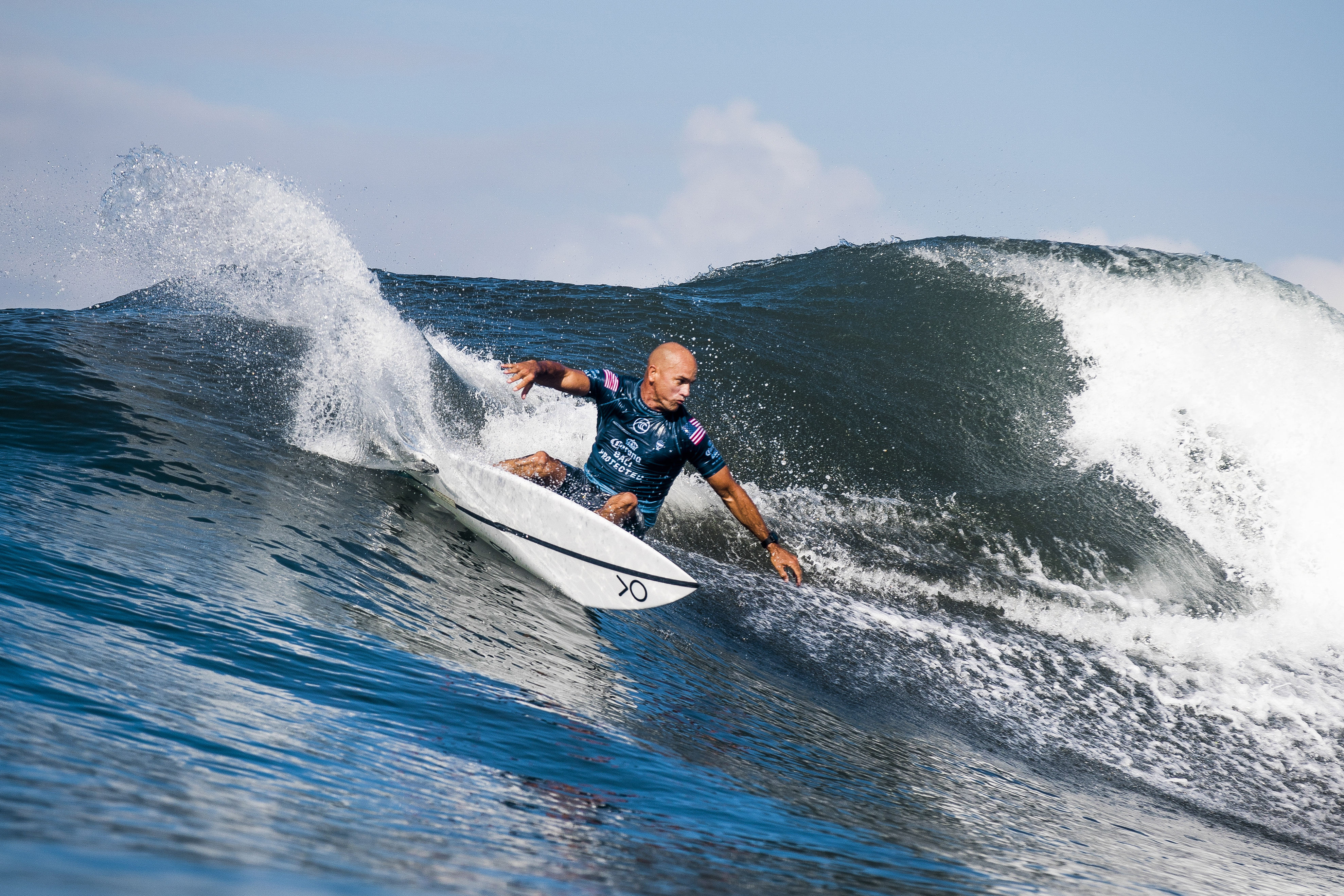 BALI, INDONESIA – MAY 24: 11-time WSL Champion Kelly Slater of the United States advances to the semi finals of the 2019 Corona Bali Protected after winning Quarter Final Heat 3 at Keramas on May 25, 2019 in Bali, Indonesia. (Photo by Matt Dunbar/WSL via Getty Images)

It’s always dangerous competing against somebody with experience. They know how to sequence things to get a victory within the time frame that decides a result. New Zealand do it on the rugby field. Slater in the brine.

His performance in Bali spoke more of his ability to lean on that experience than just his pure natural athleticism as a surfer.

From a below average start on the Gold Coast , he’s exactly where he want to be. And exactly where his rivals wish he wasn’t: Approaching in the rearview mirror, accelerating quickly, indicator on, looking to overtake…

Will we see spitting barrels at North Point,maybe even some dome busters at The Box? Will Florence rebound , what about Medina , Italo and Smith?

Hopefully the sharks will stay far away… I’ll see you there, as always, watching from the channel on my couch.

Looking forward to your company as always.