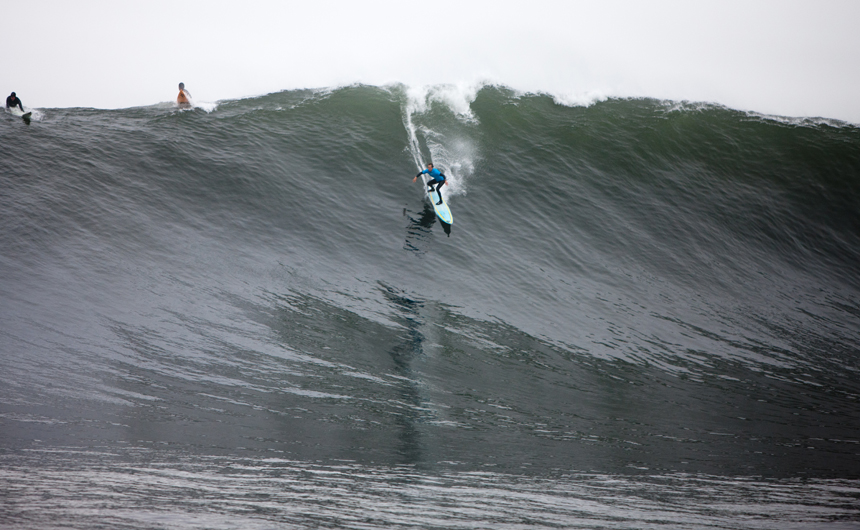 Chris Bertish is a big wave legend, a Guinness SUP World Record Holder and an all round inspirational figure. However, one world record isn’t always enough for a man without limits. Chris will soon be setting off to attempt the very first solo, SUP transatlantic crossing, unsupported and unassisted, on a custom-made six meter stand up paddle board/craft, for four straight months. It has been dubbed the greatest solo, open Ocean Adventure ever attempted  – and it’s all for charity! The SUP crossing will support initiatives such as the Lunchbox Fund, Operation Smile, Signature of Hope and Two Oceans Aquarium 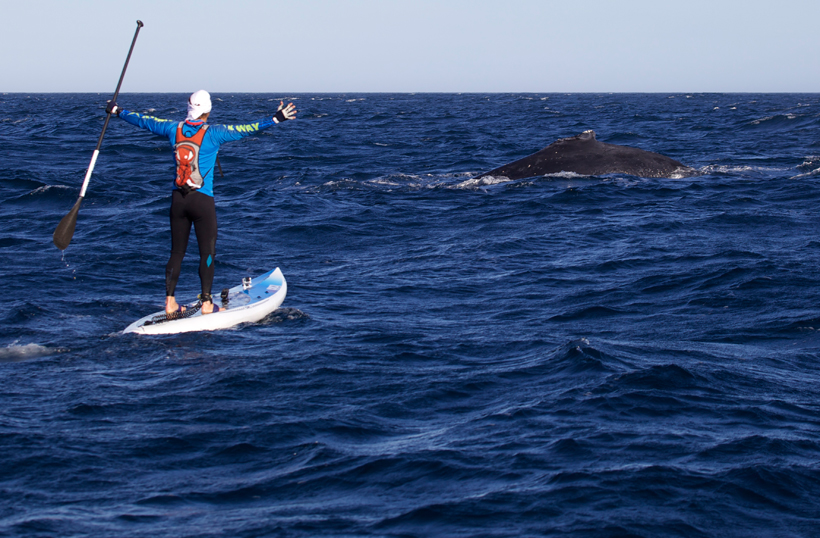 Chris Bertish up close and personal with a whale on the open ocean. © Maleen Hoekstra

We simply couldn’t wrap our minds around such an momentous undertaking, so we got ahold of the Chris to find out what on earth he’s thinking…

ZZ: How did you come up with the crossing concept

CB: I honestly think that everything I have accomplished in my life has prepared me for this project. From learning to sail at the age of 5 to tracking some of the most volatile weather conditions just to go surf them. If I didn’t come from a big wave surfing background or a sailing background with experience in transatlantic crossings it would be literally impossible to survive out there on the Sup Crossing. The experience I gained from the Okavango Expedition, Proof of Concept, 12 and 24-hour world records made me recognize that the transatlantic SUP crossing is possible as it’s about doing the same thing every day just for an extended period of time. Surfing will always be my primal passion. But I have also realized that it is a very selfish pursuit and even though I am achieving goals for myself it doesn’t help people. The Sup Crossing Project and the adventure stuff that I am doing now have the ability to make a dramatic impact on millions of people and that’s incredible. 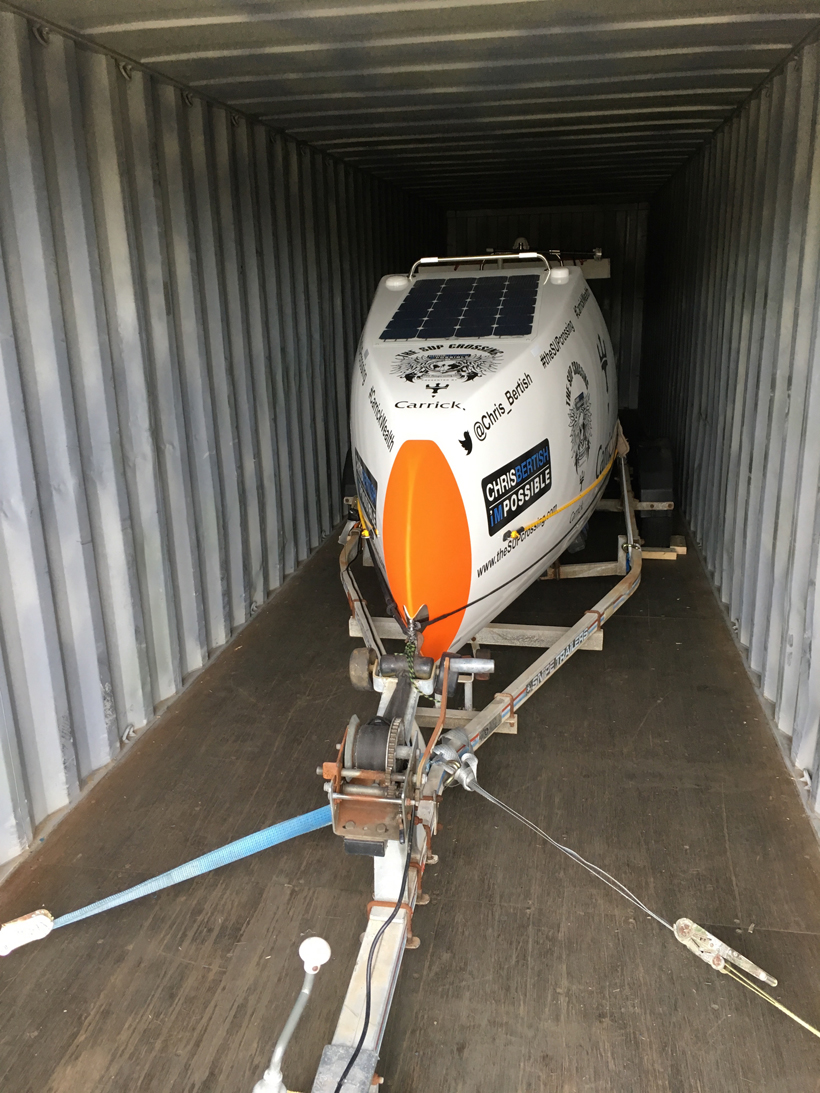 A sneak peak of the custom made craft that Chris will paddle on and sleep in as he attempts to cross the Atlantic. Image Supplied.

How long are you expecting it to take?

I’ve calculated somewhere between 100-130 days. I hope to average 60-75 km a day. I’ll be paddling in shifts, 2 hours on, 3 hours off, 24 hours a day for the duration. Ocean currents and trade winds were huge factors in determining the route. It was a common route for the spice trades and it also follows the migratory paths of sea turtles, which is pretty cool and a great way to raise ocean awareness and conservation.

What is the route?

7500km -a marathon a day for 120 days straight. I will depart from Essaouira, Morocco. The first 10 days being the most difficult, so I need to wait for the right weather conditions. This will give me a great angle to the Canary Islands. From the Canary’s, I will continue south into the trade winds and then west towards the Leeward Islands. Optimum would be to reach the northern most British Virgin Island of Anegada, it all depends on weather and tradewinds. It will be a battle to make it to Anegada, so Anguilla is the next option. From the Leeward Islands, I will continue north to the mainland of Florida, to finally finish paddling a smile across the Atlantic Ocean. That’s why my full route, continent to continent is so special and unique… I’m paddling smiles onto the faces of thousands of children and it will change their lives forever! 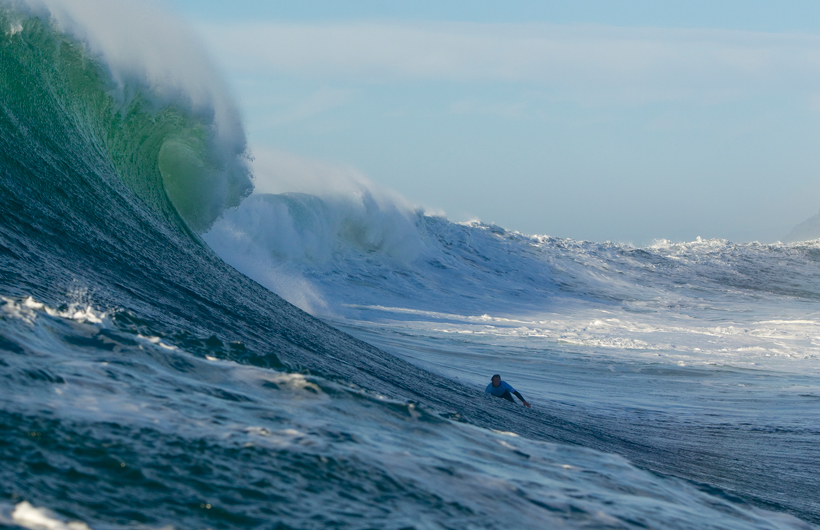 What are you most nervous about?

I’m not nervous or worried about much. I know I have taken every precaution against what could possibly happen and I have prepared for the worst case scenario. It’s all about planning and preparation and getting it right. I have backups to my backups from everything from water desalination to satellite communications. There is always an element of risk and that perhaps is what intrigues me the most about the project. I’m so looking forward to getting out there and see what happens! 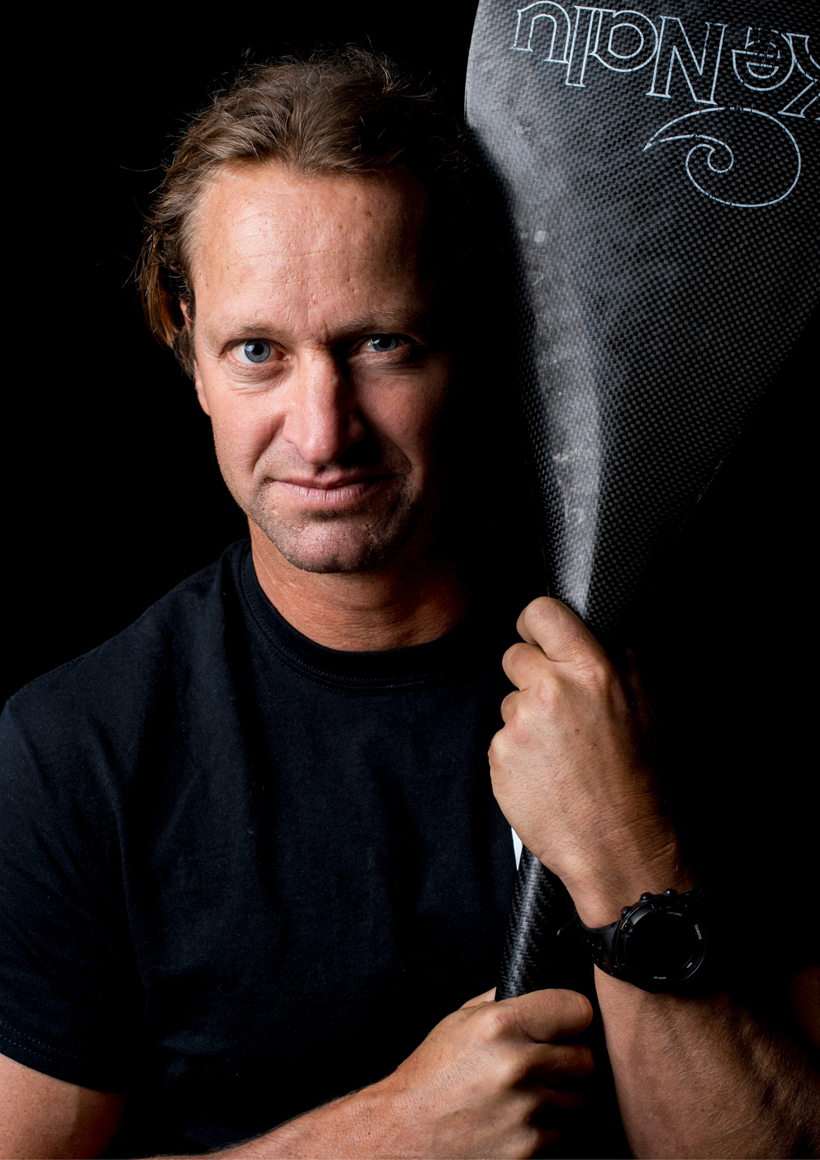 Chris Bertish – big wave charger, the Hercules of SUP and a hero to many. Image supplied.

Tell us about the charity work.

The charities have become the driving force of this project. Three years ago this project was about being the first ever person to SUP across the Atlantic with a charity aspect to it. Now it’s completely flipped and become the largest fundraising initiative ever in South Africa with a paddling element added on the side.  Over the last several years I have become the Ambassador for Operation Smile and Signature of Hope who’s initiative is to build schools and I have always been involved with the Lunchbox Fund and that has become the “Why?” of the project, the driving force behind everything.

These kids have been dealing with extreme challenges all their lives, as I’m sure I will deal with many extreme challenges out there on this incredible journey. But in order to be successful in life, I believe you have to have to keep a positive attitude no matter what; be flexible to change, challenges and obstacles that arise daily on our path and in our lives; persevere, stay focused, see the opportunity in the obstacle, stay determined, resilient and never give up. If you can do that in life, you can achieve and get through anything! 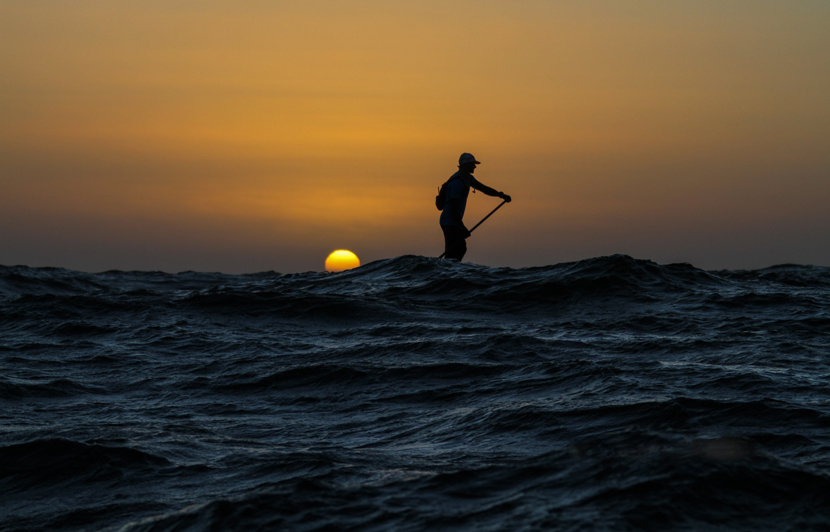