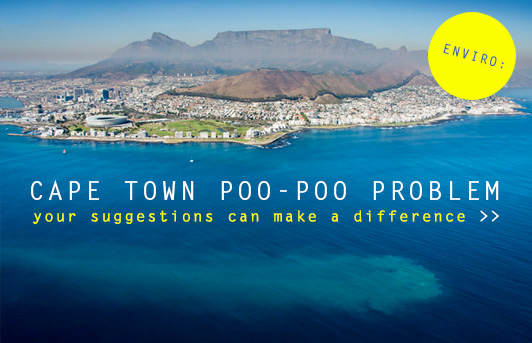 55 Million litres of untreated sewage per day; that’s how much is being pumped into the waters just offshore from Cape Town’s Green Point, Camps Bay and Hout Bay on average. That is enough to fill 22 Olympic-sized swimming pools each and every day, with urine and faeces. 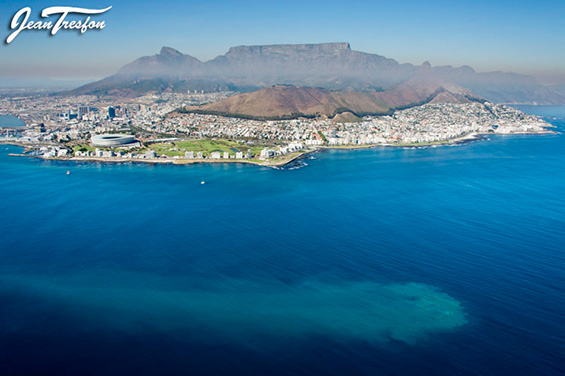 While on one of his regular marine patrol flights on 28 April, environmental photographer Jean Tresfon captured the image above showing a plume of what he suspected to be sewage. The photo made headlines locally and caused quite a stir. Part of the response from the City of Cape Town as discussed on CapeTalk 567 Radio was as follows:

“Our officials had a look at the picture and their assumption is that one cannot confirm what exactly the plume or the source thereof is. It could be many things and the City’s experts will have to do a comprehensive analysis.”

“Save to say, if it is indeed sewage spewing out then there should be a constant daily plume (its direction will be dependent on the wind/wave action). Secondly, the sewage is discharged through several diffusers at a depth of 30 metres i.e. it should be dispersed before it reaches the top level of the ocean. Lastly, no seagulls are noticeable in the photo and their presence would have been an indication of sewage discharge. In addition, one would be able to see the seagulls gathering around the sewage plume from the shoreline.”

Well, that’s probably because the photo was taken from over 1500 feet in the air. Zoom in a little closer and what did Jean see? 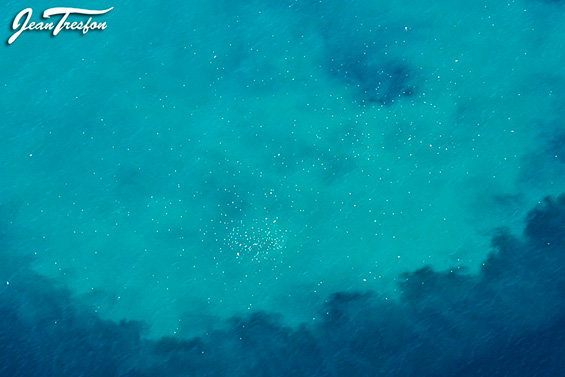 The City’s first response was to suggest that the plume wasn’t in fact sewage, but GPS co-ordinates recorded by Jean indicate that the plume was in fact exactly where the Green Point outfall pipeline ends. Details of which can be found on The City’s website.

On 21 May, Jean then photographed a similar plume at the location of the Hout Bay marine outfall, further proof that the discharge was indeed sewage.

In the meantime, the City of Cape Town realised that they have been pumping untreated sewage into the ocean without the proper permits outlined in the Department of Environmental Affairs’ Integrated Coastal Management Act (ICMA), 2008 (Act 24 of 2009), which came into effect on 1 December 2009.

They have subsequently applied for the permit, which includes a public participation phase that runs from 1 June to 10 July 2015. That means we’ve got the opportunity to submit comments, recommendations or input to the municipality on how the sewage can be dealt with.

“If our beautiful City wants to gain a huge feather in its cap then why not convert the Cape Town Stadium into the highest tech sewerage treatment works and keep our ocean clean!” 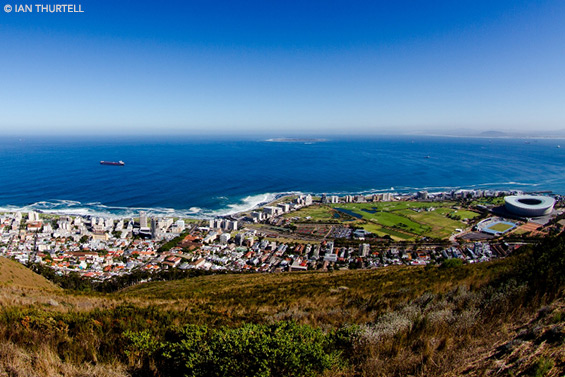 Sea Point, with the brand new sewage works on the right of the frame (we kid!)

Of course, you can make your own suggestions here on the City’s website before 10 July.

In their permit application, the City of Cape Town suggested that there is no economically viable alternative to pumping the sewage directly into the ocean.

“I am not a sewage engineer and don’t have all the answers,” said Jean Tresfon about the issue. “However, I feel that to just continue as we are is completely unacceptable. Quite aside from the environmental implications of 55 million litres per day of effluent being pumped into our oceans, it is really not on to have the stuff bubbling to the surface and blowing back onto our beaches and coastline. Surfers, divers, kayakers and swimmers have been getting really sick, that’s a fact. Huge exponential increases in the population of Cape Town mean that the increased volumes of untreated effluent pumped into the sea are becoming unsustainable and are no longer environmentally acceptable.”

“I am just one photographer reporting what I see,” continued Jean, “but Cape Town has a huge community of watermen that could really be heard. The comment period is only open for another month and this is our one chance to make a difference. Oh, and just by the way; several of the outfalls are deep within the so called Table Mountain Marine Protected Area. Some protection, huh?” 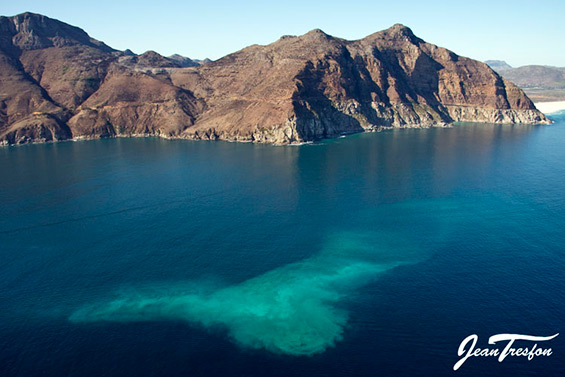 The sewage plume visible from the Hout Bay marine outfall on 21 May 2015.

If you have any suggestions for the City to consider or would like your opinion to be heard, then follow one of the avenues listed below:

People who are unable to read or write and who have disabilities, as well as disadvantaged groups who are unable to submit written comments are encouraged to contact Anele Viti on 021 400 1652 or e-mail anele.viti@capetown.gov.za for special assistance.

For more information on the Application for a Coastal Waters Discharge Permit, contact Nomaxabiso Tsawe on 021 487 2597 or e-mail Nomaxabiso.Tsawe@capetown.gov.za.

The Application for a Coastal Waters Discharge Permit for Hout Bay, Camps Bay and Green Point sea outfalls is available for viewing at the offices of Subcouncil 16, Subcouncil 19 and Subcouncil 20. 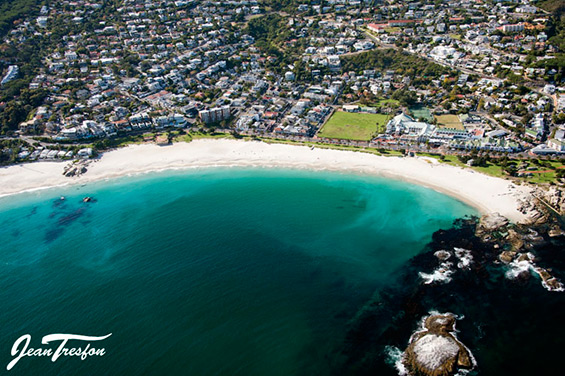 Sewage washing ashore at Camps Bay (above) and Hout Bay (below). 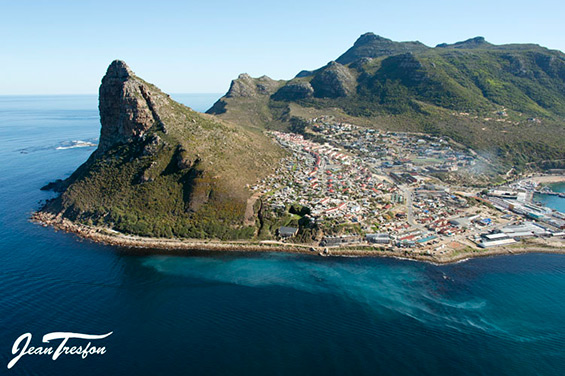