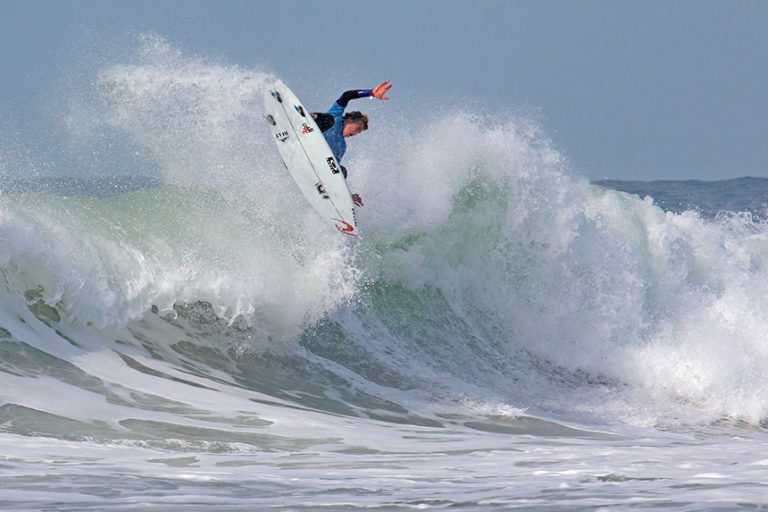 Built for a Comeback: G-Force FireFly

Last winter things went pear-shaped with regards to my surfing life, which so far has spanned three decades. Since the ’90s, surfing was at the top of my priority list, and what I thought about all the time. Then just like that, I lost interest. I didn’t bother checking the forecast and couldn’t care less if I missed a good swell. Okay, I lie, there were a couple of occasions where I felt like I blew it, missing a peach of a day with swell and wind in perfect harmony.

But this winter I made a comeback. And it all begins with a board swap, because out with the old and in with the new is a good way to re-boot. But where to begin? South Africa is lucky to have a fair number of top-class shapers, and you probably won’t go wrong with a board from any of them, so picking your board builder can be a tough choice.

Over the years, however, you build a relationship and if you’re lucky enough your shaper will even see you surf giving them vital intel another board designer would lack. So I went to go see Graham Smith, who has built boards for my brother and I since way back before Jordy could catch a wave by himself. My brother even worked at Gee’s factory for a stint, learning the fine art of laminating surfboards. If anyone knew what I needed to re-spark my stoke, I figured it would be Graham. 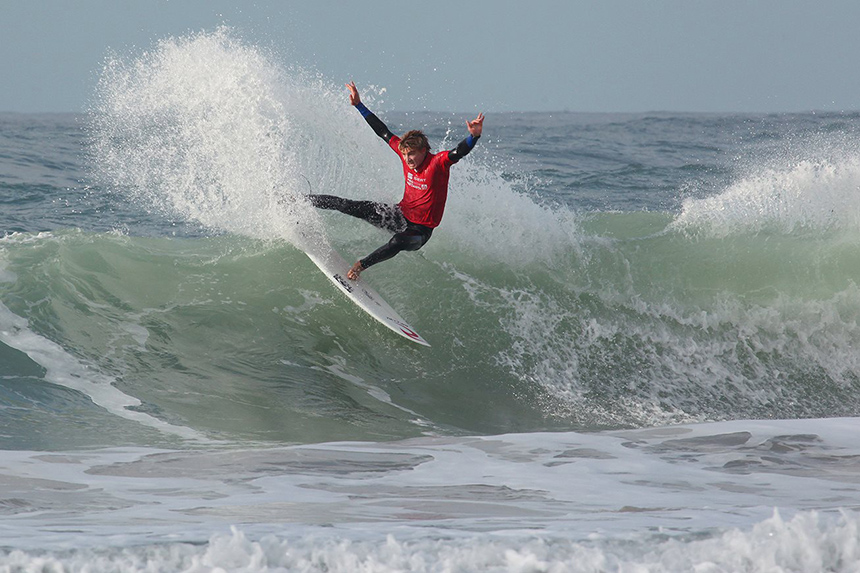 Before my surfing hiatus began, Matt McGillivray was on a tear and ranked among my favourite local surfers. His upturn in form coincided with a change of board sponsor to Gee’s brand and the model they worked on together became the “FireFly”. The board was developed and crafred by Gee and Jordy.

“I’ll have me one of those!” I told Graham, hoping to fly like Matt. Gee then went into detail about the things Matt and himself tweaked to arrive at the base model, which will then get altered slightly to suit me after all Matt is taller and I’ve got short, squat legs and a lack of fitness. So we added a little bit of volume and settled on a shorter length 5’7″ x 18 1/2″ x 2 1/4″. 25 Litres to float my 64kgs.

My favourite bit of the board is the swallowtail. I’ve always been a fan of swallowtails despite the headaches they can cause when their tips get a crack. To me, they feel more direct than a squash. If you bury the rail and push through a turn it feels so planted. And that’s the response I got from the FireFly. I battled to turn it at first, probably because I’d lost my touch during my time on the sidelines, but carving felt really good once I built up my confidence and started putting some proper weight behind my turns.

The other thing that stood out was how well this board would glide over flatter sections, helping you connect with the next bowl and belt the wave all the way to the beach. Some boards feel amazing in the pocket but feel like you’ve dropped anchor once you run out of vertical face and you get that sinking feeling. Not so with the FireFly that capably kept its flow while the wave would slowly build back up. How Graham achieved this he did not share with me, but he did note that it was a key factor when designing this board with Matt, who often has to compete in gutless conditions. He won an event in Israel riding the FireFly (Matt worked on it some more with Gee beyond Jordy), and anyone who has surfed in the Med will tell you that the waves lack some punch. 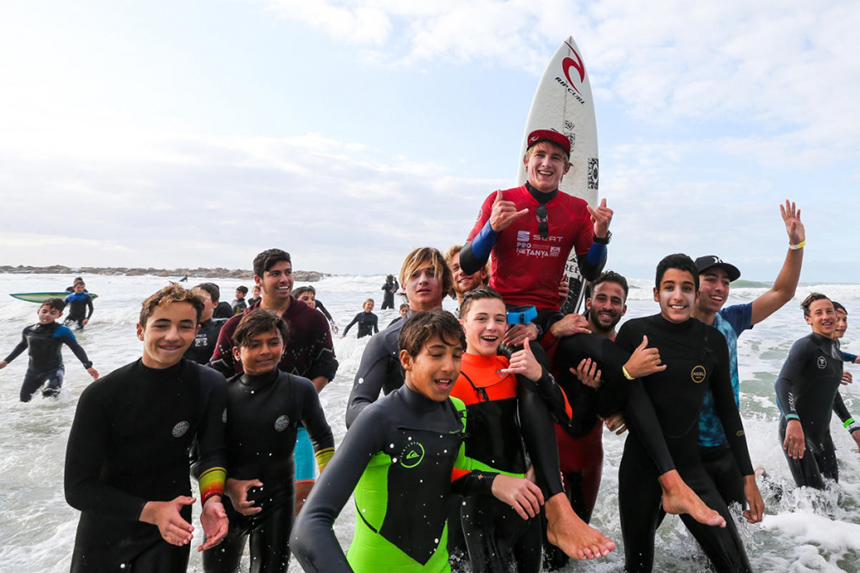 That planted feeling mentioned earlier was also the case when riding the tube. For me, a wider board or tail can feel too skatey inside the pit, but the FireFly knifes-in well and holds its line. I got spat out of a few and forgot why it is that I took a break from surfing in the first place.

Durability is a subject of much debate when it comes to surfboards, but it’s a tough trade-off when the direct result of a more durable board means diminished performance. Stronger equals stiffer, equals less ‘pop’, equals less radical surfing. So you’ve got to find the fine line that works for you. I didn’t get mine glassed like Matt does, because he barely falls off and needs to win heats, but I got the medium-light option because I still wanted to shred. And it has held up well to the usual abuse, with no creases or major dings apart from the usual depressions on the top deck where you grind your heels and toes in. But by adding some carbon around the tail and getting my board glassed a little stronger than the pros, I’m pleased with the quality of my FireFly. A fat lip is gonna separate any board in two though, so I’m aware that it’s not indestructible.

What more can you say about a board? It takes trial and error to find the one that works for you. I was lucky to hit a home run with the Firefly, but maybe it won’t work as well for you. Whatever the case, it does help when your shaper can tell you what is best for you. So find yourself a good one and start building that relationship along with your quiver. 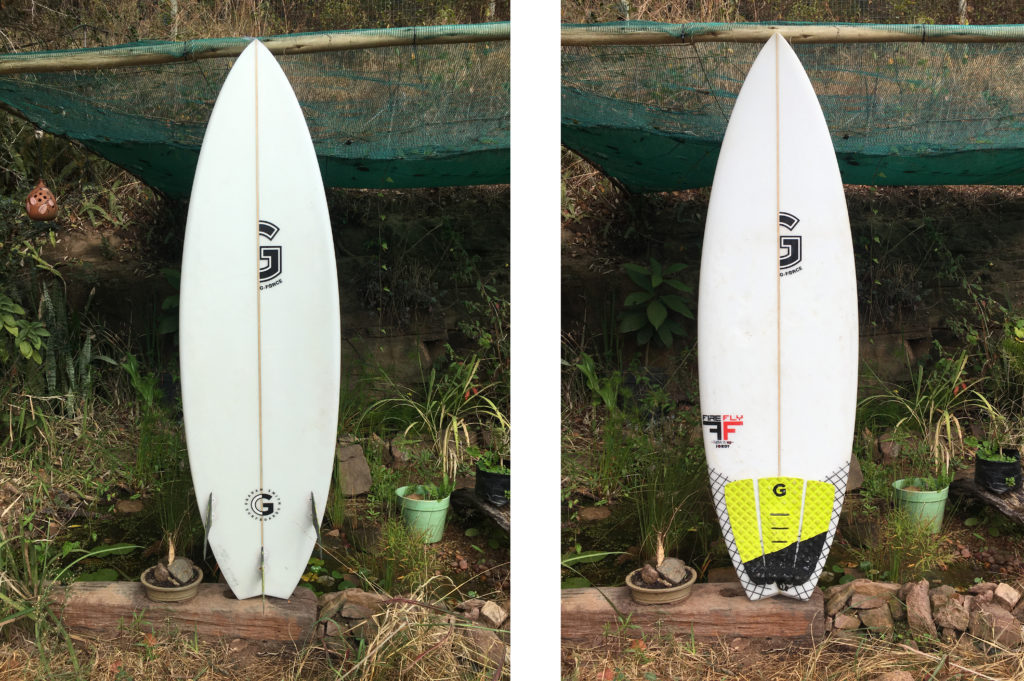 The board that brought about the review, what a beaut!