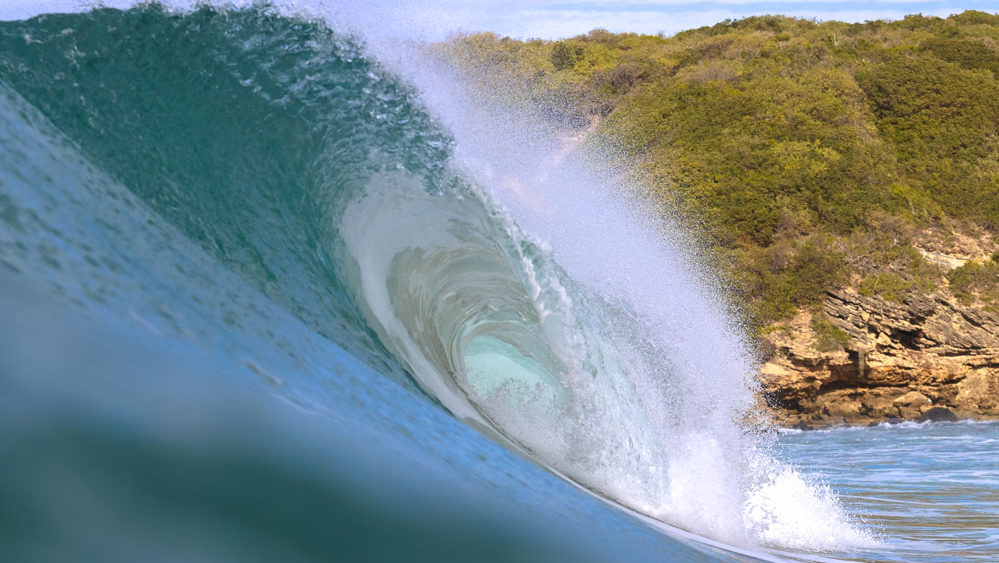 From tomorrow surfers and officials from all corners of South Africa will gather in East London to compete in the 2019 Mercedes–Benz South African Surfing Championships hosted by Buffalo City Metropolitan Municipality.

The 54th edition of this annual surfing tournament will officially get underway at with an Opening Function at the East London Golf Club at Bunkers Hill, Nahoon on Tuesday, August 20 from 6.30pm.

The Mercedes–Benz SA Championships hosted by Buffalo City is the premier event on the Surfing South Africa calendar and features surfers in the Open Men’s and Women’s Divisions as well seven other age groups ranging from Over 30 to Over 60.

Over the 54 years that organised surf contests have taken place in South Africa the powerful right-handed waves that occur at Nahoon Reef have been the venue for numerous iconic South African Surfing Championships.

Not only has Nahoon Reef hosted a number of National tournaments but it also takes its place in history as the host of the 1978 ISA World Surfing Championship.

East London is one of only two South African cities to host a World Surfing Championships since the first World Championship was held in the USA in the mid-sixties.

This is the third year in a row that Mercedes–Benz and Buffalo City Metropolitan Municipality have partnered with Surfing South Africa to showcase South Africa’s surfing talent, crown nine new South African Champions and determine which team will win the coveted Presidents Cup, the Masters Cup and the Champions Trophy.

The support of these two iconic brands extends to the National Surfing Team which travels to the ISA World Surfing Games in Japan on September 2 in an attempt to qualify South African surfers for the 2020 Olympics in Japan.

The partnership between Surfing South Africa, Mercedes–Benz and Buffalo City, is aimed at highlighting East London’s importance as a major South African surfing venue through the presenting of the annual championships and other important initiatives.

This year over 120 surfers from six Districts and three Provinces will be competing for individual South African titles, traditional trophies and medals. This year a group of surfers from the Surfing South Africa Rising Stars program will also get to compete in the Championships.

Leading the charge for gold medals is former World Championship Tour surfer, ISA World Masters Champion, five-time South African Men’s Champion and defending Over 40 Division Champion, Greg Emslie. Emslie will also be competing in the premier Men’s Division in a bid to add a sixth title to the five that already make him one of the greatest South African surfers in history.

Twenty current and former National Team members are competing this year while seven of the nine 2018 South African Champions will be defending their titles this year.

Adding to the prestigious field will be the presence of six former World Champions who will be coming up against a number of talented surfing stars such as defending Open Women’s Champion Zoe Steyn. Fifteen-year-old Steyn, a Buffalo City local and member of the 2018 and 2019 South African teams, became the youngest female surfer in history to win the title at Nahoon Reef last year.

Surfers at this year’s Championships will compete in a total of 90 heats which will take over 30 hours to complete.
Each surfer will accrue points which will be allocated to their Team totals to determine which District will win the 46-year-old Presidents Cup which involves the Open Men and Women surfers.The Masters Cup, which is competed for by the surfers in the Over 30 to Over 60 Divisions, will be awarded to the team that accrues the highest points across these division and the Champions Trophy will go to the team with the most points overall. In 2018 all three trophies were won by the event hosts, Buffalo City Surfriders.

Last year, the Dave Fish Trophy, which is awarded to the most consistent surfer throughout the event, went to Heather Clark and Zoe Steyn was named Surfer of the Contest.

All the heats as are posted on www.liveheats.com/surfingsouthafrica

Once logged into www.liveheats.com/surfingsouthafrica anyone with a smart phone, laptop or PC will be able to view real time scores in every heat through each round.

Daily results and photos will be posted on www.surfingsouthafrica.co.za and on SA Facebook page.

The 2018 Mercedes–Benz South African Surfing Championships are hosted by Buffalo City Metropolitan Municipality and supported by Sport and Recreation SA.