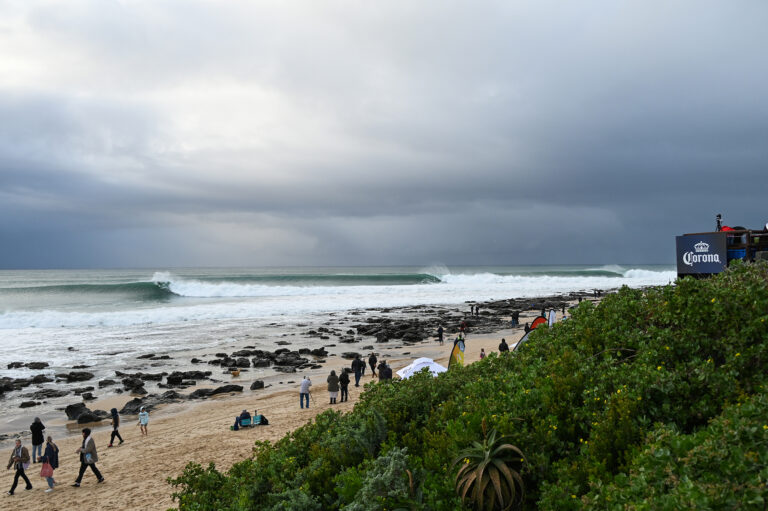 The Corona Open J-Bay – In Conclusion

How nice was the J-Bay Open? It was just so flippin’ nice. It was so nice to gather as one happy surfing family in the mecca of surfing in South Africa. In your short commute between Ninas, Pepper Street and the Park Off Music Festival you (pretty much) ran into every surfer in the entire country; from the ballie you’ve only ever seen surf The Ledge on spring high, to the dreadlocked hippie you once met at Umzumbe Surf Camp on the South Coast – all the homies were present. Like one big happy family at your cousin’s wedding.

Here are several concluding thoughts regarding the Corona Open J-Bay. 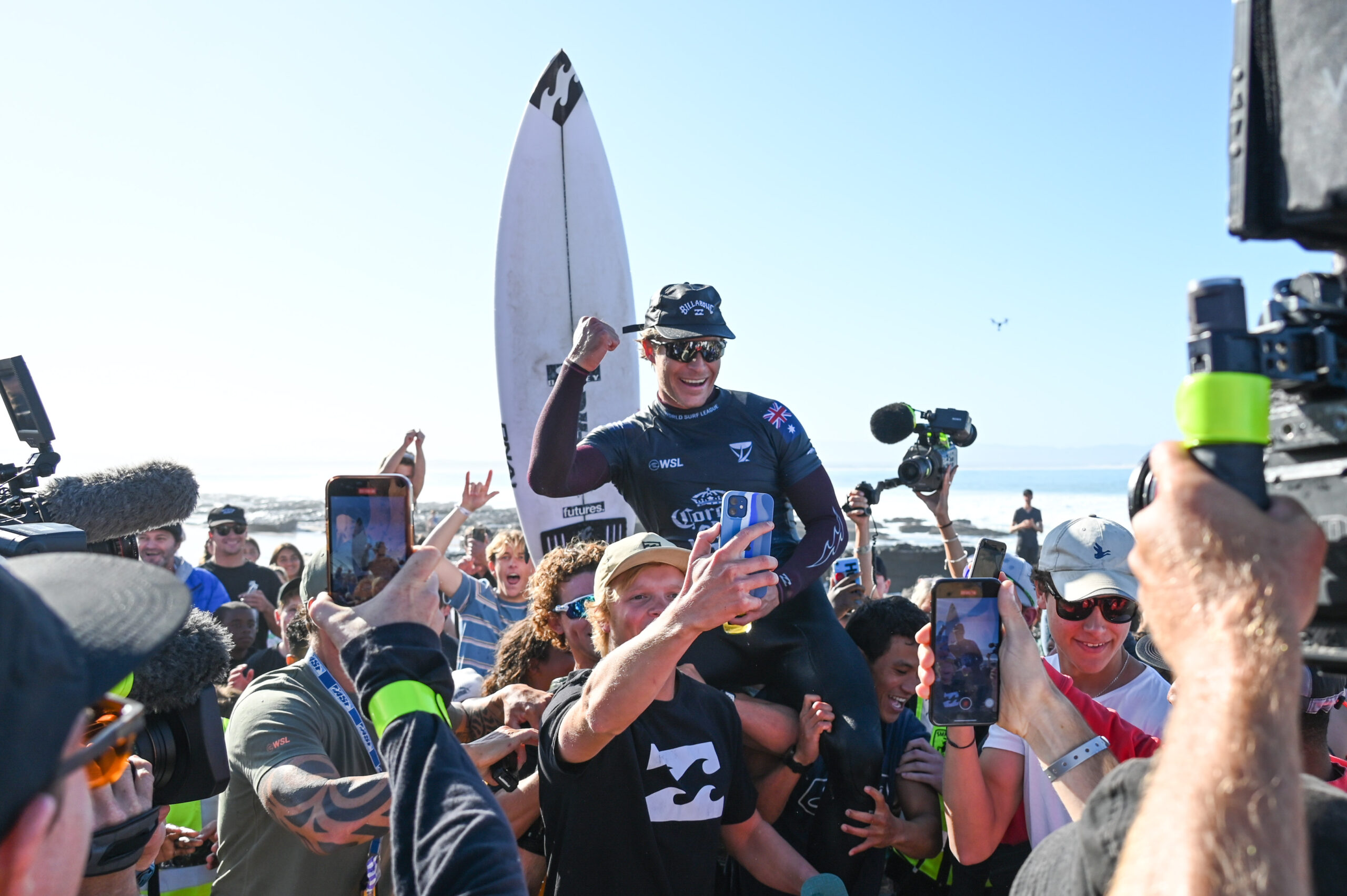 The Ladies Killed It

Supertubes has a gnarly end section. The Impossibles section growls and bears down on you like a bully in primary school. It can be highly intimidating and make you feel small, insignificant and incompetent. Until one day you’re done with being bullied and you decide to uppercut that son of a gun right in the jaw. In the process you discover that the bully is made of flesh and blood just like you. From Tati’s plethora of stellar backhand hangers to Steph Gilmore’s cavern of a pit to take out Gabriela Bryan in the quarterfinals, the women were on fire and took on maxing Supertubes like beasts! No end section bullying – just uppercuts all day.

Surfing is Alive and Well!

We don’t have any official stats to back this claim up, but the 2022 Corona Open J-Bay must’ve been the busiest J-Bay Open in the history of the event. Cars lined the face brick flanked Da Gama road from Point all the way to the Checkers/Spar intersection. It was a nightmare exiting the region after Trav Logie called an end to play each day. Like trying to get home after watching a rugby game at the stadium. Might as well plan a dinner at a nearby restaurant. Whether it was due to the prolonged COVID dash one nine lockdowns or the fact that we hadn’t enjoyed the world’s best at the world’s best for three years, J-Bay was buzzing like Tokyo CBD. And it wasn’t just core surf fans, it was families, moms, dads, grandfathers, cousins, groms and everyone in-between. Surfing in South Africa is alive and well. 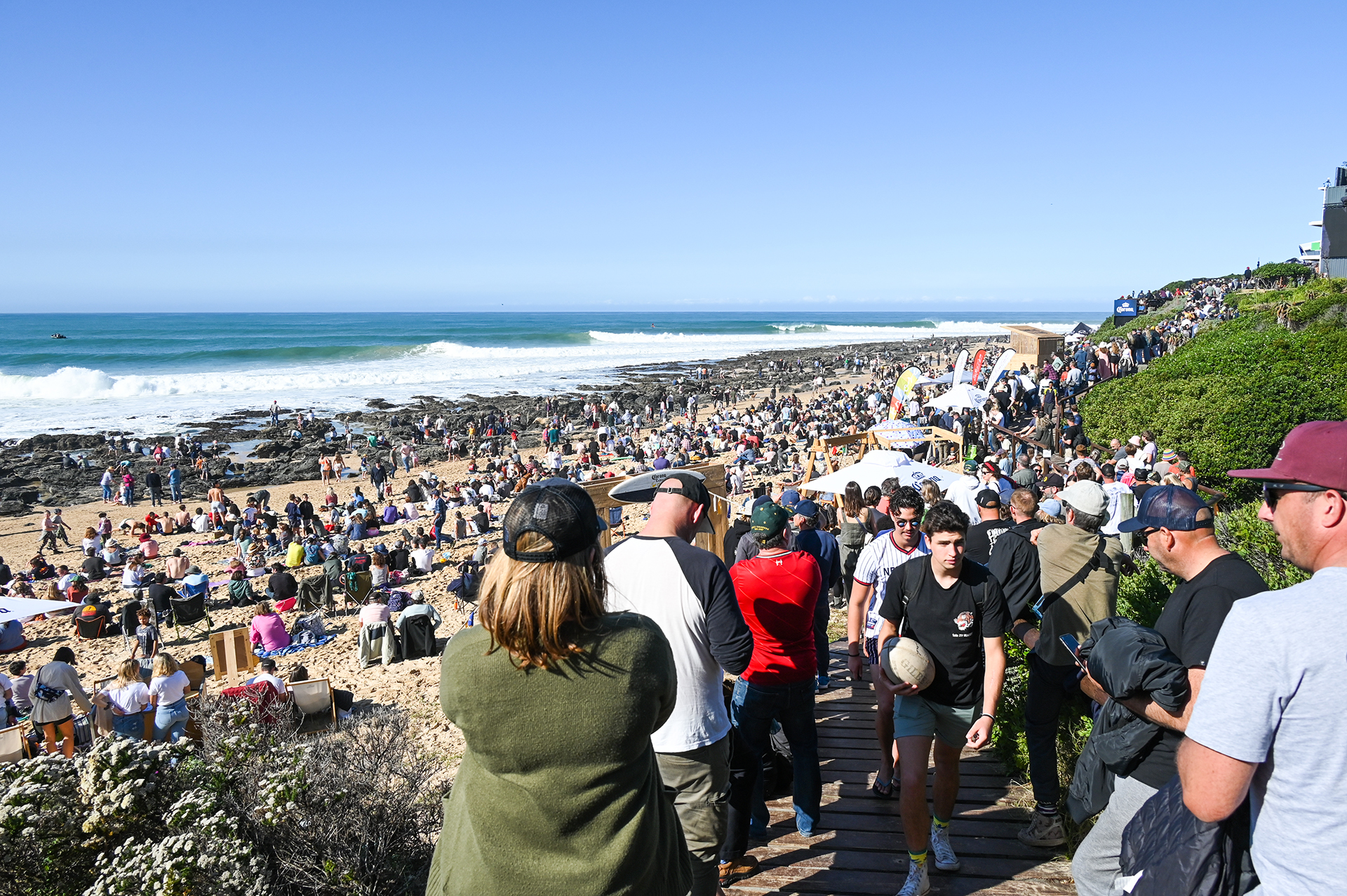 J-Bay is the Perfect Surf Town

Admittedly, the face-brick does bring down the aesthetic appeal of the town – but if you don’t dig brick, you can always locate yourself at the perennial closeout that is Cape St. Francis. J-Bay is the perfect combo of rural and urban, it’s small enough to feel like you’re on holiday, yet still offers the modern amenities of a sprawling metropolis like vegan meals (shout out to Ninas). The J-Bay coastline is also littered with surf spots, all of which are fantastic. From Kitchen Windows, all the way through to Lower Point, there’s a sick point break to shred on every jutting piece of coastline. J-Bay is one of the only places (in the country) where people of all different ages, sizes and abilities can gather together like one big happy surfing family and everyone can get sick waves. 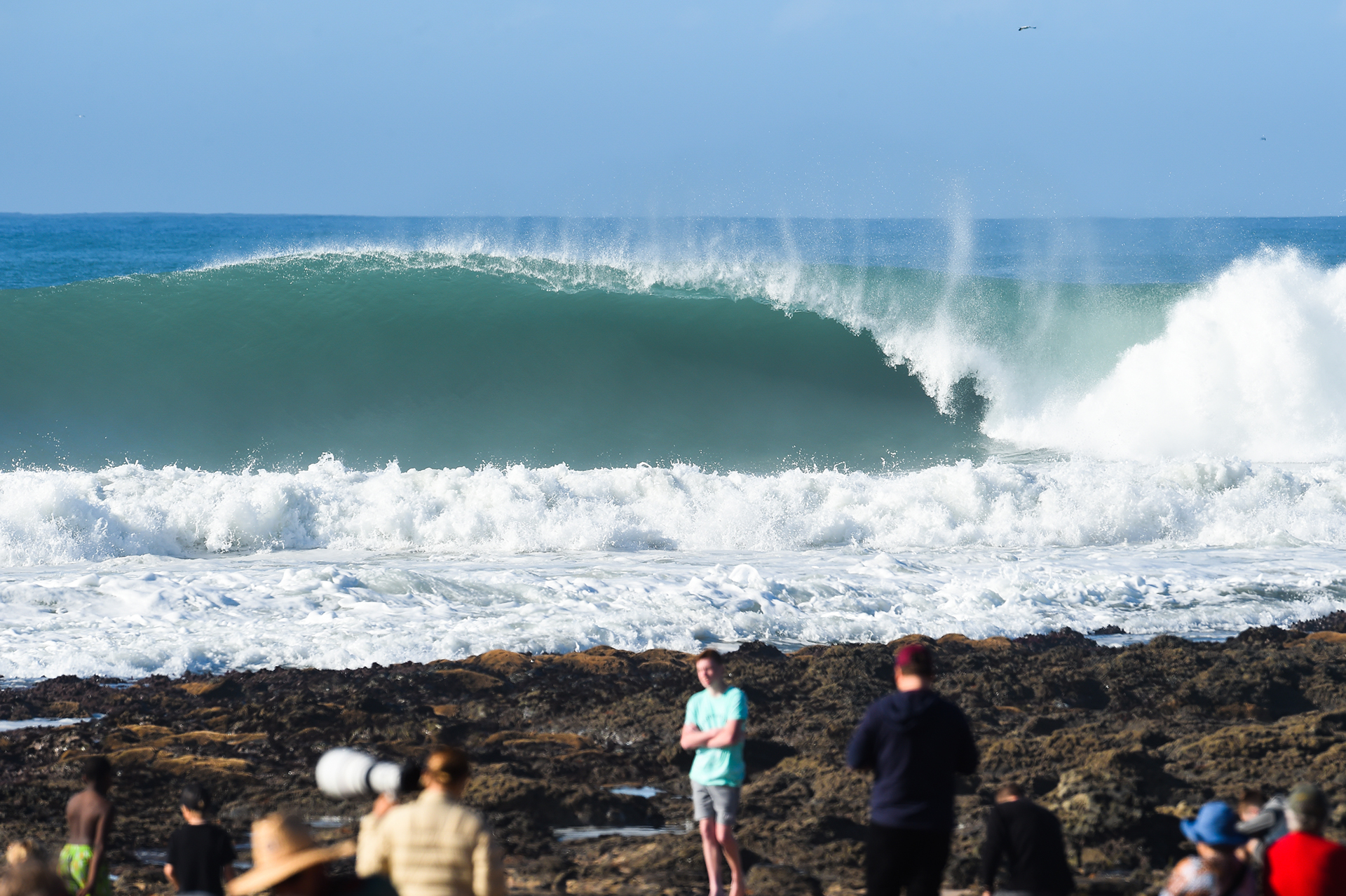 I didn’t attend any of the other music evenings beside the Garage Rock evening hosted by Zigzag. Mainly because I’m not into dance or acoustic stuff (sorry not sorry) but also because Garage/Psychedelic/Desert Rock slaps. Surfing is rock n’ roll. There’s no two ways about it. When Rabbit and Mark Richards were young, hip and shredding, I bet you they weren’t listening to synth pop. They were probably frothing on Zeppelin. Guitar amps blasting away, valves glowing, layered in reverb and distortion punctuated by the occasional scream. COVID stopped live music (especially live music played on instruments) but the Corona Open J-Bay brought it back to the surf world.

And yes, throughout the event calendar, there was tunes for everyone. Acoustic singer/songwriter stuff, some foot-stomping Billy’s Beach club thumpers, dad rock, social media pop and even the legendary 80s surf rock icon Robin Auld and friends.

All in all, if you weren’t there, you missed out. It was a feast for all the senses. It was that annual family gathering that you just wanted to be at. Until next year. Much love. 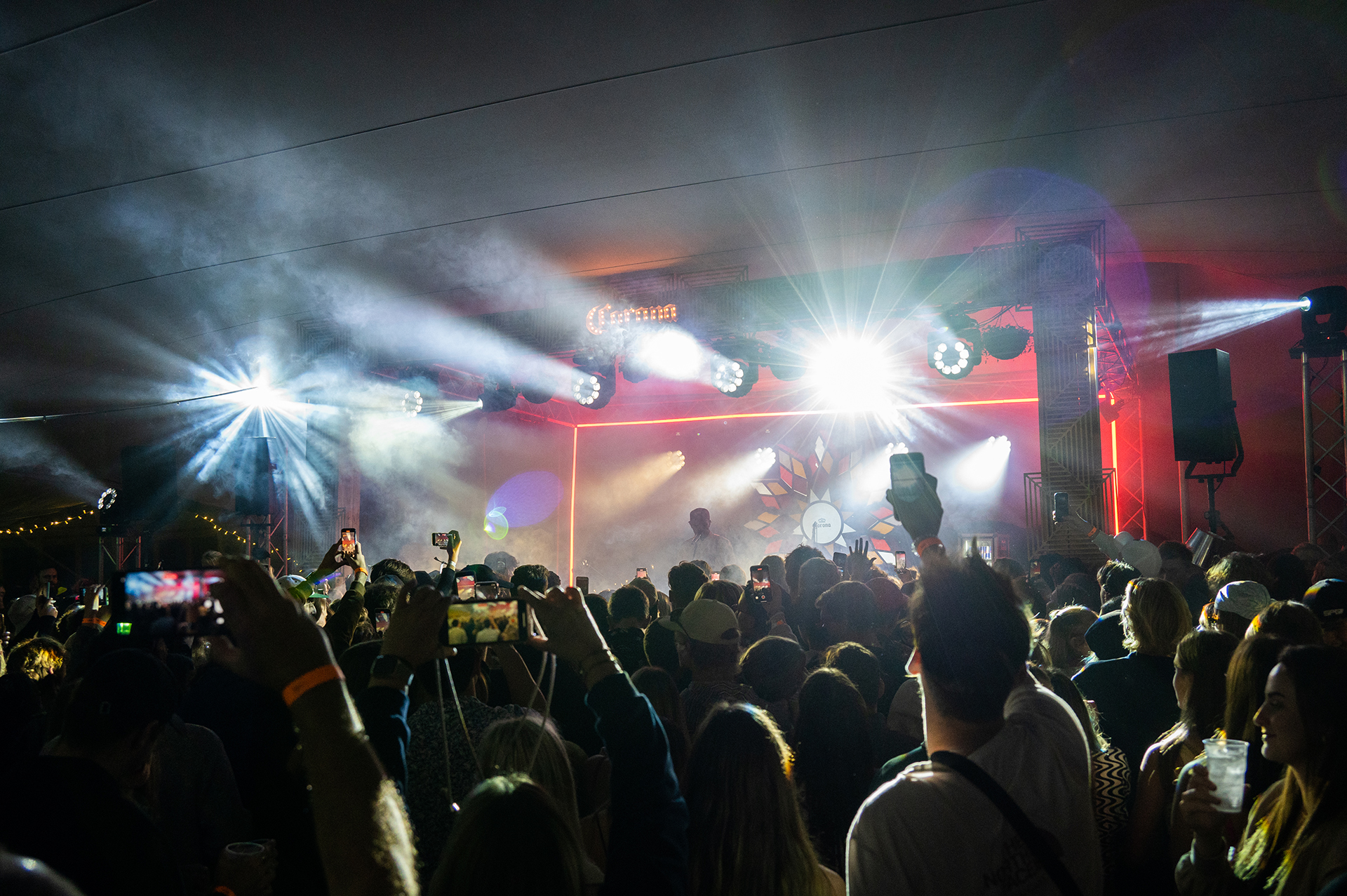